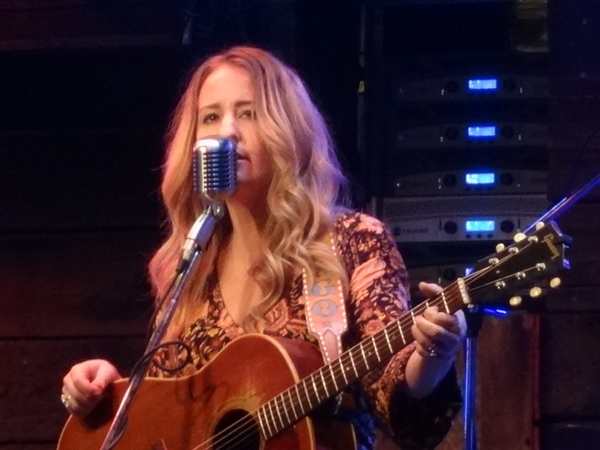 Something was clearly going on.

Margo Price, whose emergence on the Americana scene has been lauded as a return to “true country,” “what country used to be,” “the country heyday of artists like Merle Haggard and Loretta Lynn,” etc., had just exited, with the announcement that her band, the PriceTags, would be covering a song by the Meters. “I’ll be right back,” she promised.

The show had been going well. It was a beautiful night on the outside stage, and Price had provided a good-sized portion of her acclaimed and autobiographical debut album, Midwest Farmer’s Daughter, a record that mainstream Nashville had famously rejected time after time. After kicking off with “About to Find Out,” a call-out to those who found fame too easily and are “about to find out” what it feels like to fall. 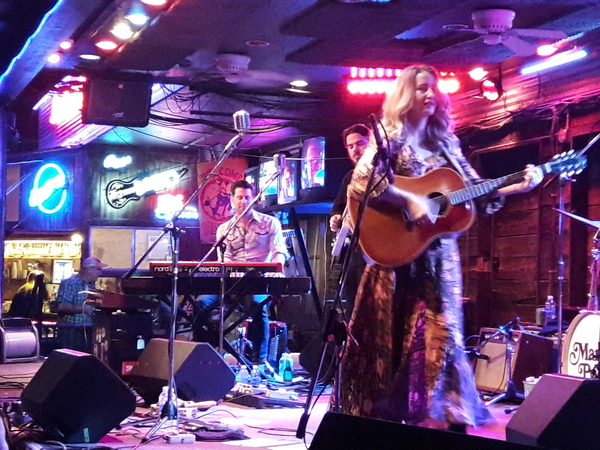 Even though, as she said, the band had been touring for about 30 days straight, Price’s voice soared through “Since You Put Me Down,” a roaring heartbreaker, and “Tennessee Song,” a crowd-pleasing rocker that kicks off with an attention-grabbing, arena-ready drumbeat of both departure and a return to Tennessee, not to mention a few ELO-style licks from keyboardist Micah Hulscher. Following “Paper Cowboy,” though, Price quickly introduced the band and took a break. 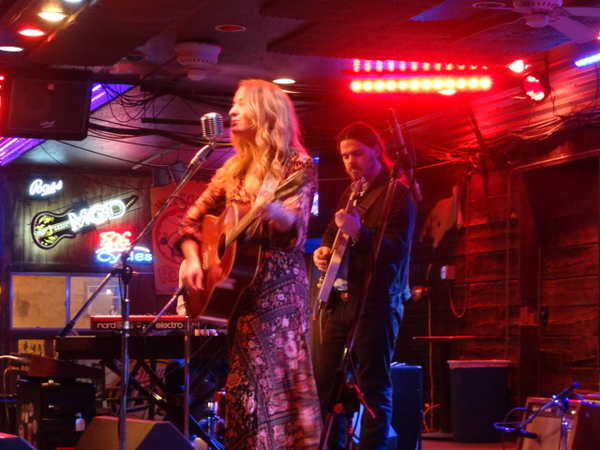 After seven minutes of spot-on New Orleans funk, Price returned and softly wound back into the evening with a song called “It Ain’t Drunk Driving If You’re Riding a Horse.” Although the title’s funny, the song isn’t, at least not completely. In Price’s first-person tale, a “mean,” messed-up cowboy gets pulled over, punched for sassing back, and arrested for intoxication while making the titular argument; after all, “the horse wasn’t drinking tonight.”

At that point, Price admitted feeling a little under that weather, but she bravely soldiered on. She introduced “a song by Kris Kristofferson,” mentioning that she’d had a chance to sing with him at the Newport Folk Festival. Her departure might have been partly from frustration with the many Friday night “talkers”; just before launching into “Me and Bobby McGee,” she said, “Maybe it will shut everybody up,” and as she finished, she triumphantly announced, “We did it! We did it!” It was a declaration of either pulling off a difficult song or getting the crowd to really listen. Her version did both. 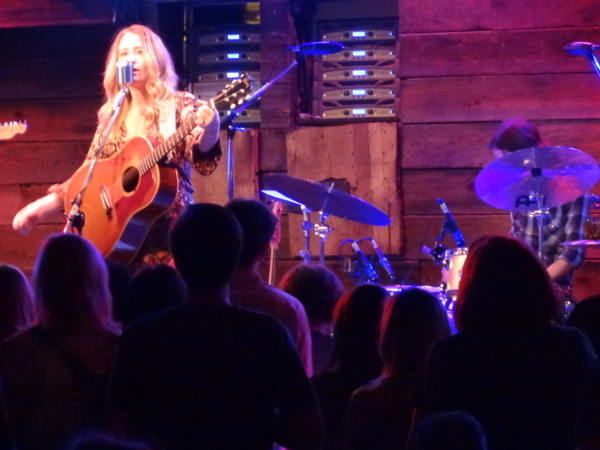 From that moment on, her show just kept getting better. She introduced the most autobiographical of her songs, the quiet “Hands of Time,” which she told the crowd she almost didn’t perform. “Hands” is a gritty, unflinching look at her family losing their farm, her own music career and alcohol struggles, and the pain of losing a son … plus her impossible wish to fix all of those. “Thank you for listening,” she said after the song’s immense close. (It would have been a shame to lose that one.)

Price followed with “Weekender,” which has a Patsy Cline sound but is a complex true story about weekends she spent in jail from a DUI sentence. Price hit the accelerator after that, pushing through Johnny Cash’s “Big River,” (complete with Hulscher’s funky piano lines). She introduced her kiss-off to the Nashville establishment, “This Town Gets Around,” by saying “I wrote this song about the ugly side of the music business, but it doesn’t just apply to that.”  By that point, Price had the crowd’s complete attention, and she pulled them in (and probably saved her voice) by dropping her volume, almost whispering the second verse of “Hurtin’ (on the Bottle).

When the encore rolled in, Price seemed fully recovered.  As the wind picked up outdoors, Price belted her way through a country-blues version of “Gotta Travel On,” a late-1950s Billy Grammer hit.  Her last heartbreak song, “Four Years of Chances,” was a doozy, the tale of a wife who’s done her best and is just plain done, and she captured every speck of  the song’s emotions.

The last song, Rodney Crowell’s “I Can’t Live Long Like This,” Price indulged in a dance somewhere between flamenco and power shimmy, executing a James Brown-style knee drop (which might have been only partly theatrical.) The real stories within her songs should be proof enough, but on this night, Price proved, once again, that she just perseveres. 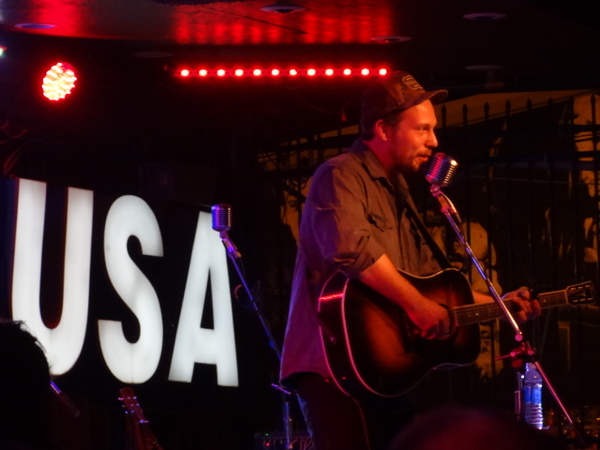 Leftovers: Opener Darrin Bradbury’s wry, understated songs, just to the right of John Prine on the bitterness spectrum, were a great warm-up. “Bob,” about “just Bob,” a man from just outside Topeka who never stood out, not even at his funeral, was memorable. His finale, “Life Is Hard: The Ballad of Jack Kerouac, Lenny Bruce and Daffy Duck,” is a wildly funny song, and Price’s background vocals made it even better.

About to Find Out

Since You Put Me Down

It Ain’t Drunk Driving If You’re Riding a Horse

This Town Gets Around

Hurtin’ (On the Bottle)