A movie that gives us a new way of looking at the world, even when the world is a dumpster fire. 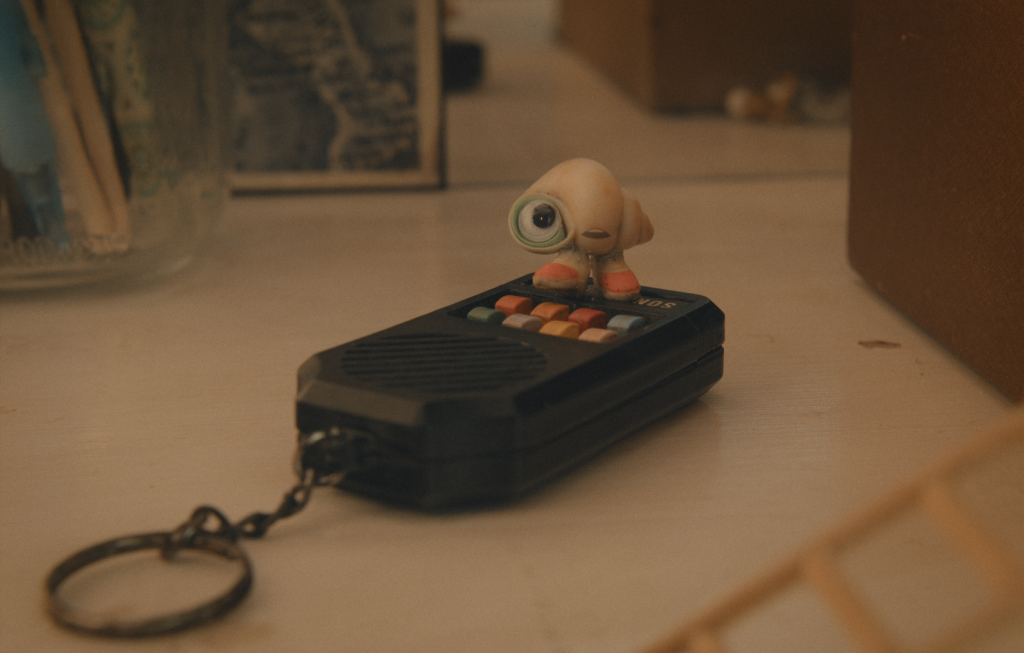 Marcel the Shell with Shoes On. // Courtesy A24

You’ve probably noticed the world is a giant mess right now. It feels like everything is the worst, and the same places we go to distract ourselves from our day with cute videos of kittens, weird scientific discoveries or petty celebrity gossip is also a public forum for people expressing their feelings on Everything Awful.

The answer, as with everything, is movies. Specifically, Marcel the Shell with Shoes On, an 89-minute expansion of the adorable viral shorts that premiered on YouTube between 2010-2014. Marcel is a balm for troubled times, a creative look at life’s mundane details, and a touching meditation on grief and loss.

You will laugh, you will cry and you’ll feel a little better afterward.

Marcel (voiced by Jenny Slate, who co-created the character with director Dean Fleischer-Camp) is, as the title suggests, a tiny seashell who sports a single googly eye and a pair of itty-bitty sneakers. Once part of a vibrant community of fellow shells in a large house, Marcel now occupies an Airbnb with only his Nana Connie (Isabella Rossellini) and pet lint Alan for company.

Marcel’s life is documented by Dean (Fleischer-Camp), a filmmaker staying in the Airbnb following a breakup. After Dean’s films of Marcel get popular online, the two of them attempt to find Marcel’s lost family while Marcel also comes to terms with Nana Connie’s declining health.

The early parts of Marcel, in which Marcel shows Dean around his home, borrow a few bits from the short films (“Do you know what I use for skis? Toenails from a man!”), while also adding material that brings Marcel and Connie’s world to life. They have a tenuous relationship with insects, for example, a nectar-addicted bee who can’t stop running into the window. Marcel and Connie use small items from around the mostly-empty house to build beds for themselves, garden or create a stage to sing on.

In addition to the film’s many creative touches, like the tiny shell houses that sit in the potted plants, or the pink crayon Nana Connie uses for rouge, Marcel’s biggest strength is in its performances.

As with the shorts, Slate is the heavyweight, improvising bizarre riffs and using a wide range of intonations to make the stop-motion character she voices feel vibrantly real. Rossellini seems appropriately happy to jump in and get weird right alongside Slate, whether Connie is matter-of-factly explaining how she taught herself to farm, or reading a poem about moving on after death.

The visual elements of Marcel harken back to the simplicity and boundlessness of childhood, creating imaginary worlds out of trinkets and craft supplies. The dramatic pieces, however, feel real and warm. Slate builds Marcel into a character we want to see thrive and succeed, and it feels like the most natural thing in the world to feel a little protective of him.

Like the Paddington movies, Marcel the Shell with Shoes On operates in a space where loss is real, but so is surprising joy, both big and small. Its many little details and unexpected surprises are a delightful reminder that the world, as nasty as it often is, still contains capacity for wonder and connection and beauty.

Sometimes reality is bleak, but there’s always another way to look at things.

Categories: Movies
Tags: 60 Minutes, A24, Dean Fleischer-Camp, Isabella Rossellini, Jenny Slate, Marcel the Shell with Shoes On, Paddington, You Can Have A Soul Again