Marc Summers talks On Your Marc, ahead of Thursday’s sold-out Alamo screening 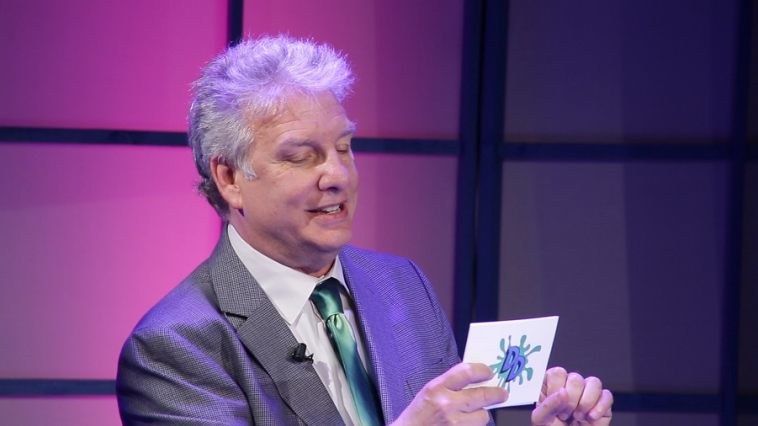 To adults of a certain generation, Marc Summers is the laid-back, super-fun uncle they never had.

Summers was a Nickelodeon staple of the 1980s and early ’90s, the ringmaster of that cable network’s slime-powered game show Double Dare. Among his now-grown-up fans: Alex Brightman — the Tony-nominated star of Broadway’s School of Rock. When Brightman met Summers, the host said he wanted to do a one-man show about himself.

Famous last words. Not long after that conversation, Brightman and composer Drew Gasparini were writing the play Everything in Its Place: The Life and Slimes of Marc Summers, which premiered in April 2016 as part of the Bloomington Playwrights Project.

Meanwhile, writer and filmmaker Mathew Klickstein — who wrote Slimed! An Oral History of Nickelodeon’s Golden Age and was living in Lawrence, Kansas, at the time — heard about the show and called Summers.

“Klickstein comes to me and says, ‘I want to do a documentary on the one-man show.’ And I went, ‘Never gonna happen,'” Summers tells me. “First of all, nobody cares. And second of all, I don’t even know if I can do this theater show, OK, so the last thing I need is you sticking a camera and microphone in my face when I’m trying to memorize 70 pages of dialogue. The answer is no.”

But Klickstein persisted, and the result is On Your Marc, an 82-minute documentary that screens around the country October 19 (locally at Kansas City’s Alamo Drafthouse) and is followed by a live-streamed Q&A-game-show hybrid featuring Summers and guests. Let there be no doubt that Summers has left his mark on countless fans; the KC theater is long sold out.

“Double Dare did not start the network, but it definitely helped to launch it into the stratosphere and allowed it to become this billion-dollar entity,” Klickstein says. “The energy that Marc brought to that really helped Nickelodeon become what it is today.”

One thing his fans connect with is Summers’ lack of ego. He realizes that, to many people, he remains at most a vaguely familiar “that guy” (if not from Double Dare then perhaps from hosting Unwrapped, the longest-running show on the Food Network). But his life turns out to have been plenty eventful, on and off the air.

Summers was on Romper Room as a kid, did radio, was a professional magician for years (performing at Hollywood’s Magic Castle), and was a stand-up comic at the Comedy Store in the days of Letterman and Leno — all before he started writing, hosting and producing TV shows. In 1995, the man who had hosted 482 episodes of a hit show, deploying untold gallons of goo, was diagnosed with debilitating OCD. In 2009, he began a five-year battle with leukemia that he kept under wraps. And in 2012, he was in a car accident that cost him, he says, “80 percent” of his memory and “broke every bone” in his face.

The foundation of On Your Marc is a behind-the-scenes look at the making of his one-man show. It’s a solid device that involves the audience more intimately with Summers’ story; we’re not watching a mere highlights reel.

“This is not just a typical talking-head pop-culture documentary where we just get a bunch of people to talk about Marc Summers and Unwrapped and Double Dare,” Klickstein says. “That has its place, but it can also be quite boring and alienate people who may not know who Marc Summers is. Marc agreed with that and when they started putting together the theater show he said, ‘Now we have an actual story.’”

When the movie was finished, Klickstein had moved to Baltimore, but he still had close ties to Lawrence. Co-producer Jon Niccum and associate producer Jason Barr are both mainstays of the city’s creative community, and postproduction for the final sound and coloring touches for On Your Marc were completed in Lawrence, at Through a Glass Productions.

Now, Summers is on a monthlong tour to bring the film — and himself — to fans.

“Because of them, I’ve had this extended career,” Summers says. “They followed me over to Food Network, and so I became the next generation’s Dick Clark. It’s always funny: I’ll be walking down the street in the city of your choice, and somebody will come up to me and say, ‘Are you who I think you are?’ And I’ll say ‘Bob Barker?’ And they’ll say ‘I know you hate hearing this…’ And I’ll always say, ‘No, why would I hate hearing this?’ The fact that I’m a 65-year-old man and you actually remember who I am? I mean that’s the coolest thing ever.”