Marc Labelle and Wolfgang Van Halen on the Young Guns Tour, bringing rock to the masses

Dirty Honey and Mammoth WVH co-headline the Uptown on Sunday.

Coming to Kansas City at the Uptown on March 13, this double headlining bill looks to show that “rock really is alive and well, creating rock stars of a new generation and drawing in a whole new crowd looking for that raw, frenetic energy that the genre has long been known for.”

Dirty Honey’s star is on the rise, thanks to the band’s recent cover of Prince’s “Let’s Go Crazy” for the National Hockey League’s Winter Classic in Minneapolis earlier this year. Mammoth WVH’s single, “Distance,” was nominated for a Best Rock Song Grammy, to say nothing of Van Halen’s stint playing bass for his father and uncle’s eponymous band from 2007 to 2020.

We spoke with both Dirty Honey singer Marc LaBelle and Mammoth WVH’s Wolfgang Van Halen to discuss how the two bands came to tour together, and their thoughts on the current state of rock ‘n’ roll. 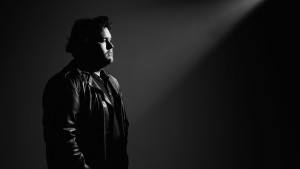 The Pitch: How did your bands come to know each other to do this co-headlining tour?

Wolfgang Van Halen: It kind of just all fell together. We have the same booking agent and we had done a bunch of festivals last year and we were all on the bill together, so it just seemed after watching each other like a nice match. Then we had one show together, I believe in South Carolina, and it went really well. So that just was kind of the burden.

A co-headlining tour is so interesting because it means that the audience is going to get two big sets. Are you guys trading off who plays last through this tour, as well? 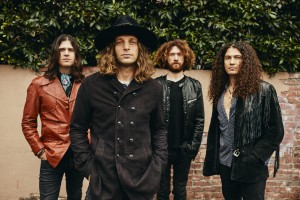 What draws the two of you into playing this music? You’re both very rocking, but you’re still quite different.

Marc Labelle: Obviously, having a different set of flavors. People have different palettes for music and broadening Wolf’s fans’ horizons and introducing them to Dirty Honey and vice versa is a good thing for music in general—especially rock music being that there’s seemingly so few real rock ‘n’ roll bands out there these days. I think there’s definitely mutual respect from both bands and we appreciate one another’s music and certainly the effort and the drive that it takes to be in a band in 2022.

It’s not an easy thing, so there’s definitely built-in respect there and genuinely–I’ve seen the guy play, I’ve seen his band play. I think they’re amazing. He sounds great. He plays great. That’s definitely something we appreciate.

You just said it’s hard to be a band these days, period, but being in a rock band requires an audience to really feed off. How have you been coping the last couple of years?

Wolfgang Van Halen: Not too well. It’s been tough, especially with my album, ’cause it had been sitting for so long. I had a lot of personal things going on in my life that erupted throughout the pandemic, so it just made things that much worse. It was just not a very good time. Last year, being able to go out for a little bit was quite the release for sure.

Marc Labelle: Same for us. There’s definitely an appreciation that you have for what you do when it gets completely stripped away from you for two years. The takeaway from that is not to take it for granted. We all realize that everybody involved–even musicians from Guns N’ Roses and the Black Crowes–I’m sure they all feel this.

Wolfgang, your first live show as Mammoth WVH was here in Lawrence, Kansas. Could you tell the story of how you came to play your first show at the Bottleneck?

Wolfgang Van Halen: I think it was just trying to find the best places on the route to Hershey and it just made the most sense. It turned out really great. Man, I was so nervous. It was the very first show. I don’t think I’ve ever been so nervous, but we got it done and it was a really great time. I’ll never forget it.

Both bands have put out new albums recently. The Mammoth WVH album had obviously sat for a while, but how was the most recent Dirty Honey album recorded and put together?

Marc Labelle: We were we were on Zoom for a lot of it with our producer in Australia. The whole band was together at Henson Studios in LA, but that definitely had some challenges and nobody was very excited to do a record with a producer on Zoom, but the technology actually really exceeded everybody’s expectations.

I don’t think we’d ever want to do it that way again, but we were all very surprised at how well everything worked and how seamless the technology made everything. Getting together at our little rehearsal space–that part of the process hadn’t changed, but once we got to the studio, it was definitely different, to say the least

Wolfgang, because of the amount of time that your debut album spent waiting to be released, is there something nice–for lack of a better word–that it was nominated for a Grammy?

Wolfgang Van Halen: Oh yeah, absolutely. It’s an insane honor to be in the category I’m in. Just to be nominated in general–it’s something I never would expect when I recorded the album. It’s an incredibly gratifying acknowledgment for sure.

Given that both bands got to open for these really big legacy artist’s tours in 2021, what did the two of you learn from opening for The Black Crowes and Guns N’ Roses?

Marc Labelle: There was a lot of wisdom imparted to us. Even going back to opening for The Who, I think anybody that anybody that’s been doing it for a long time is doing it for the right reasons. They’re passionate about writing and performing music live. That’s the big takeaway for me.

I look at people like Slash, who just really loves to play guitar and loves playing live and will do it with whatever project he’s working on. He loves going on tour. That’s his true passion. That’s a big takeaway: you gotta be doing it for the right reasons if you’re going to survive.

Wolfgang Van Halen: Really the biggest thing from touring with Guns is, is that it was less than them like telling us things and us taking notes, but it was more like just being allowed to take part in this well-oiled machine and the experience that came with that was a really wonderful learning experience.

You notably toured with Van Halen for a good long while. Making this transition to your own project and getting to tour it–what has that been like for you?

Wolfgang Van Halen: Oh, it’s been amazing. I think most people would maybe cynically be like, “He was with Van Halen and now he has to do this,” and it’s like, “No!” I think it’s much more of an incredible experience to be playing material that I personally wrote and to see people react to it and to people sing along.

Sure, Van Halen was amazing. The best part was being able to play with my family–my father and my uncle–and it’s memories I’ll never forget but, at this time in my life, I’m really ready to prove my worth past what my name represents and to be more of an individual throughout this process. It’s been a really wonderful time.

Marc, listening to the most recent Dirty Honey album, it was impressive to see the band take a song and title it with something that is another famous song and pull off something amazing. In the case of “California Dreamin’,” were you a little nervous about using that for a song title or having people assume it might be a cover?

Marc Labelle: I think once I found the different angle on it, lyrically, I definitely could relax and not feel like it might be judged initially as a cover, without even somebody listening to it.

I mean, you can kind of tell from the first four bars of the song, obviously, it’s a completely different song, but that’s the struggle for me, ’cause the first thing that came out when we were writing the song–in terms of lyrics and melodies together–was that chorus.

Then, it’s backtracking to figure out what the song is going to be about and, obviously, when that’s the lyric–“California dreaming”–and it’s optimistic in and of itself, once I found the hook to go the other way with it and talk about the darkness of living in LA, then I definitely could alleviate the pressure of that.

Part of the appeal for this tour is the fact that both bands play rock music in different ways. Dirty Honey is blues-based, dirty rock ‘n’ roll band, and Mammoth WVH draws from different things. Listening to the debut album, folks can hear elements of post-hardcore and emo leanings and things like that, which people might not expect from the last name Van Halen. Is part of the appeal of getting to play rock ‘n’ roll music just the ability to get up there and just play those riffs and see people rocking out?

Wolfgang Van Halen: The thing I’m most excited about this pair-up that we have here is that we’re completely natural. There are so many bands out there–I’m not naming names or anything–but that are tracked and that’s a huge bummer. If you’re gonna play tracks, I’ll just listen to you at home. The whole point of playing live is to have that ebb and flow. It’s not perfect. It’s live and there’s nothing like it.

That’s what really put my eye on Dirty Honey–seeing them throughout the shows we had done together, it was like, “Damn, it’s just them. They’re fucking killing it.” That’s what I strive to do with my band. That’s why I have a keyboard on stage with me, even though I play it for two songs. It’s because I’m going to figure out a way to shove it in there so I can actually play it and we don’t have anything going into the speakers other than our instruments and our voices.

The biggest thing for me is that it’s wonderful to be able to push this whole, “Let’s not only bring rock back, but let’s bring real performances back,” and we have a really great band to do that.