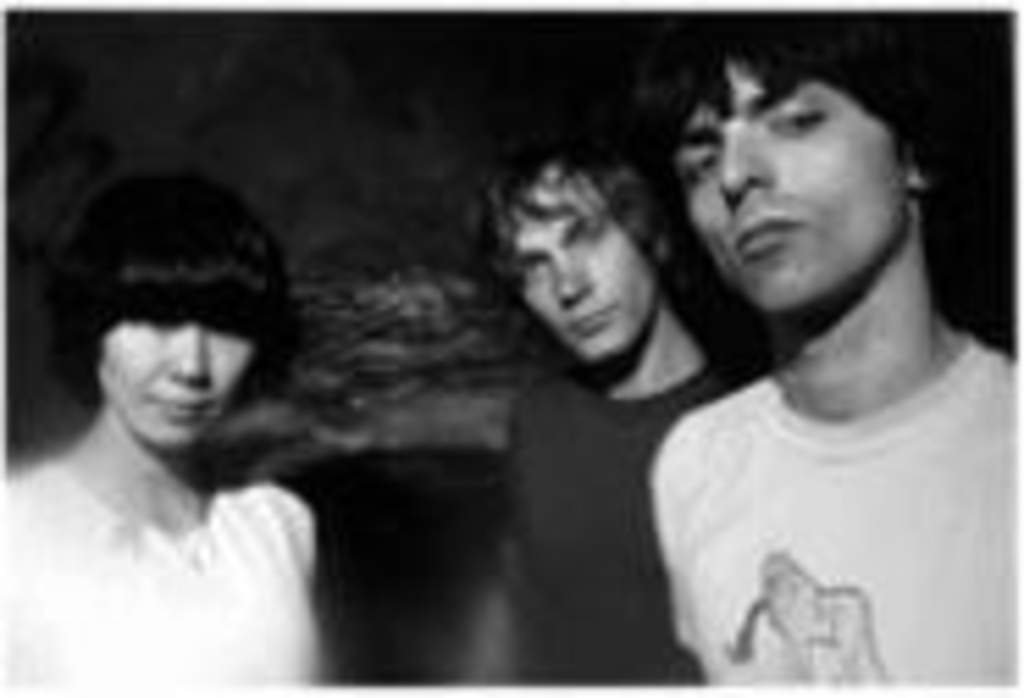 Toko Yasuda is hot. Besides her flawless complexion, her impeccable taste in clothing and eye makeup, and her effortless command of both keyboard and bass, the female third of Enon is a master at both demure, come-hither coos and balls-out howls. Add that pretty package to the Dance-Party-USA-on-Ecstasy that the music of this Brooklyn-born band inspires, and you’ve got something titillating enough to turn any respectable rock aficionado into a creepy fangirl.

We first got Toko fever two years ago at a shamelessly underattended show at the Replay Lounge. Three years later, on tour in support of the B-sides and rarities compilation Lost Marbles and Exploding Evidence (featuring DVD footage of a show at the Bottleneck), Enon is still way more hip than we could ever hope to be.

It’s somewhat reassuring, then, that Yasuda and her bandmate and boyfriend John Schmersal have moved from the hipster haven that is Williamsburg, Brooklyn, to a Philadelphia suburb. It’s also surprising that Enon has never been identified as part of “the Williamsburg sound” alongside former neighbors such as the Yeah Yeah Yeahs.

“I’ve been living in Brooklyn for seven years,” Toko tells the Pitch. “I never felt like we really fit in. It’s never clicked in my mind that we are a band from Williamsburg.”

Whereas most bands from Yasuda’s old stomping grounds are pop-and-locked into a snarling, too-cool musical aesthetic, Enon is capable of combining smart, original hooks with unself-consciously happy beats and face-slapping noise.

“We never plan what we’re going to do or what we should be,” Yasuda says. “A lot of bands have this image thing they want to pursue. The most important thing is to enjoy ourselves.”

Lost Marbles is a document of just that. Supplemented with a DVD that showcases Enon’s inventive high-art music videos, concert footage and home-video goofing around, the record takes a nonchronological approach to the band’s story. Through a mixed-up series of limited-edition singles, Web-only downloads and lost-in-the-couch-cushions gems, the CD tracks Enon’s evolution from Schmersal’s post-Brainiac solo project through three full-lengths, the addition (and subsequent subtraction) of a fourth member and, finally, the current trio with drummer Matt Schulz

Being on the road is another integral part of Enon’s livelihood. The leg that brings the band to Kansas City is its second trip across the country this year.

Yasuda says touring is fun. “We’re not a band you hear on the radio,” she explains. “We don’t really have huge backing as an independent band. Also, it’s the best way to hear us anyway.”