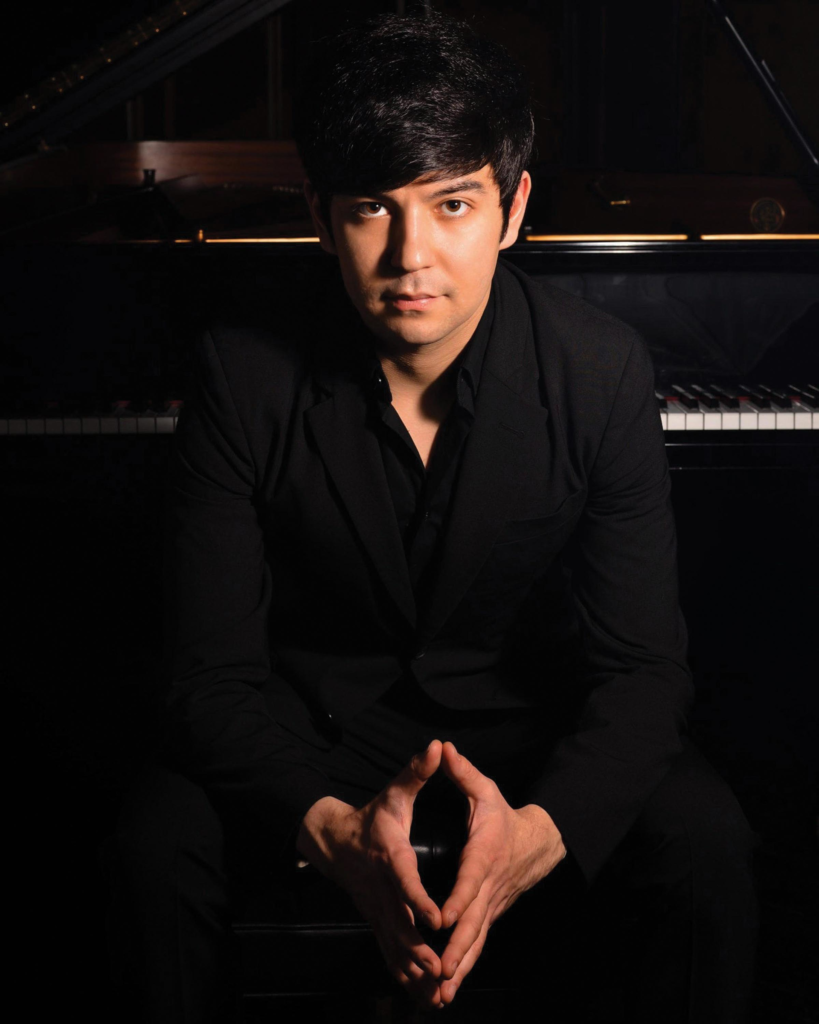 Every so often — and often late at night — when I’m writing about a performance, words fail me, and I helplessly explain to my imagined reader: “Dude, you just had to be there.”

It wouldn’t necessarily make my writing easier if more of you were actually there — I’d still have to write the damn piece — but in that general spirit, I’ve compiled below a list of classical shows you really should get yourself to in the first half of 2019. It was hard to boil down. But here’s one … or two … sometimes three … shows per month I highly recommend, from sternum-rattling compositions from two hundred years ago to post-genre spine-chillers from the here and now.

With his ever-growing international reputation and busy touring schedule, Behzod Abduraimov rarely plays recitals in town, despite his status as artist-in-residence at Park University’s International Center for Music. So this is a special one. Saturday, January 19, at the 1900 Building.

Though it is over 100 years old, Igor Stravinsky’s “Firebird Suite” is a dazzler — it lies on the flashier, more modern end of the canon for good reason. It’s being performed as part of Kansas City Symphony’s retrospective program, alongside work from Rachmaninoff, Nielsen, and Griffes. Friday, January 25, through Sunday, January 27, at Helzberg Hall at the Kauffman Center for the Performing Arts.

We have two chances this month to hear the music of Kurt Weill, born 1900. First is via Brad Cox in Owen/Cox Dance Group’s “What Keeps Mankind Alive” (featuring vocalist Krystle Warren), Friday, February 1, through Sunday, February 3, at Musical Theatre Heritage. Then, on Wednesday, February 9, at the Michael & Ginger Frost Production Arts Building, the Lyric Opera’s Exploration Series hosts a cabaret-style “Mack the Knife is the Man I Love.”

Harry Partch — aka the “Hobo Composer,” born 1901 — built his own instruments to fulfill his creative vision of microtonal music. In what is quite possibly a once-in-a-lifetime event, the University of Missouri-Kansas City’s Conservatory of Music and Dance hosts a weeklong residency featuring his instruments, specially trained performers, concerts, demonstrations, and scholarship. February 13-22, multiple locations.

The freaking San Francisco Symphony is stopping in Kansas City, courtesy of the Harriman-Jewell Series, as part of music director Michael Tilson Thomas’ final US tour with the orchestra. And they’re going to rock Sibelius’ Symphony No. 2. I live for this. Thursday, March 21, at Helzberg Hall at the Kauffman Center for the Performing Arts.

Commemorating the 50th anniversary of the Stonewall Riots, Heartland Men’s Chorus explores the history and significance of the LGBT rights movement with its signature heartfelt style. Saturday, March 23, and Sunday, March 24, Folly Theater.

March also brings a double whammy from composer Sarah Kirkland Snider. Her work will be performed by Kansas City Symphony (along with the often-parodied but undeniably banging “Carmina Burana”), from Thursday, March 28, through Sunday, March 31, at Helzberg Hall at the Kauffman Center for the Performing Arts. That same weekend (March 30), the Lyric Opera of Kansas City presents “Penelope,” a sort of Odyssey-from-the-female-perspective song cycle.

For a sumptuous take on historically informed performance, Friends of Chamber Music brings Atalante back to Kansas City. The show explores John Milton’s brush with the Illuminati in Venice in the 17th century. Friday, April 5, at Grace and Holy Trinity Cathedral.

Founded by Norwegian trumpeter Tine Thing Helseth, the all-women tenThing is a blast of brass power. Sunday, April 7, Helzberg Hall at the Kauffman Center for the Performing Arts.

For the third straight year, May’s First Friday in the Crossroads will be visited by some uncommon entertainment courtesy of the the Kansas City Chamber Music Festival, hosted by newEar Contemporary Chamber Ensemble. Friday, May 3, at the Bauer.

Bringing to near completion the entire Gustav Mahler symphonic cycle, maestro Michael Stern leads the orchestra in Mahler’s Symphony No. 3, its absurd and indelible majesty like a prolonged sunset — but more kick-ass. Friday, May 17, through Sunday, May 19, Helzberg Hall at the Kauffman Center for the Performing Arts.

“Resist,” from Musica Vocale, takes on issues of art in politics, immigration, and oppression. Sunday, May 19, location TBA.