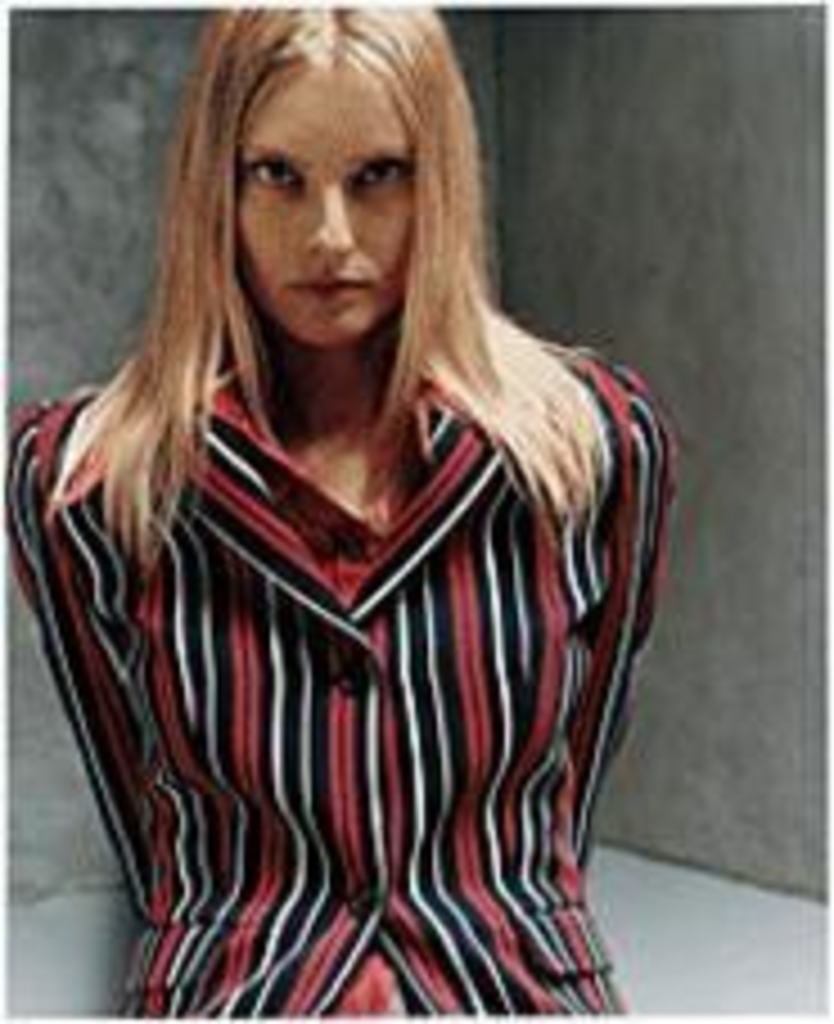 Beyoncé and her bootylicious sisterhood might claim survivor status, but time will tell. Twenty years down the line, when Ms. Knowles is Aimee Mann’s age, will she even have a career in show business? The odds are against it. Mann, on the other hand, actually has survived the slings and arrows of major-label mishandling, and she’s thriving as an independent artist. But the idea of Mann — who specializes in exquisitely morose, obsessive/compulsive midtempo ballads — gloating in song about how good it feels to prevail over all the dumbasses who kept her down borders on the inconceivable.

Finally free of her corporate shackles, Mann might be happier than ever before, but that doesn’t mean she’s going to write about it. “I don’t think it’s very interesting, at least not for me,” she says. “What’s to explore? Happiness — it’s good! Everyone should have some of it!”

Sadness, on the other hand, has always been a rich source of creative inspiration for Mann. Now that she’s completely in charge of her own career and no longer subject to the demands of industry types to write peppy, radio-ready singles, she can finally be as gloomy as she pleases. Her fourth and most recent solo album, Lost in Space, is the second CD she’s released on her Superego label and the first she was able to make without business-related distractions. Thanks to the Internet and the unexpected success of her contributions to the Magnolia soundtrack, she sold an impressive 200,000 copies of her previous record, Bachelor #2. By industry standards, that’s nothing to write home about, but for an independent artist, it more than pays the bills.

Despite her newfound freedom, Mann isn’t making any drastic stylistic changes. Although she’s definitely evolved as a songwriter since her days in ‘Til Tuesday (and God knows her coiffure is much improved), she’s not one to reinvent herself in response to passing trends. Mann, a pop classicist if ever there was one, resists the temptation to explore the experimental vanguard. Unlike her sometime collaborator Elvis Costello, probably her greatest influence as a songwriter, Mann doesn’t give the chattering class new stuff to talk about every couple of years. With each album, her sound recapitulates everything it’s always been while becoming somehow more so.

Mann admits she doesn’t hear any major sonic differences in Lost in Space and, what’s more, she doesn’t seem at all defensive about it. “I was happy to follow the mood of the songs, which is pretty dark, and just have production that was appropriate to that,” she says. “It’s nice to set up a mood and keep it consistent throughout the record.”

Though consistency isn’t always lauded as a virtue, in Mann’s case it’s satisfying rather than dull. With its warm, thrumming guitars, vintage synths and lush string sections, Lost in Space is defiantly pretty, state-of-the-art chamber pop that showcases its author’s prodigious melodic gifts. Her distinctive alto, by turns as heavy and rich as old satin and as clear and tremulous as a church bell, is always at the forefront. Early in her career, Mann’s lyrics sometimes seemed too clever by half, straining metaphors to the breaking point; now they’re every bit as acerbic but far more direct. They’re also unremittingly sad: Love is a drug, but it’s one that brings oblivion, not euphoria. Killing the pain might be possible, but only for seconds at a time. Happiness requires self-delusion and self-abasement.

Take these lines from the closing track, perhaps Mann’s most sad and beautiful composition to date: So baby, kiss me like a drug, like a respirator/And let me fall into the dream of the astronaut/Where I get lost in space that goes on forever/And you make all the rest just an afterthought/And I believe it’s you who could make it better/Though it’s not. That Mann can write an entire album’s worth of songs in this vein without seeming mawkish or morbid is her greatest strength as a songwriter and an interpreter.

Unfortunately, Mann’s talents aren’t the kind that the huge media conglomerates appreciate — which is probably just as well given that the music-industry behemoths that fucked her over seem ever closer to imploding. “I think [the music industry] is doing a lot wrong,” Mann says. “Obviously, people downloading music is a problem, too — there’s a whole generation of people who can’t even conceive of the idea of buying a CD. If you’re getting enjoyment from an artist, you should support their career; it’s only fair. But I think the record companies did a lot to contribute to the idea that music is disposable. You have to give people value for their money, or you can’t really expect to get their money. When you have these acts that are basically just a jingle for this image or vague lifestyle idea, you put down $15 and don’t really get anything. The music has to be the focus of it.”

Fortunately, Mann has figured out a way to beat the system. Although she’ll never get much airplay, she’s gotten just enough exposure on TV and film to reach a small but loyal audience. She’s the first to admit that she’s unusually lucky. “I got a lot of recognition from the Magnolia thing,” she says, “so my profile was large enough to be able to parlay that into a distribution deal and get records in the stores and have people know who I was enough to sell a few records, even without a big company marketing and promoting the record for me. I’d imagine that I have it easier than most people do.”

Under the circumstances, it’s no surprise that Mann’s a big fan of the television series The West Wing, that liberal fantasyland where smart people prevail and justice is served without soul-killing compromise. When the producers asked her a few months back to film a performance for an episode set at a Rock the Vote function (it was broadcast October 2), she jumped at the chance.

“It was really a last-minute thing,” she says. “They really wanted this James Taylor song [“Shed a Little Light,” from 1991’s New Moon Shine], so I went to the studio and recorded it in a day, and then we filmed it a couple of days later.”

Even the enlightened Bartlet administration isn’t ready for a Mann original, it seems. But at least she’s getting heard in the real world.