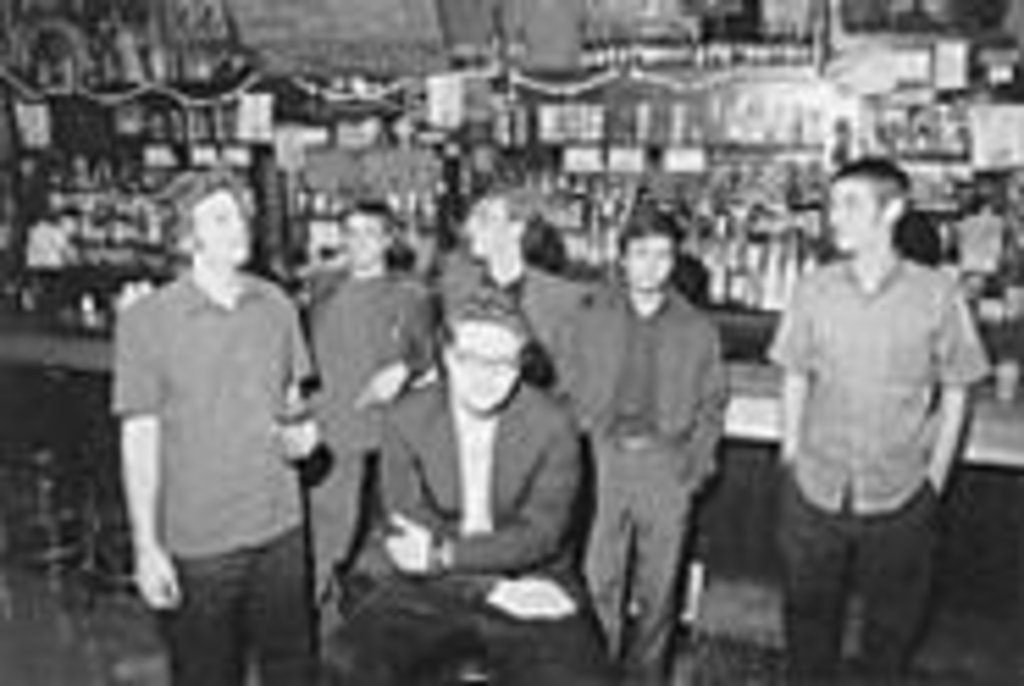 Manischewitz — the cheap Jewish wine, not the band — is a sickly sweet panty peeler beloved all along the East Coast. Manishevitz — the band, not the Kool-Aid-like grog — is an artsy Chicago glam-rock combo too few people know about. But like Roxy Music, the band’s clear inspiration, both excel at sweetening the perverse. The band manages this with an extravagance uncommon in our often hairshirted indie-rock. It has a sax player, synths, a sex-drenched swagger, ace songwriting and, in Adam Busch, a charismatic frontman whose kinda-like-Bryan Ferry vocals swoon and leer at the same time. At least that’s how Manishevitz sounds now. Busch has operated under the Manishevitz name since 1997, and his music (as well as his bandmates) has always been subject to his whims — not-bad indie folk here, some sunny pop there. The current incarnation is hands-down his best, however. The band is tight and surprising and rocks harder. None of which you could say about the wine, by the way.