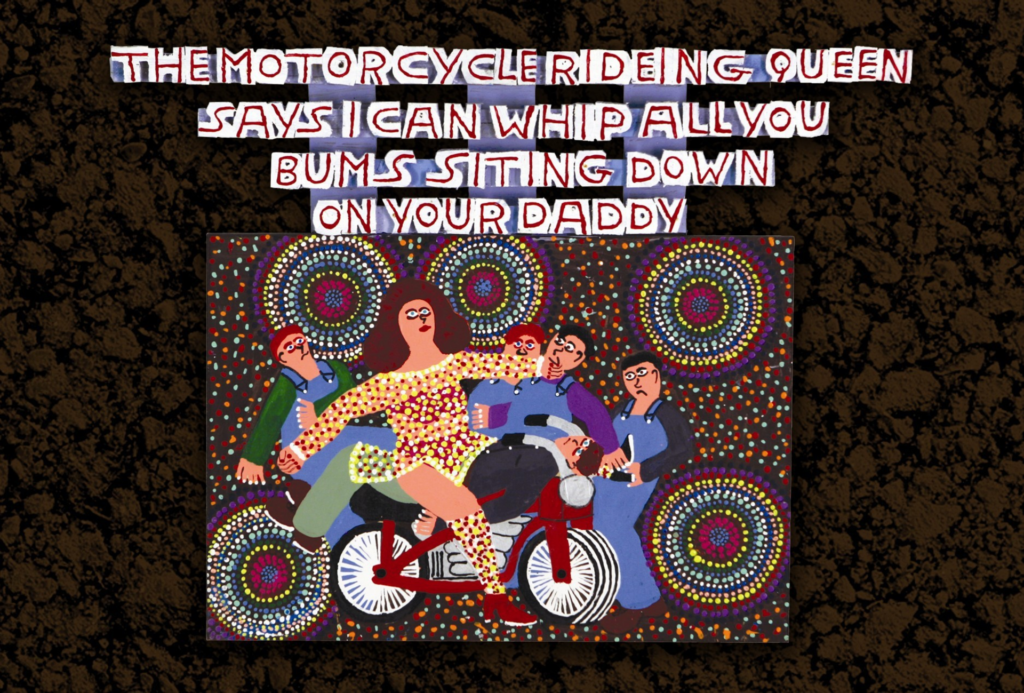 Outsider art as a designation for work created by nonprofessionals sometimes comes off as derisive or elitist, but Mo Dickens uses the term with unabashed affection for the art when he talks about Rare Visions — Detour Art, the exhibit opening tonight at the Belger Arts Center (2100 Walnut, 816-474-3250). “Most of this work wasn’t made to be in a museum or a gallery,” says Dickens, the Belger’s gallery assistant. “A lot of it was found hanging on a tree or on a fence. We’ve had to blow leaves off some of these pieces.” The exhibit is co-curated by Michael Murphy, one of the creators of KCPT Channel 19’s nationally syndicated Rare Visions and Roadside Revelations, and by Kelly Ludwig, author of Detour Art. Dickens emphasizes the rarity of such exhibits in the Midwest, particularly on the near-epic scale enabled by the Belger’s size. “Big museums in the South will do large shows like this, but I haven’t seen a large-scale folk-art show in Kansas City since I’ve moved here. The American Folk Art Museum is right next to the Museum of Modern Art in New York. It’s common to show this work in a gallery setting in other places. And maybe after this show, it will be here, too.” The show includes work in various media by 66 artists and includes a “Hell Room,” reflecting the prevalence of devil imagery in folk art. “Many of the artists have religious stances, and we have about 29 images of the devil,” Dickens explains. “If there’s anybody who thinks that art shouldn’t get into moral issues, they should stay out of the Hell Room.” Artist Erika Nelson of Lucas, Kansas, will exhibit her van full of tiny sculptures based on “World’s Largest” roadside attractions. “We’re going to have the world’s largest collection of the world’s smallest versions of the world’s largest things. It’s a van that’s decorated. We’ll drive it right into the garage,” Dickens says.— Chris Packham