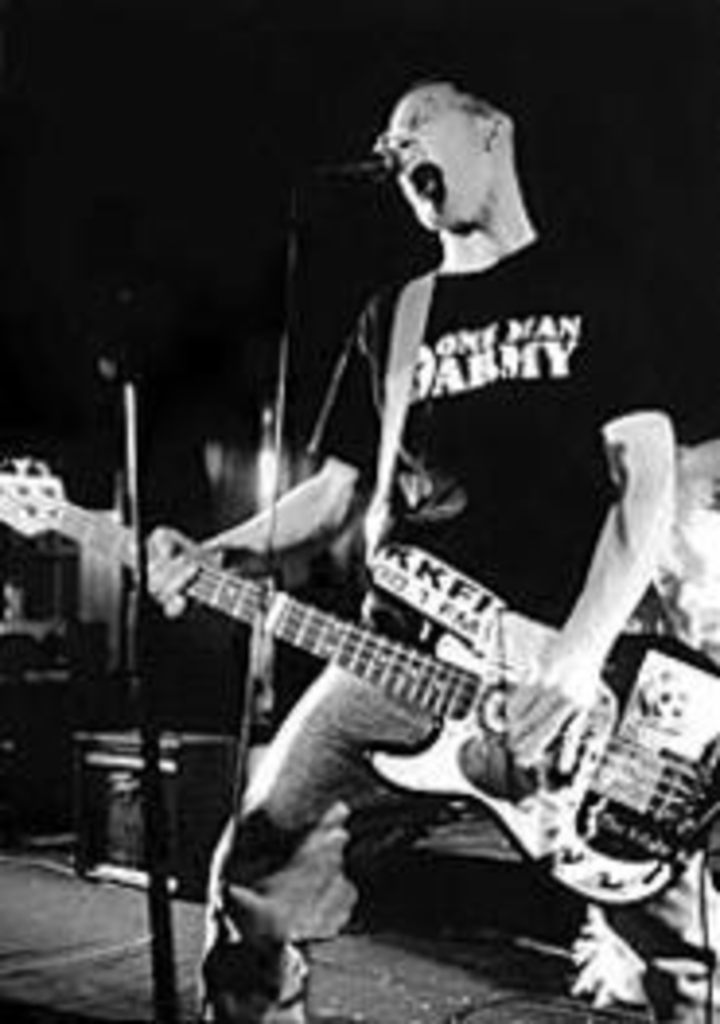 The local music landscape has changed quite a bit recently. In a city that once had a reputation for being a brutally negligent parent of all-ages clubs, El Torreon has survived and even thrived, pulling in attractions that range from the demented (Girlie Freak Show and Genitorturers have literally shocked the masses) to the unexpected (Sam Shepard’s play State of Shock). And that’s not to mention the Uptown Theater and the Madrid Theatre, both of which have sprouted up in the central city to the acclaim of music fans and performers alike.

During the same time frame, Tanka Ray has evolved for the better as well. A few years ago, its members were scraggly punks eyeing the end of high school and having difficulty booking out-of-town gigs. But it’s a tighter, tour-savvy bunch ready to release its first full-length album, … And So I Abide. “The scene here is definitely more grown-up,” bassist and singer Jimmy Fitzner says. “But maybe that’s just ’cause I grew up a little. I’m nineteen now, so I’m looking at it through different eyes.” But he’s also looking at a different landscape, noting that the stability of El Torreon offers a marked improvement over the every-night-might-be-the-last uncertainty of the Fusebox and other short-lived punk haunts.

Tanka Ray, whose debut disc comes from streetpunk stalwart (and CD-release-party gigmate) GC5’s label Costa Nostra, also seems built to last. And it has solidified its status without dulling its edge, though the title … And So I Abide suggests a mature (or even pretentious) new attitude. A listen to the song of the same name would clear up such misconceptions, but listeners will have to wait for a B-sides and rarities collection, because the title track didn’t end up on the album.

“That’s Matt Allison’s fault,” Fitzner says, pointing a stiff little finger at the esteemed producer who turned the Alkaline Trio from Windy City whiners into the next big thing. “I’m not trying to name-drop or anything, but he did lose the title track,” Fitzner adds. Still, the record holds up just fine by itself, shoveling the band’s pervasive live energy into fourteen action-packed tracks of pure rock fun. That is, if your idea of fun is learning “How to Be a Hoodlum” and extolling the virtues of being a “Young Hooligan”; if not, it shouldn’t take long to get interested. (Thousands of soccer fanatics can’t be wrong, can they?)

Fans might have to wait to acquire these valuable life lessons because, as the Go Generation can testify, sometimes the most notable party favors for a CD-release concert (the CDs) don’t show up on time. But even if the recorded goods don’t arrive as scheduled, a shot of Tanka Ray’s live set should be plenty potent enough to get listeners buzzing.

“There are some weird places, like Conway, Arkansas, where a hundred kids will come out just to see us,” Fitzner says. “Like the first time we played there, there was this big festival going on called Toadsuck Days, and the peasant farmers were lining the streets. Ever since then, that’s been one of our favorite places to play.”

Hitting the road has introduced the fellows in Tanka Ray to the hidden pleasures of such locales, but they haven’t forgotten the gritty reality of their beloved Northeast Kansas City ‘hood. When an ADT Security sales rep makes a pitch to Fitzner midinterview, Fitzner responds, “I’ve realized the shotgun method works just as well in my neighborhood.” Spoken like a true hoodlum. And like another local icon given to gat talk, Tech N9ne, Tanka Ray’s songbook contains countless KC references, though Fitzner says he has toned down that angle. “It’s not spoken with the same urgency [as before] because there’s a lot of kids in Kansas City now doing shows, and the scene here seems more stable,” Fitzner says. “But you couldn’t possibly listen to the record and read the lyrics and not know where we’re from.”

That might be true, but Tanka Ray has dropped KC-specific fan favorites such as “Riot on the Plaza” (which features classic couplets such as Smashin’ windows, poppin’ wheels/ Can’t run in stiletto heels/No more $50 meals!/Screw the upper-class; the “pride of the city” can kiss my ass!) from its setlist, and not just because it would have to explain to out-of-town audiences that it was singing about burning down the rich part of our town. It’s more because getting out, exploring the world and being exploited a bit in the process (one producer claims to have contracted salmonella in the midst of the recording process, testimony Fitzner derides as “fairly false”) have broadened the group’s worldview, causing it to look beyond the little pocket of the Midwest that it calls home. And whether that constitutes maturation, with all that term entails, or merely the inevitable process of growing up, the changed perspective has made Tanka Ray a better band.