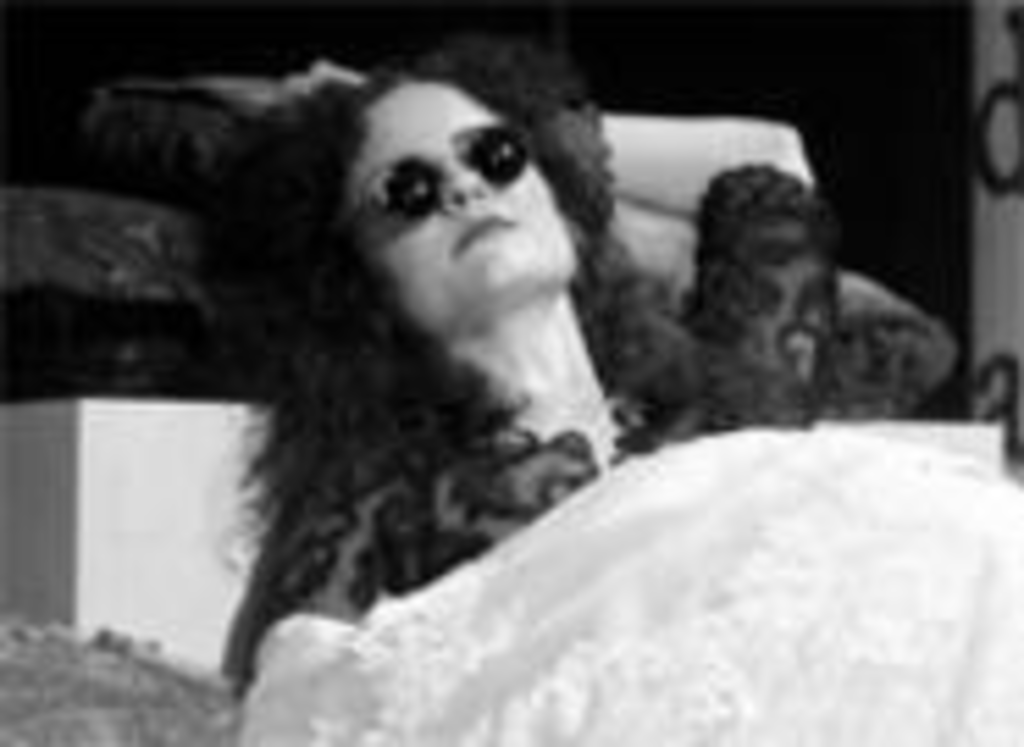 nterrupted by last week’s Best Of Kansas City issue, we’re playing catch-up this week, turning late to a pair of shows that might contribute to next year’s bests.

Closing first is George Bernard Shaw’s Man and Superman, a light Nietzschean comedy that finds the Kansas City Repertory Theatre at its best: lavish sets, professional acting and a classic piece of idea-packed writing that tingles in the brain but doesn’t ruin the night with eggheadedness.

At times, Shaw encourages us not to bother with the ideas at all. His Jack Tanner, the play’s tireless spout of theories and rhetoric, speechifies beautifully about the duty of artists and the viperishness of women. His raging makes up the bulk of the play. On love: “That’s the devilish side of a woman’s fascination. She makes you will your own destruction.” Cheerier still: “The true artist will let his wife starve, his children go barefoot, his mother drudge for his living at 70.”

We never take him too seriously, and Ann Whitefield, his ward and ultimate love interest, dismisses him as all talk. The great irony is that, by play’s end, they have both been proved right and both been proved foolish.

The plot is almost incidental to the show’s pleasures. We get a goofy will, secret marriages and disapproving aristocracy. Love is savaged by Tanner but idealized by maudlin idiot Octavius (the funny Ian Fraser, who has a heartsick quaver and looks a little like a Luke Skywalker Hummel).

As Tanner, Kaleo Griffith expectorates heroically, marshalling full-body ire for each of his many speeches. His Tanner stalks about while ranting, often throwing one foot forward and hanging there midstride until he has talked through a key point. Tanner’s brain so boils with words that his body is not sure what to do with itself. Ruth Eglsaer leavens Ann’s brittle intelligence with a touching hint of uncertainty. When she’s left to sit and listen as Tanner carries on, her reactions — such elegant disgust! — are as funny as his speeches. She’s at her best in the climax, when, with Tanner at last weakened and in her sights, she summons real majesty.

Under director Sharon Ott, the nearly three-hour play skips right along. The sets tend toward the grand — a two story library and a sunset-struck Spanish villa — and are framed with text from Shaw’s preface, reinforcing the feeling that these characters are confined in words, that words, not air, form the medium they pass through.

Tanner and Ann even seem to know they’re in a play. Once Tanner at last understands that Ann has targeted him, he flees her, knowing full well how these things work out; she pursues and snags her man. Their first kiss is greeted with applause not because we like them or expect that their marriage will be anything but miserable but because of our relief that, after all Tanner’s denunciations of love, the logic of plot gets them together. People pair off, even those who know better. In its very artificiality, this Man and Superman captures life.
A coup, of sorts, during Man and Superman, demonstrates the reach and power of the Rep: An antique roadster glides across the stage under its own power. This was greeted with vigorous applause.

Bitch that I am, I found it annoying; the dream space of the play was now a literal space, inhabited not by the idea of a roadster communicated to us by clever stagecraft but by this polished, distracting thing.

I kept marveling at how it lacked the soul of the Brown Bomber, a ’48 Plymouth rumbling through the Coterie Theatre’s charming civil rights-era drama The Watsons Go to Birmingham — 1963. The closest we come to seeing the Bomber is a couple of crates and a steering wheel, but — like everything else in Watsons — we feel this car.

University of Kansas auteur Kevin Willmott adapted and directed Christopher Paul Curtis’ popular young-adult novel, and he demonstrates again that he’s this area’s gold standard: Anything with his name on it is worth your time. His cast includes talented kids, familiar pros and jazz goddess Queen Be as the Watson kids’ stern but loving grandmother.

Willmott maintains the chatty voice of Curtis’ book, letting preteen Kenny Watson (Donnelle Saunders, in a stirring debut) narrate with warmth and humor. Fearing that their son Byron (a brooding Nicholas Alexander) is falling into what passes for thug life in early-’60s Flint, Michigan, mom and dad Watson load the Bomber up with squabbling kids and great soul records and haul south to Birmingham, where a set-him-straight grandma awaits — and where history is gathering.

Much of the first half is given to fun with the Watsons, who winningly laugh and fight. By the time they hit the road, we’ve come to know and care for them. Dad, as played by George L. Forbes, is big-hearted, a bit of a clown, but always dignified; as the show carries on, it’s painful to watch this decent man suffer the indignities that the South heaped (and heaps) upon black men. Lynn King has a trickier role as Momma, a woman more concerned about her family’s immediate safety than about the broader civil rights struggle. Once in Birmingham, Momma is shocked to meet Grandma Sands’ live-in “friend,” Mr. Robert (the great Harvey Williams). What follows is more grown-up than you might expect from the Coterie. Willmott understands that to sweeten the bitter truth of Birmingham would be to cheapen it. This means we endure a cop knocking Dad with a nightstick; we get some swearing and a couple of niggers. It also means we wind up in the 16th Street Baptist Church with those four little girls.

Sometimes the pacing is too quick, leaving us little time to feel or ponder before we’re on to the next thing. Overall, though, this scrappy production at a kids’ theater fights in the Rep’s weight class. Willmott and Curtis treat kids like grown-ups, which is rare; Shaw and Ott treat grown-ups like adults, which might be even rarer.