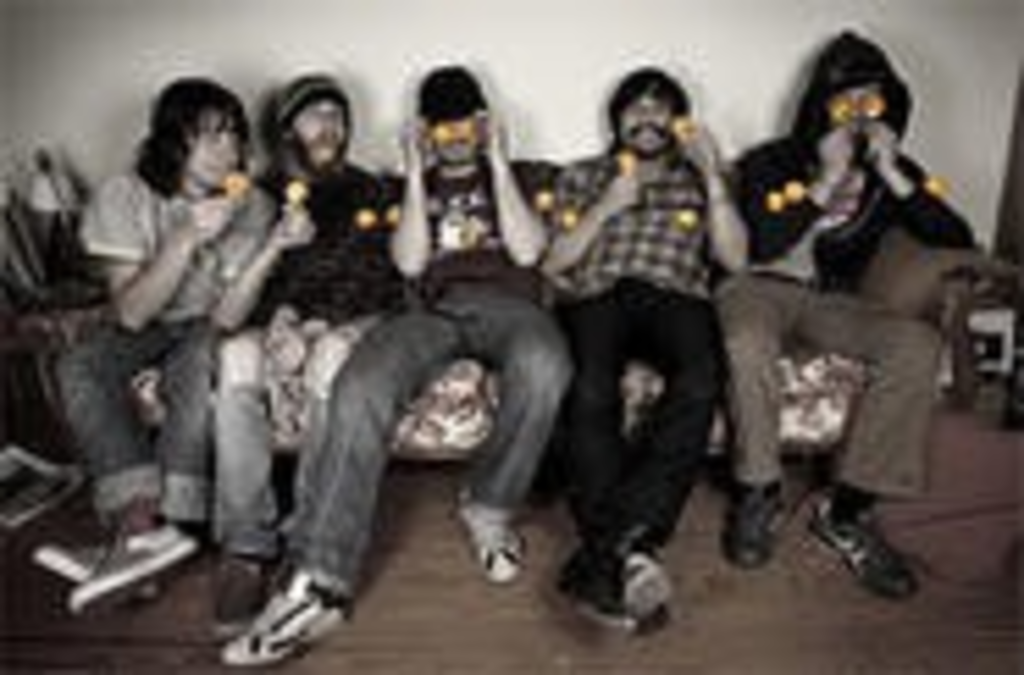 For Philadelphia’s notably disheveled Man Man, hackneyed comparisons with Captain Beefheart and Tom Waits must be flattering, but they’re hardly applicable. Granted, frontman Honus Honus (Ryan Kattner) has the kind of pipes that make him sound like he gargles with sand and yells at traffic all day — but his circus-barker shtick has neither the range of ideas nor the depth of soul for such heavyweight distinction. Instead, he recalls that histrionic little fella from Murder City Devils, overseeing a humor-driven ensemble that turns swamp blues, nursery rhymes, dreary Balkan waltzes and junkyard clatter into an artistic train wreck that’s well worth witnessing. Silly and turbo-charged live, Man Man infuses wild instrumentation — pump organs, clarinets, soup pots — with theatrical flourish and doo-wop-inspired harmonies. On its latest release, Six Demon Bag, the band offers welcome relief in a world of stagnant indie rock, rendering fresh perspectives on spider cider, 10-pound mustaches and the crippling migraines of a young Albert Einstein. Man, oh, man.