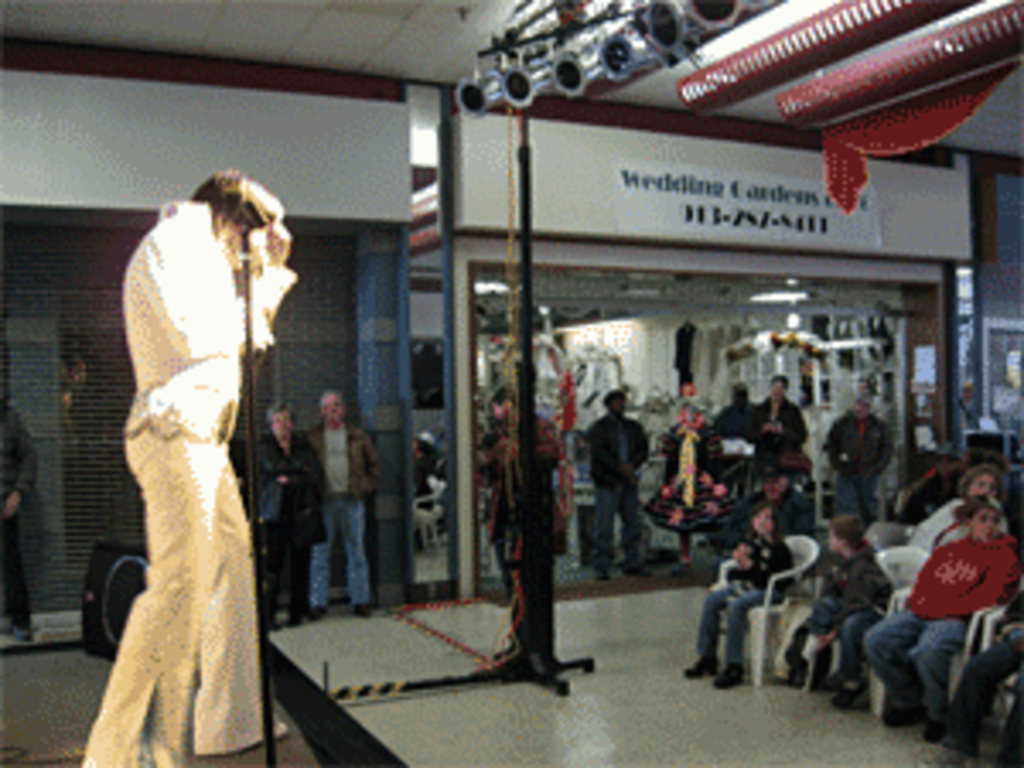 The Indian Springs Shopping Center at Interstate 635 and State Avenue in Kansas City, Kansas, pretty much died about a decade ago, but it has been putt-putting along ever since with a makeshift combination of Hispanic businesses, trade schools and DMVs. A recent takeover by local government bought the mall a date with the wrecking ball, but University of Missouri-Kansas City filmmaker Daven Gee, a Pitch Mastermind award winner, is intent on capturing every moment until then for his documentary Our Mall.
The film portrays Indian Springs as a microcosm of retail blight. Gee interviews tenants, scholars and mallrats to ascertain why American consumers have shifted their dollars to online and big-box retail. The film’s mostly unpaid production team needs beaucoup benjamins to meet its projected 2008 deadline. Hence, today’s New-Orleans-funeral-style fundraiser from 2 to 5 p.m. at the mall. Featured performers include Elvis II, Sweetpea the Clown and rapper Chris Hill (a former Indian Springs security guard). A $10 donation ($5 for kids and seniors) also buys a mall tour and all the popcorn and snow cones you can stomach. For information, call Gee at 816-235-1708 or see ourmall.org.
ourmall.org