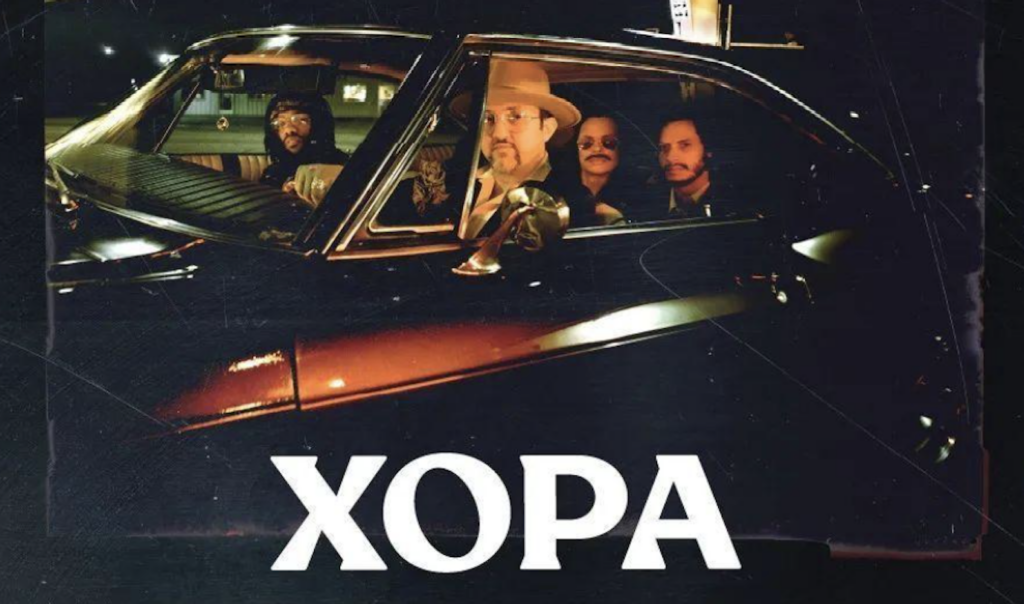 On Jan. 28, the Folly Theater will host Kansas City’s Making Movies in their live album performance of what vocalist and guitarist Enrique Chi claims to be their best work: XOPA.

“This is the first time one of our albums feels like it fully merges our ideas and just… the ability to listen and immediately enjoy it,” says Chi in an interview with our Editor-in-Chief last June.

If you’re unfamiliar with the infamous KC band, Making Movies consists of immigrant brothers vocalist and guitarist Enrique Chi and bassist Diego Chi, along with Juan-Carlos Chaurand on percussion and keys, and Duncan Burnett on drums.

They’re hailing from Panama, Mexico, and Kansas, respectively–”disparate yet similar backgrounds–parents that cherished music, fathers that kickstarted cultural movements, families in which gospel is critical to their very existence,” according to their bio.

The album blends spoken word, classic rock, African-derived percussion and Latin American rhythms like cumbia and Son Cubano as an exploration of the intricate and overlooked components of American music.

“There’s still a lot of freedom in this nation that needs to be preserved and expanded upon and made equal because it’s not the same for everyone..and this whole story–one about the missing pieces of American music–is what we’re determined to explore,” says Chi.

Their live album performance will differ from XOPA’s current manifestation in its brass-centricity. Whereas the album incorporates brass texturally, January’s rendition will emphasize a horns section led by Asdru Sierra of Ozomatli.

“We also expand our songs and we let them breathe live. There’s an improvisational element to the band,” says Chi. “And the room sounds incredible. It almost sounds like a recording studio. We taped some live stuff there, and our manager was like, ‘holy shit, this room sounds  incredible.’”

The sentiment is not wrong–the Folly Theater’s acoustics have been compared to Carnegie Hall. It housed vaudeville, opera, and burlesque up until the late 60’s when adult film replaced dancers and live shows and an arsonist imposed significant damage upon the foundation.

Following an eight-year restoration–headed by KC’s beloved Joan Dillon–the Folly Theater reopened in 1981 and has hosted comedy, jazz, and countless dance troupes and performers since.

“The Folly Theatre stands as a relic from the burlesque era when night clubs were open all night long and jazz music was evolving, whereas the Marriott across the street from the Folly replaced a whole row of juke joints…the architecture here in KC does not always tell a story, but the Folly Theatre does,” says Chi.

Chi’s allusion to the eradication of certain histories in Kansas City parallels a larger conversation surrounding the erasure of the cultures at the foundation of American music (and society).

“Sometimes the music just needs to move your body, and the message gets in that way.  That was the flaw of our earlier music. There are these other outlets–Amerikana TV, for instance–to house these conversations, so hopefully the music can serve as a magnet to attract people so that the conversations can surround them,” says Chi.

There’s a term for this in Western musical thought: entrainment. Entrainment, in a biomusicological sense, refers to the synchronization of organisms to external perceived rhythm. It’s present in the tapping of feet, the swaying of hips, the bopping of heads. 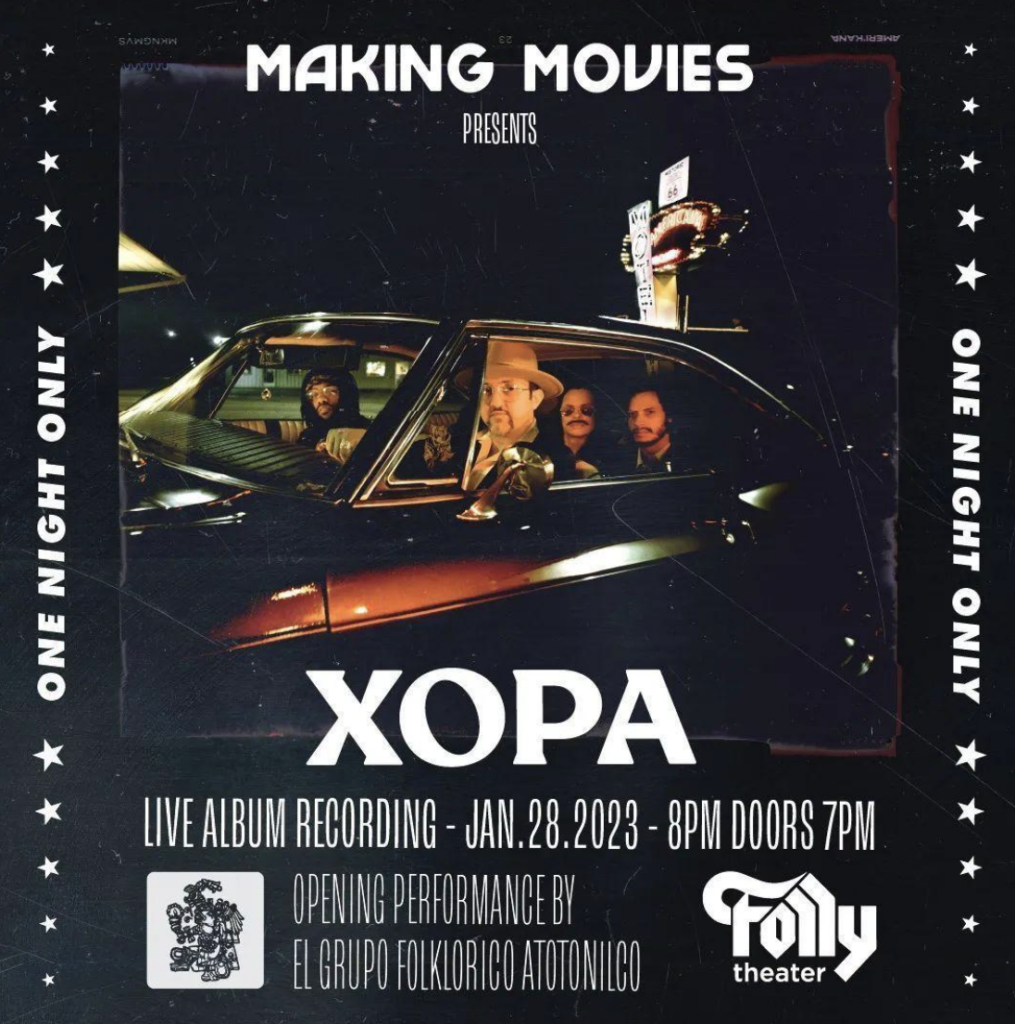 While entrainment is a Western concept, and Making Movie’s whole aim is to transcend the constraints of colonial narratives, it does point to rhythmic potential in evoking certain thoughts, emotions, and imagery.

“We were in Denver, and our show ended and we went out to the merch table, and I overheard this heated discussion about an individual’s  Mexican and Native American identity,” says Chi. “You can feel the pieces of your own heritage by the way that you absorb music if you’re open.”

XOPA’s complex rhythms elicit conversation regarding identity politics without an explicit reference to the topic. Making Movies’ collective fascination with erased histories parallels their circumvention of their own identities to acquire mainstream recognition.

“When we were trying to promote our first single from our first album, The Bridge was supporting us, but we were getting a lot of rejection from other local radios. So our manager suggested that we take every Spanish word out of our bio, including our names, and just claim to be a band from KC. He was right. We found more success,” says Chi.

The dark irony? Perhaps mainstream America’s inability to understand any language but English allows us to let go of lyrics and tune in with the rhythm and sounds, and feelings of Making Movie’s music–the very way the band intends.

“This album took us to the most diverse places: Monterey, Panama, Alaska, and now we’re hoping to expand to Europe. Every time I see a bigger perspective on the world, it makes me more excited to play at home,” says Chi.