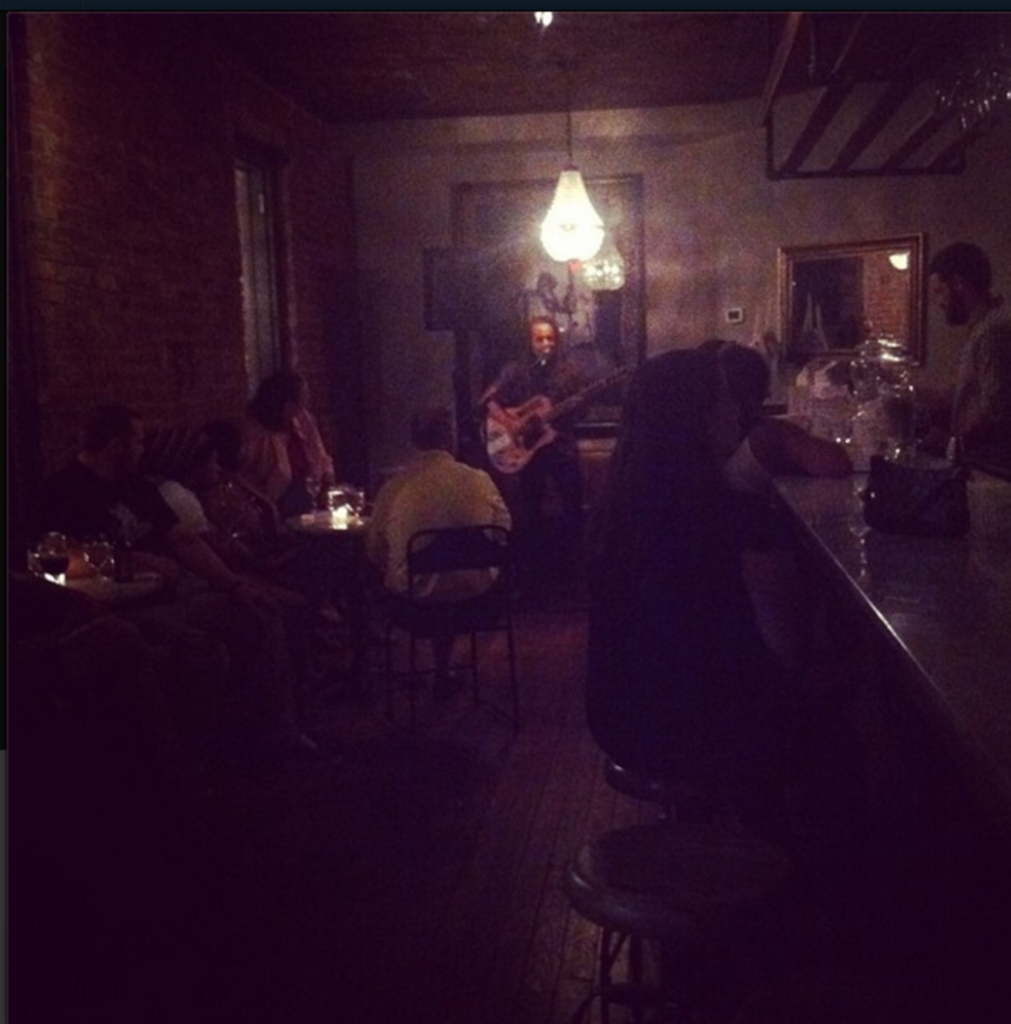 As if Ça Va in Westport didn’t already have everything you needed to survive (champagne, a ridiculous cheese plate, soft low lighting), bottle master and co-owner Justin Norcross is bringing live music into the fold. Beginning last night and running every Tuesday evening in August, Enrique Chi of Making Movies will be hosting a casual, stripped-down residency.

“We’ve wanted to do some live music in here for a while,” Norcross says. “We’ve had some before, off and on – Eddie Moore has played piano here before – but Enrique was available for August, and we just decided to run with it. Tuesday nights tend to be chill, so it works out.”

For his part, Chi played for the better part of three hours. His fluid set featured classic Making Movies cuts as well as some brand-new tunes, and even a few covers (listeners were treated to delightful runs from the Strokes and Van Morrison).

“We just got off a long stint of traveling, and I’m going to be home for a majority of the month,” Chi explains. “My brother is going to Panama for vacation, and our drummer is in Germany studying with this drummer that he adores. While they’re out of town, I didn’t want to be bored. And this is good opportunity to try some new stuff. We’ve been writing a lot of songs, so every week here, I want to try out at least two songs that we’ve never played in front of anyone before.”

Chi is also planning on bringing in some special musical guests: “I have a few friends who should make music but don’t – as in, they make music in their bedroom or in their basement, and they don’t perform,” Chi says. “So I’m going to showcase some of my friends that I know write songs, but the rest of the world doesn’t know.”

Chi performed inside the bar last night, but in the coming weeks – as the weather hopefully cools – he plans to move out to the patio. The residency will be a buildup, he adds, to the rerelease of A La Deriva in September.