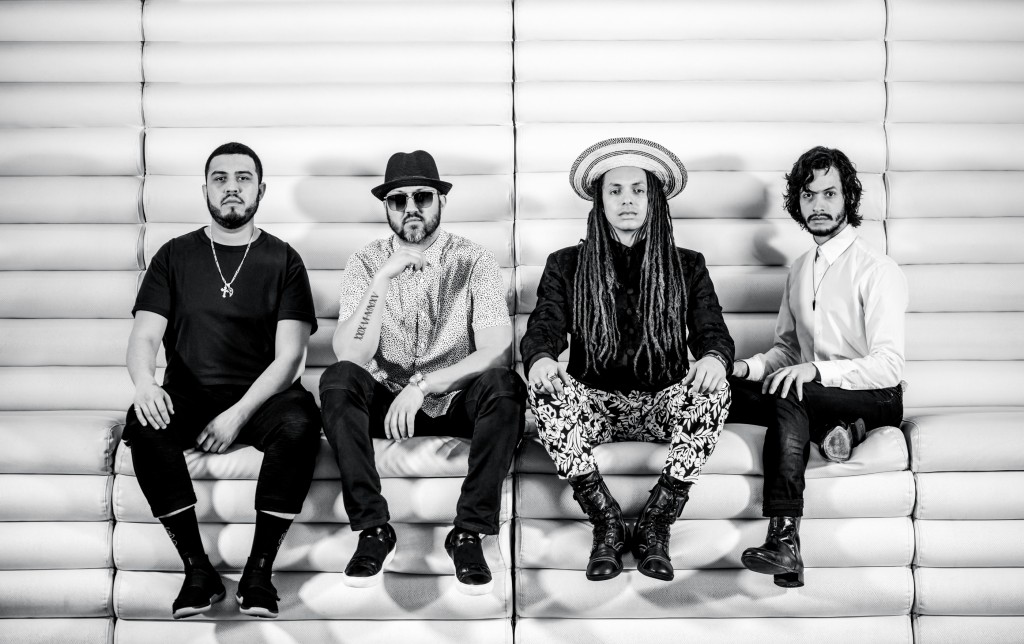 Latin Grammy-nominated Making Movies have announced a four-day virtual festival called AMERI’KANA that benefits Art as Mentorship, a music education non-profit established by band member Enrique Chi. The Kansas City band, supported by the Americana Music Association, will be exploring American music through performances, conversations, and music education from October 21 through the 24th.

The event will feature a livestream of Making Movies’ 2019 concert in Mexico City’s historic Auditorio venue, interactive panels with acclaimed musicians, youth performers from Art As Mentorship, and the debut of the festival’s titular documentary AMERI’KANA on the final night. The festival can be streamed in its entirety for free on Youtube or Facebook Live. Each night’s event begins at 8 p.m. CST.

“AMERI’KANA is a way for us to tell stories that have been lost in our music history,” says Juan-Carlos Chaurand, percussionist in Making Movies. He continues, “Let’s take an honest look at how this music came to be, and hear directly from those who inherited it.

This festival is a great opportunity to support youth music education in our own hometown. Art as Mentorship, created by Making Movies’ guitarist and vocalist Enrique Chi, directly empowers the creative youth of KC through teaching self-confidence, discipline, and entrepreneurial skills.

The third night of the festival, October 23, showcases the songs written by students of Arts as Mentorship’s Rebel Song Academy. These young people will perform their original music as well as collaborations with both local and national artists like Kevin Morby, Samia, Luke Winslow-King, The Black Creatures, Nina Diaz, and Addie Sortino and Brandon Yangmi of The Greeting Committee.

While admission to the festival is free, ticket packages that include bonus content, local food, and merchandise are available for purchase. These packages, as well as special (and extremely cool) AMERI’KANA merchandise can be bought at Making Movies’ website. Donations to Arts as Mentorship are encouraged, and can be found at this link.