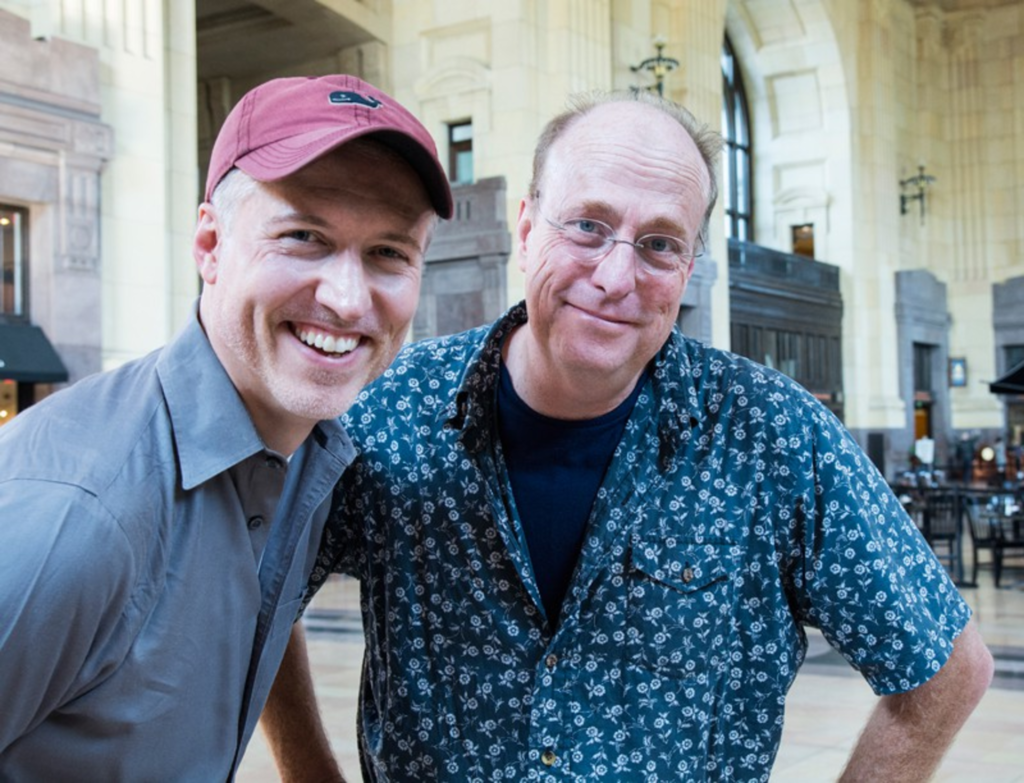 What I do
Brull: I am a husband, father, serial entrepreneur, inventor, and FTC robot team coach.

McMillan: Creating something or helping others do so.

McMillan: I’ve been told I don’t have game, but football.

McMillan: Anything that has beer in it, so …beer.

McMillan: Wherever the smell of grilled meat is coming from.

What’s on your KC postcard?
Brull: Union Station at night with the cool lights.

Finish this sentence: “Kansas City got it right when …”
Brull: It brought Maker Faire to Kansas City.

“Kansas City screwed up when …”
Brull: It tries to be like other cities.

McMillan: It shut down the KC Film Office in early 2000s. But look who’s back!

“I always laugh at …”
Brull: King of the Hill

“I’ve been known to binge-watch …”
Brull: How It’s Made and Top Gear.

McMillan: Comedians in Cars Getting Coffee.

“I can’t stop listening to …”
Brull: I love rock-and-roll and country music.

McMillan: Steely Dan, U2 and the Rat Pack, and an invite to the after-party at Frank’s.

“I just read …”
Brull: iWoz, the biography of Steve Wozniak.

What’s your hidden talent?
Brull: I love to cook soup.

McMillan: Painting … walls with a roller. Let’s not get carried away.

The best advice I ever got
Brull: If you can visualize it and believe it, then you can achieve it.

McMillan: Do good work, good by others and have fun — that’s when great things can happen.

Worst advice
Brull: That will never work, so why try.

My sidekick
Brull: My son, Ted.

Who is your hero?
Brull: My dad.

McMillan: My late grandfather, the man by which I measure.

Who (or what) is your nemesis?
Brull: Time.

McMillan: Matching the right idea to the right time to go big with limited means.

My favorite toy as a child
Brull: Go-Kart.

My dating triumph/tragedy
Brull: Triumph, my wife. Tragedy, pretty much all the rest.

My soapbox
Brull: Everybody’s got at least one great idea inside of them. We just need to develop it.

McMillan: StoryTorch Studios — we’ll be streaming to the world weekly from KC.

My recent triumph
Brull: I just received a patent this month.

McMillan: First Make48 last April. Thirteen teams around the U.S. in Kansas City on a chance and rocked. So proud!

The Make48 conference is October 2–4 at Union Station. See make48.com for more details.