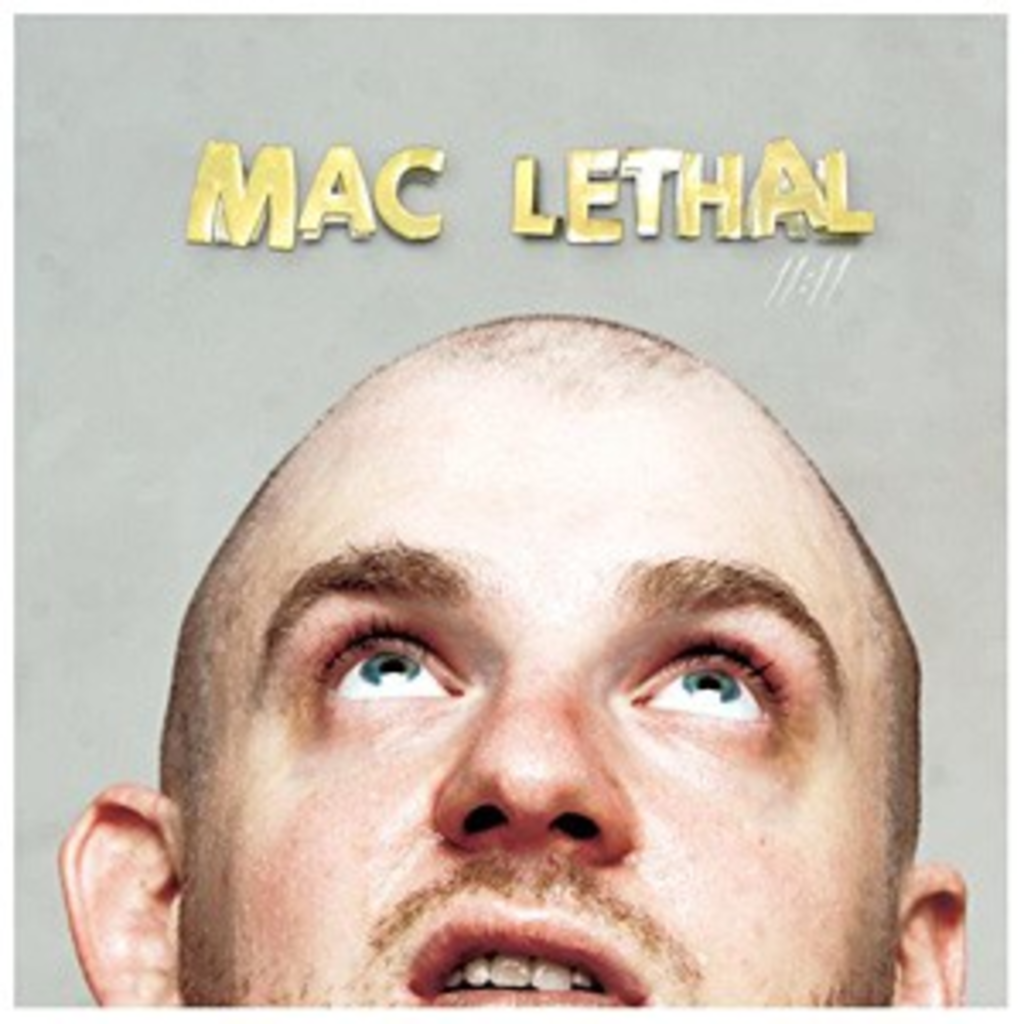 It might be the best one-two punch on a hip-hop album this year, but Mac Lethal is more than a little modest — and un-PC — about his twin killers. “They’re pretty much polar opposites,” he says of “Pound That Beer” and “The Make-Out Bandit,” the first singles from his new album, 11.11. “One’s totally abrasive, and the other one’s totally gay.”

If you substitute “melodic and a potential mainstream hit” for “gay,” then you’d have to agree with Mac about “Make-Out Bandit,” just as you’d have to admit that the tongue-twisting, marching-band chant “Pound That Beer” is indeed raw — and catchy as hell. But whatever your choice of adjectives, the two songs are emblematic of what makes 11.11 well worth the long wait. The Kansas City rapper’s Rhymesayers debut steers clear of the indie-itis that afflicts so many of his underground rap brethren. It is tightly focused and fully cognizant of the bass-bumping pleasures of the mainstream, which you’ll understand long before Mac boasts, This ain’t no indie-rap beat!

Like so much great pop music, 11.11 sugars its deeper thoughts with a sweet coating, which was a conscious decision. “Truth be told, I decided — and [Rhymesayers] agreed — that I might as well take my shot,” he says. “I don’t understand this idea that you make music only for yourself. I wanna make a weird pop record like Gnarls Barkley and see if it catches on.”

That is not to suggest that Mac is trying to catch all his flies with honey. Even his girlfriend is uncomfortable listening to “Jihad!” — a declaration of atheism that’s so over-the-top, it finally becomes a goof. “That was just me wanting to talk shit, basically,” Mac says, laughing. “When I was recording it, the producer [Seven] literally had his hands over his face. But by the end, he said it was his favorite thing on the album.”

More interesting, perhaps, is the way that Mac manages to bury his emo past. (“I was really disgusting then,” he jokes. “You wouldn’t want to have met that Mac.”) Tough-edged declarations of freedom such as “Calm Down Baby” don’t turn him into a stereotypical hip-hop hard guy. After all, “Make-Out Bandit” is all about his love of hugs and kisses without commitment — a dichotomy alien not only to rap but also to most pop music. But on 11.11, Mac pulls it off with panache, delivering a great album that’ll leave you wanting to give him a squeeze.