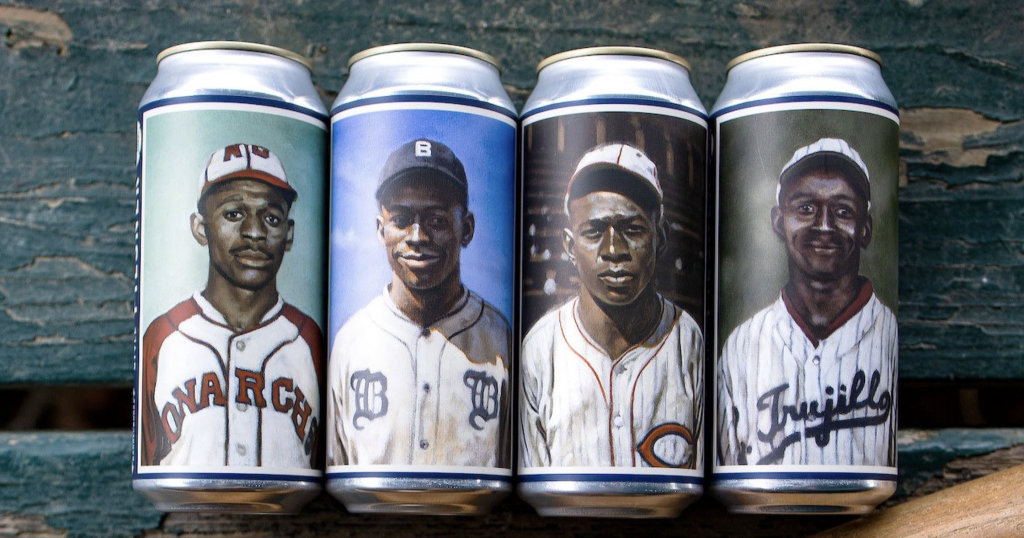 Microbrewery Main & Mill is due to release the initial offering of their Negro Leagues Celebration series that will land in Kansas City stores the first week of May.

Main & Mill says over 20% of sales will be split among the Negro Leagues Baseball Museum, negroleagueshistory.com, and the player’s families.

A Negro Leagues player will be emblazon the cans for a year, with players rotating for perhaps the next 15 years. The first featured player is Leroy “Satchel” Paige who was the first Black baseball player to pitch in a World Series as well as the first Black player inducted into Major League Baseball’s Hall of Fame.

Paige has deep ties to Kansas City. He lived here for 30 years, and the city dedicated a baseball park in his honor at Swope Parkway and E 51st. Paige was known for his theatrics, talent, and team hopping. Most notably, Paige played alongside Buck O’Neil for the KC Monarchs in 1942 when the team won the Negro Leagues World Series.

Denny Foster is the brewer/owner of Main & Mill in Festus, MO, and he wanted to collaborate with world-renowned artist Graig Kreindler on the special project.

Foster called Kreindler about licensing his paintings of Negro League baseball players as a way to raise money for the Negro Leagues Baseball Museum and the players’ families. Kreindler was on board.

Kreindler then got Foster in touch with Bob Kendrick at the Negro Leagues Baseball Museum, who then got in contact with the family of Satchel Paige.

After everyone agreed and a year of working out details the throwback-collectible-baseball-card style tallboys are hitting shelves around Kansas City by May 6. The beer itself is an American Pilsner style that was popular in the days that Satchel Paige was hurling windmill-windup hesitation pitches.

The brew is a non offensive pale lager made from domestic two-row barley, flaked corn, and hopped with domestically grown contessa to give a light floral aroma. The beer—rightfully—allows the cause to take the spotlight.

Where to find a 4-pack