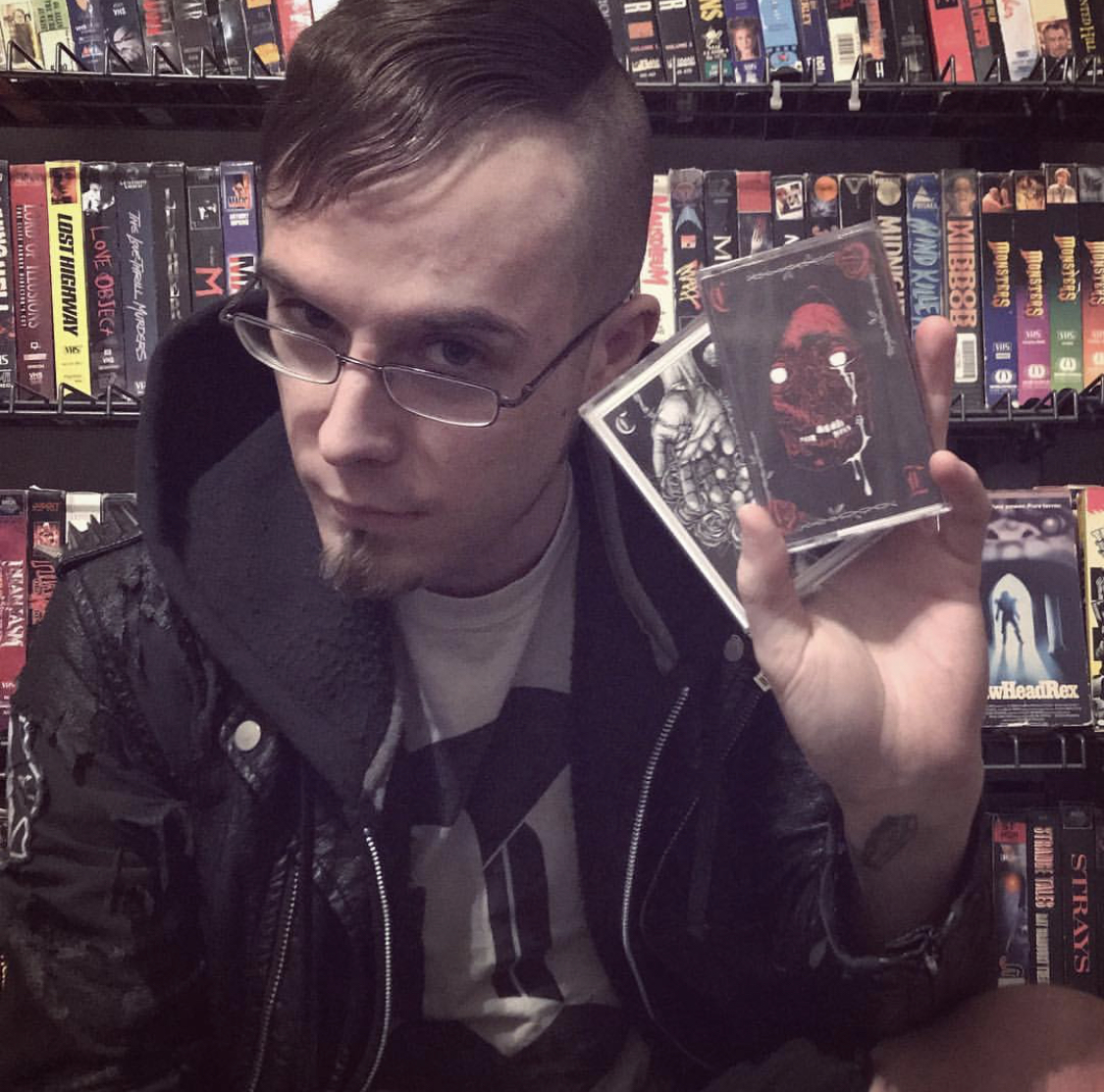 A few years ago, Elijah LaFollette and Bryce Shoemaker realized they were sitting on VHS gold. It was time to share it with the world.

The 27-year-old LaFollette, who was born in Long Beach but raised in St. Joseph, Missouri, came of age during the DVD boom. But he remembers fairly well the tail end of VHS’ reign over video culture, and he never sold or trashed his early videotapes. When he moved to Kansas City for college, he ended up living across the street from a Goodwill. His roommate was into thrifting, so he occasionally joined in. One day, LaFollette came across a screener copy of Stuart Gordon’s 1995 horror flick Castle Freak. A rare find. Something clicked: He liked the feeling of discovering weird, old, forgotten films—the kind that live on in obscurity inside dusty secondhand store bins.

“As collectors, everyone has their own little niche,” LaFollette explains, rattling off the names of people he knows who are into laser discs and compact discs. “Betamax, VHS, cassettes, Video 8—anything based on magnetic tape, that’s what I’m going for.”

In the ‘80s and ‘90s, video stores were booming, and production companies were pumping out movies, racing to keep up with demand. Plenty of these movies were direct-to-video (meaning they were never released in theaters) and many were only ever released as VHS tapes. While reissue companies such as Arrow, Vinegar Syndrome, and Severin have brought some of these heretofore lost films back to the masses, the sheer amount of material put out during the VHS boom years means there’s an almost endless supply of films that are mostly lost to the ages. Some unknown but hilarious horror classic might be mouldering on the shelves at a yard sale in the middle of nowhere at this very minute. For people like LaFollette, hunting down that film offers a tantalizing challenge.

Or, perhaps, an obsession: As of August, LaFollette says he owns about 2,000 VHS tapes.

“So much money spent,” he says. “If my apartment ever exploded, I’d just cry. It’d be thousands of dollars.”

Shoemaker, who does the Forever Bogus podcast, is also a VHS enthusiast. (LaFollette estimates that, between the two of them, they own the equivalent of a full video store.) They’re buddies who’ve been bonding over tapes for years.

“We’d gather in my living room with piles of tapes—just the craziest shit we had at that time,” LaFollette says. “Go to Big Lots, get a shit ton of snacks, come back, and just plow through a stack of what we had.”

In 2015, LaFollette started Magnetic Magic Rentals, a self-described “analog media distribution company.” Working out of his apartment, LaFollette reassembles old clips together around themes and release them as custom party mixes. An early example is Shaq Attack, a visual head-trip of Shaquille O’Neal commercial, TV, and film appearances.

Since then, Magnetic Magic has released its first public domain movie, Savage Weekend, but with a twist: Rather than just creating a new cover for the film, LaFollette and Shoemaker used a camcorder to shoot an introduction and a short film that plays before the feature. “We wanted to dig deeper—to set ourselves apart,” LaFollette explains. On House By the Cemetery, they went even bigger, setting up a stage in the basement of Nerds of Nostalgia‘s Greg Dedrick.

“We put cobwebs up everywhere, we had a fog machine going, we cut up a Halloween safety video, we threw in a bunch of commercials,” LaFollette says. “It sold out immediately.”

Magnetic Magic’s growing reputation as an amazing source of left-of-center independent video weirdness made it easy to find a home when they LaFollette and Shoemaker decided it might be fun to expand their two-person VHS parties beyond LaFollette’s living room. Inspiredy by Alamo Drafthouse’s Video Vortex series, they texted Adam Roberts of Screenland and asked if he’d be interested in hosting screenings for fringe VHS enthusiasts around the KC area. Analog Sundays, they’d call it.

“He was like, ‘What about next week?’” LaFollette recalls. The first film they showed was the 1974 Hong Kong action flick Super Dragon’s Dynamo. “It was the weirdest goddamn thing,” LaFollette says, laughing.

Analog Sundays’ inaugural year was held at Screenland Tapcade. The event then moved north of the river to Screenland Armour, where the crowds almost immediately doubled. It’s now a free, monthly event. Folks hang out, swap tapes, chat, drink, and then watch a movie (often horror, but occasionally some other genre of exploitation cinema) together on the big screen. (Next up is The Basement.) It’s a celebration of all things analog—which includes, of course, communities, people, and face-to-face interactions.

“The VHS world and the indie horror circuit is just so small that I just keep running into people,” LaFollette says. “I’m like, ‘I worked with him, but you know him, and this guy is in this movie, and he did the music for them.’ It’s so weird, and it’s just so great.”

The next Analog Sunday is this Sunday, October 20. Check Magnetic Magic’s Instagram page for more info.