Madison Flitch’s ‘tree to table’ approach gets a retail space 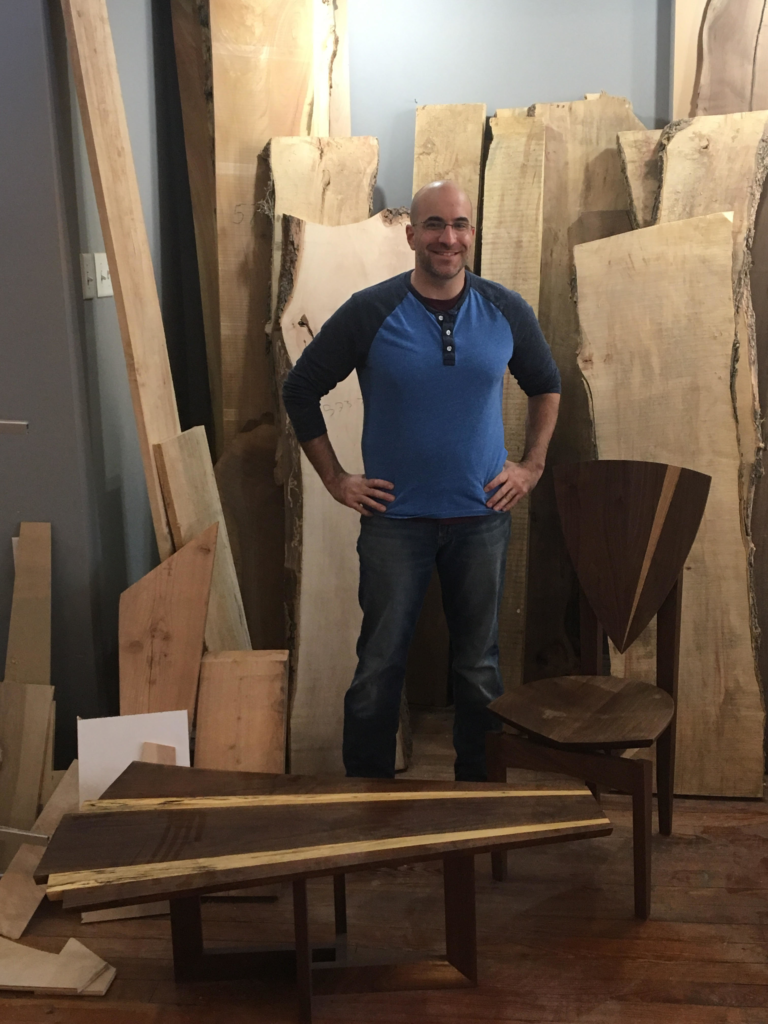 John Pryor is aware that to describe his furniture as tree-to-table is to court a certain irony, or else a certain hipster preciousness. That’s OK — the phrase has started plenty of conversations since he founded his furniture company, Madison Flitch, last year, and the curious people who have come to his Crossroads workshop have often left with pieces they’re excited to own.

“It’s like farm-to-table, but with furniture,” he tells me when I ask about the clever tagline, and about his approach to craft. I’ve stopped by his 1,400-square-foot space, down the hall from Maya Yoga. I attend weekly ashtanga classes at the yoga studio, but I can’t recall ever hearing the buzz of a saw or the pounding of a hammer, even during silent savasana. It’s as though Pryor has gently willed his furniture into existence.

Named for his great-grandfather Madison Bear, and the old English word for a wooden slab, Pryor’s one-man furniture company shares little in common with behemoths such as Ikea or Pottery Barn. To illustrate this, he shows me the tables in his Lily Collection. Named for his niece, the whimsical, asymmetrical tables are made exclusively from trees taken from suburban backyards in the Kansas City area. “We dispose of our trees too easily,” he says; his removal of a tree is something else, not a disposal but a harvesting.

From the time the hand-selected trees come down, Pryor’s process is, he says, “involved.” First the trees are cut into slabs and dried for one to three years in a turkey brooder house on the Eldon, Missouri, farm where Pryor’s grandmother has lived for more than 70 years. Pryor then hauls the large pieces back to KC and up the stairs to his second-story workshop.

“Sometimes the yoga people help,” he says, when I ask whether he has personally carried each “flitch” from the half-dozen trees he has so far harvested into his workshop by himself. “But it’s usually just me.”

Pryor crafts the trees into tables using techniques he learned at the Marc Adams School of Woodworking, which means he never uses screws or bolts. (This explains some of the quiet.) He began building furniture for his own home to unwind while working what he recalls as a high-stress tech job, in Boston. When he and his wife moved back to Kansas City last year, he seized the opportunity to do something “a little less soul-sucking,” he says, dropping out of corporate life to make and sell furniture full time. 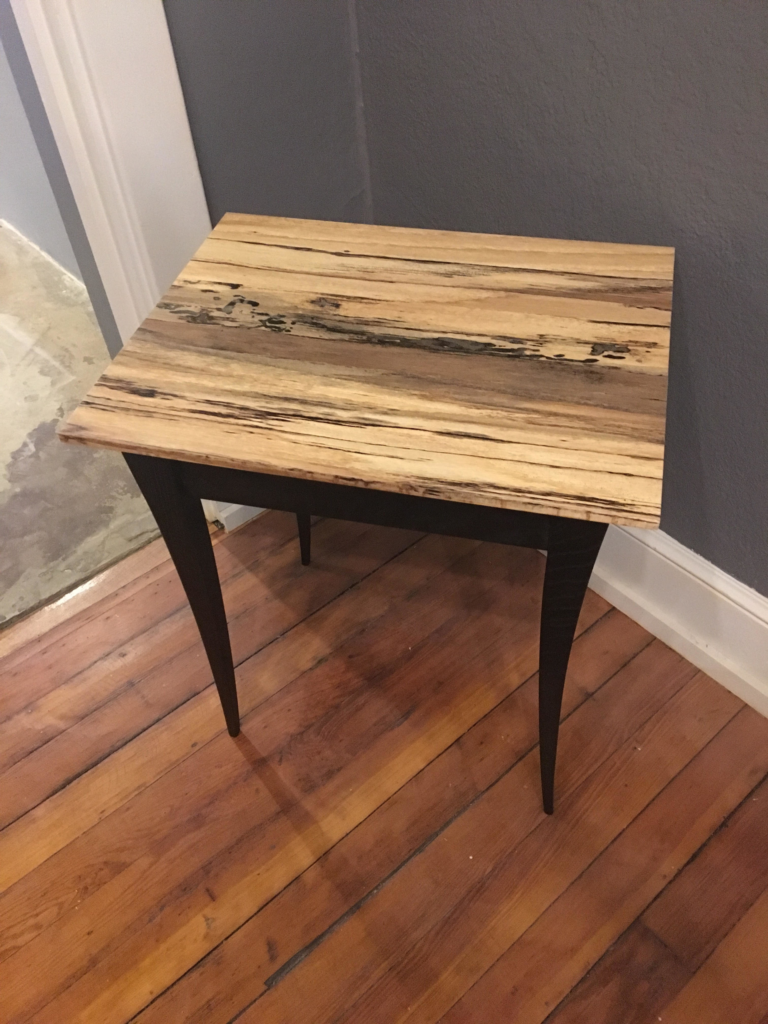 So far, so good. In February, he’s opening a showroom at 221 Southwest Boulevard, in a space shared with Flying Pig Local Mercantile. He also plans to put on regular activities and events, including make-your-own chopsticks workshops. He lets me try making a set of chopsticks using two thin sticks of maple, showing me how to hand-plane the wood into the smooth, tapered utensils. I end with a shiny, elegant pair of pinchers that will turn heads at Bob Wasabi.

As his operation grows, Pryor says, one of his biggest challenges involves defining himself in a crowded market. This is where that “tree to table” concept comes into play. He and his wife, Megan, love eating at restaurants such as the Rieger, where, they say, unique, flavorful meals draw upon locally sourced meat and produce. He envisions Madison Flitch doing the same thing for KC’s trees — that is, giving them a second life and keeping them in the community.

Like the ingredients at the restaurants he favors, most of the trees Pryor selects are unique in some way. He grows animated telling me about the fiery streaks in pale box elder and ash wood that occur when the trees are invaded by a certain kind of beetle, or the way fungus is responsible for the elegant grayish streaks in a custom end table he recently completed.

Then there’s his 909 Collection, which has been built largely from urban walnut and maple trees harvested from 27th Street and Prospect, where the Kansas City Police Crime Lab now resides. Most of the trees from that lot would have been junked without the intervention of Pryor and the Urban Lumber Company. Pryor’s designs also take months to complete and often resemble architectural designs Pryor sees on buildings around town, which observant Kansas City residents might recognize.

“This one is based on the buildings here on Film Row,” he says, pointing to a coffee table with a flared, art deco design. I realize why the table looks familiar — I’ve been walking past a similarly shaped sign on my way to yoga for the past three years. It’s fascinating to see this design repurposed in a table that has my hometown in its very DNA.

And just like that, tree-to-table furniture makes perfect sense.