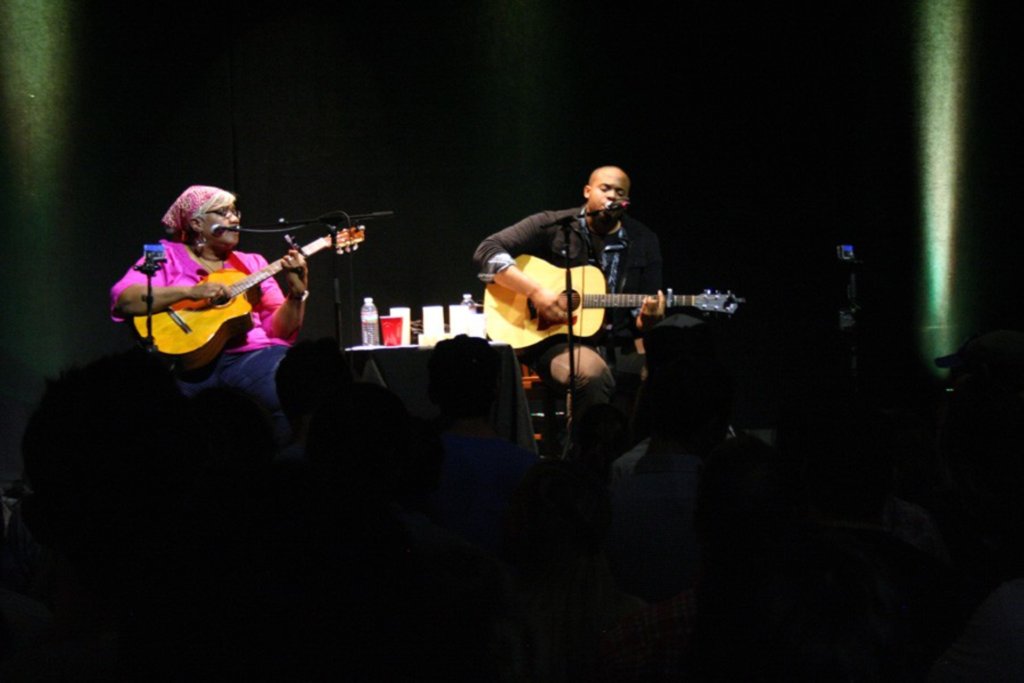 The sheer number of people mobbing the merch table as they walked in and leaving with Madisen Ward & The Mama Bear’s Skeleton Crew LP should have been a good indicator of the response the pair would receive for their homecoming show at the Midland last night. Rapturous applause greeted the duo as the curtain rose on two chairs and a table decorated with candles.

“Let me just soak this in. It feels good!” declared Mama Bear Ruth Ward as she and son Madisen took the stage to the Beatles’ “Rocky Raccoon.” As the mother and son got situated, the crowd continued to clap and whistle until the duo then launched into their first song, Skeleton Crew‘s opening track, “Live By the Water.”

After the opener, a second curtain behind the Wards raised to reveal the rest of the band, and the sound went from intensely personal to big and soulful. “Whole Lotta Problems” was a rave-up, and then they took it down a notch. Lather, rinse, repeat — such was the case for the show, with every raucous number followed by a quiet, introspective one.

It made for a balanced performance, but it never let the show really get going. Judging by the crowd size and nervous energy before their set started, one got the feeling that people really wanted to break loose and kick up their heels, but they never really got their chance to get going. The big single, “Silent Movies,” had folks singing along and swaying, and a few couples twirled about, but it seemed like it should’ve been a massive thing, rather than the minimal bump it got. 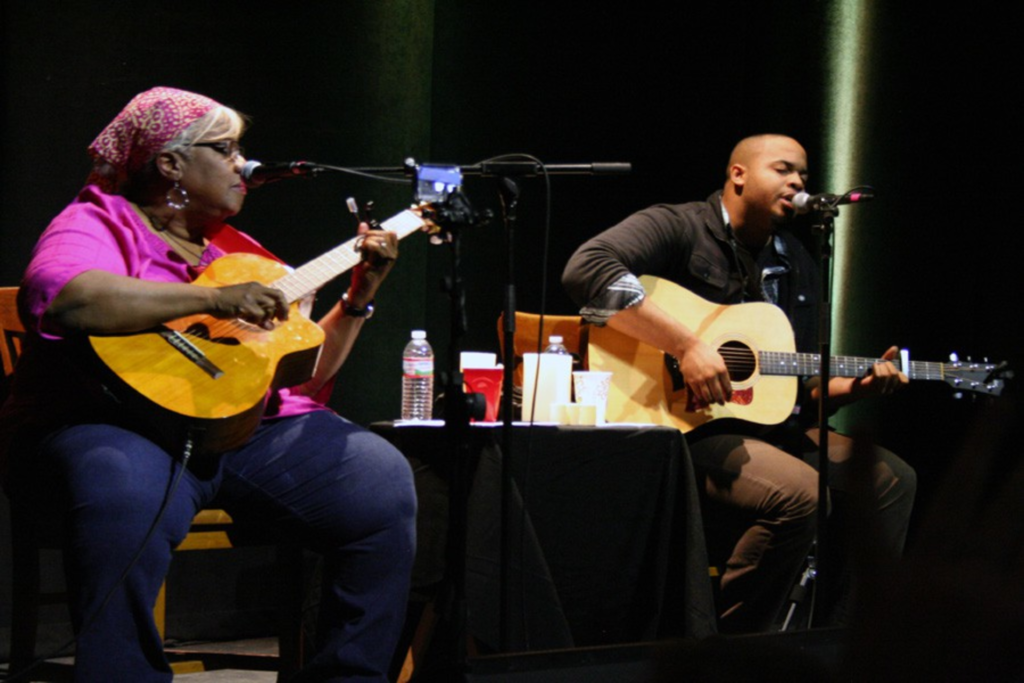 Honestly, I wish we could have gotten more lead vocals from Mama Ruth. Her singing on their cover of Fleetwood Mac’s “Dreams” was a heartfelt rake on a song that’s become a bit of a chestnut, and her voice lent it much-needed emotional heft and resonance. Given the she stuck primarily to back-up vocals early in the set, as well as on record, I’d thought she might not have the pipes, but I was struck dumb with awe.

“You never know how much you love a place until you’re gone,” Madisen said before the group started into their last couple of songs. “It’s good to be home.” 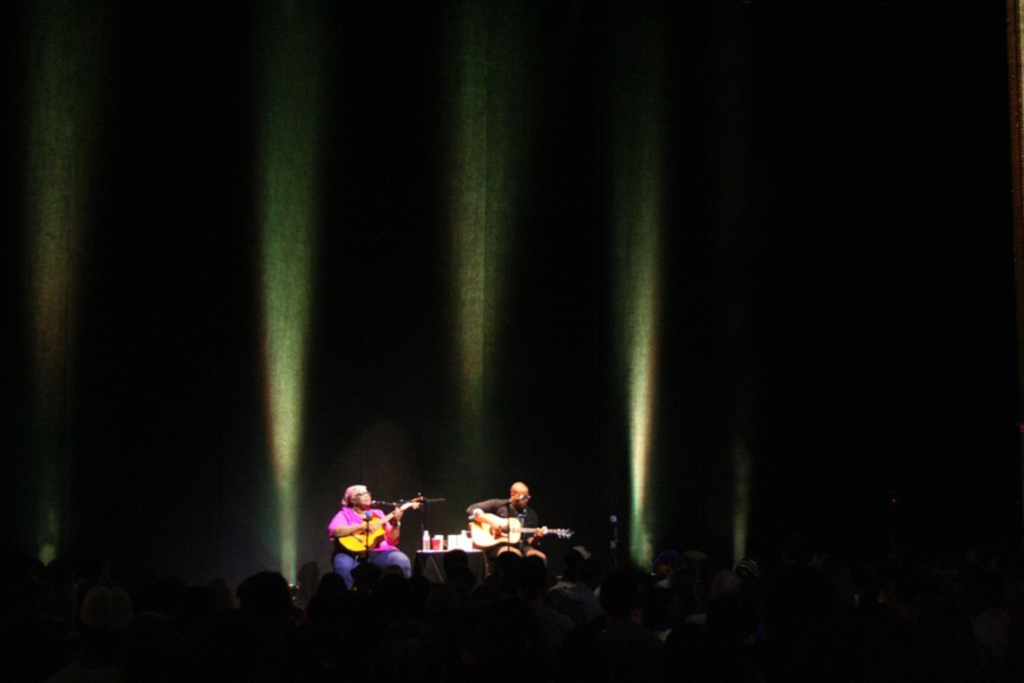 In a wonderfully cyclical bit of magic, the show ended much like it started, with Madisen and Mama together on stage (albeit accompanied by their cellist), with a huge clap-along on the aching ode “Down in Mississippi.”

The crowd skewed to either older, former-hippy, NPR types, or the younger, Head & the Heart/Mumford & Sons fans in plaid short-sleeve button-ups. Either way, there were a lot of sandals and peasant skirts in full effect last night. There were also more kids than I’m used to seeing. It was an indoor equivalent of the Replay Lounge’s Sunday matinees but with fewer dogs. 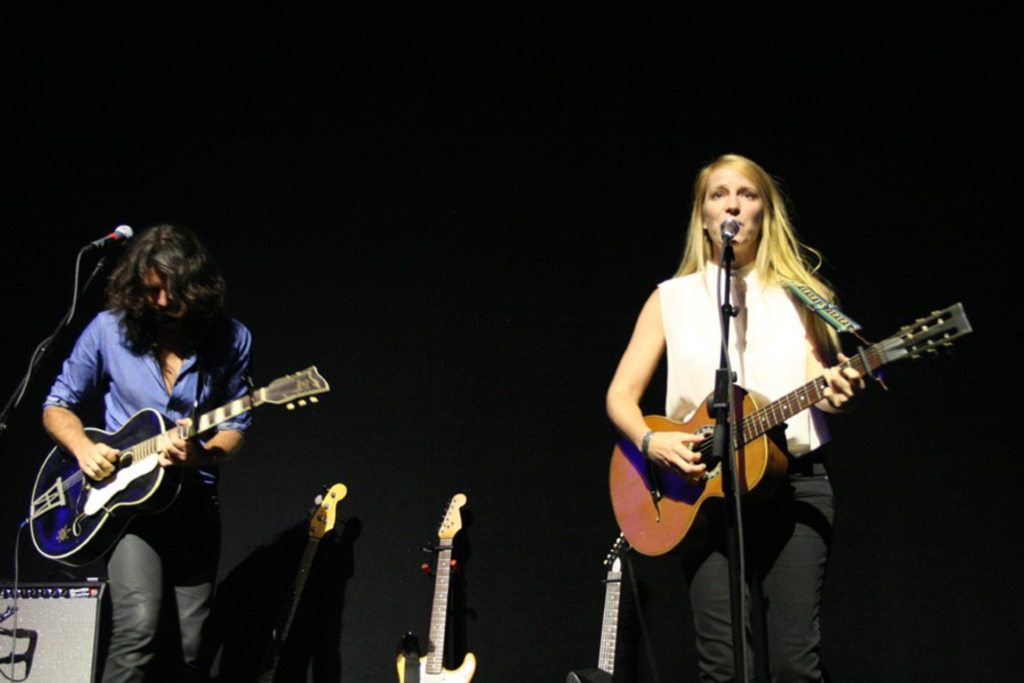 Openers Luluc have gotten a lot of play in our house and car the last few months. The Melbourne duo’s music, based as it is on British folk music, is very quiet, very beautiful and heartbreakingly perfect.

Seeing Zoë Randell and Steve Hassett on stage, with just an acoustic guitar, a bass and Randall’s husky, soaring vocals, seemed very brave in the face of such a full room of people who had no idea who they were. It was like being present for the Cowboy Junkies’ Trinity Session LP, except with loudmouth people ruining it.