Madisen Ward and the Mama Bear on Letterman, upcoming shows and their forthcoming full-length 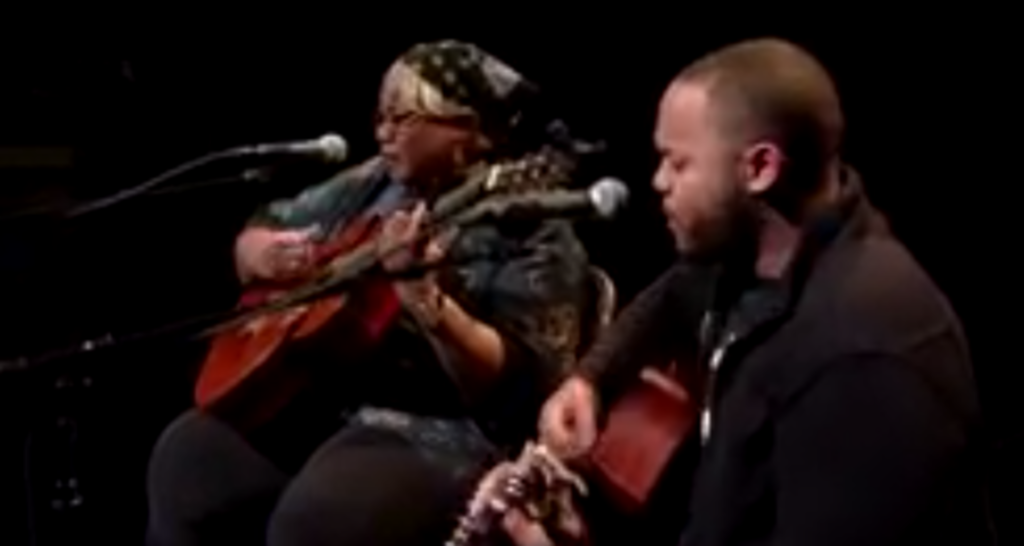 It has been a whirlwind few months for Independence act Madisen Ward and the Mama Bear. Last September, the mother-son duo performed at the Americana Music Fest and were given the thumbs-way-up approval of Rolling Stone. Since then, Madisen Ward and the Mama Bear have signed to the esteemed Glassnote Records and joined the lineup at Bonnaroo Music and Art Festival and the Newport Folk Festival. And on Wednesday night, the duo made its network television debut on The Late Show with David Letterman.

The day after the Letterman performance, we dialed up Madisen Ward in New York City and chatted with him about the flurry of activity his band has seen recently.

The Pitch: So, Letterman. Crazy! What was that experience like for you?

Ward: It was sort of indescribable. I mean, it’s someone that you’ve seen your entire life, a show you’ve grown up on and watched for years, so it’s sort of surreal… But also there’s this kind of normalcy of being on something that you feel kind of at home at, in a way. It’s this person who has been in your home for many years. It just kind of felt like we were where we were meant to be.

I feel like Madisen Ward and the Mama Bear have really taken off since you performed at the Americana Music Fest in September, and Rolling Stone gave you its blessing.

Definitely. It’s been getting so much momentum, and we couldn’t be more appreciative of that. But we take it all in stride. It’s been a fun ride and it’s been a weird ride. It’s overwhelming, but it’s also not, because we’re still taking everything just one day at a time. We have Bonnaroo and the Newport Folk Festival coming up, and locally, there’s Middle of the Map and Folk Alliance. The fact that a lot of these places wanted us to perform – we feel fortunate. The fact that I can go to sleep and get back up and go back at it makes this feel like easy sailing.

Other than Folk Alliance and MOTM, are there any other local shows planned?

I think, right now, we’re just kind of focusing on getting our name out there nationally and internationally. We’ve been playing here for so long that we’re trying to branch out, and once we network a little bit better and get our name out a little bit more, I think we’ll come back and do as many local things as possible. We’re real proud to be from Kansas City. We love playing there. There’s a different element when you’re doing something from where you started.

I hear you guys just finished recording your debut full-length.

Yes! We’re very excited. We just finished recording it. We did it entirely in Nashville, with the producer Jim Abbiss. It was a great time. We’re gonna go ahead and say May is when you can expect the release. We couldn’t be more happy with how it came out.

Playing Bonnaroo, recording in Nashville. Madisen Ward and the Mama Bear are getting mad love from a lot of national media right now. It’s quite a big jump from the coffee-shop crowds in Independence. Is this where you expected – or hoped – you would be?

I felt something special was going to come of it [our band]. I didn’t know exactly how far we’d get, but I always had faith in what we were doing – even as stripped down as it is. There’s something my mom and I love about playing together, and I always felt that in a matter of time, if somebody heard what we were doing, it could go somewhere. The fact that it’s blossomed as much as it has is just a huge bonus.

See also:
Madisen Ward and the Mama Bear know how to roar