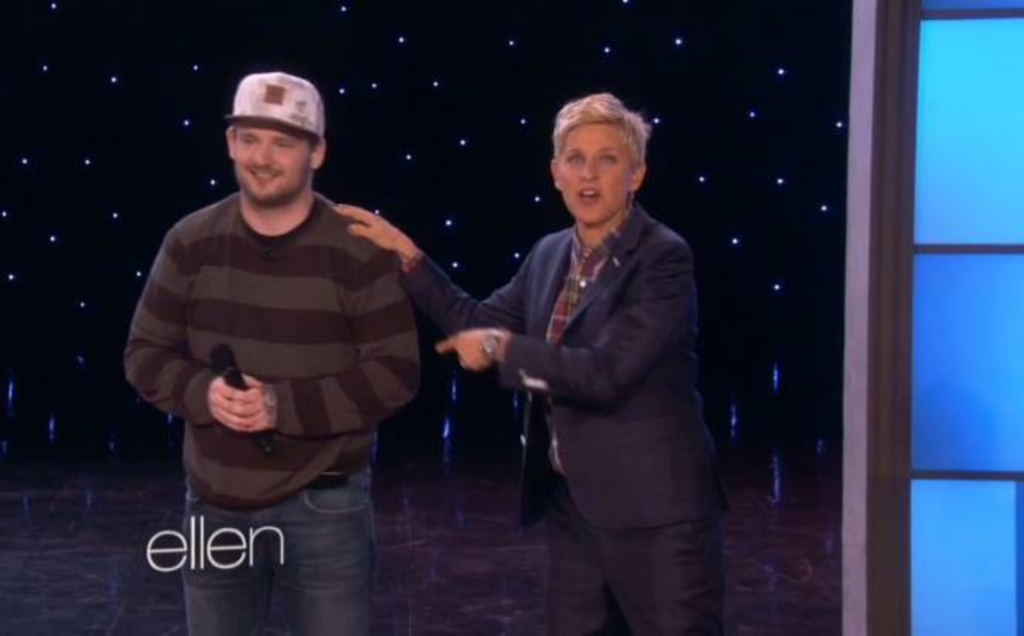 Yesterday, local speed-rapper Mac Lethal went on The Ellen DeGeneres Show to perform a rap that he had made for her. His life will probably never be the same.

Just last month, DeGeneres featured Lethal’s video for “Alphabet Insanity” on her show. Now, it seems, she has taken a special interest in the hometown talent, who gave a special shout-out to ol’ KC as “the state of Missouri in a city named Kansas” as part of his special ode to Ellen.

Watch the whole thing, including the part where Lethal shakes hands with Jason Bateman.