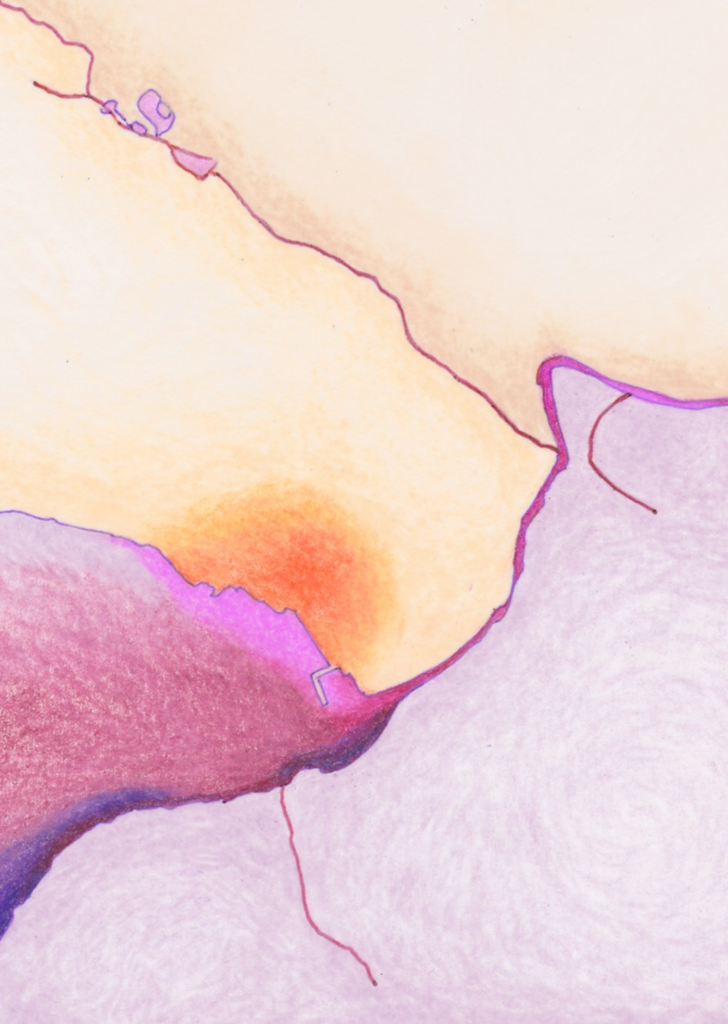 More than 100 of Lynn Benson’s paintings and drawings of water are on view at the Kansas City Design Center this month, but that number alone hardly conveys the impact of her Waterworks series. Benson’s mastery of color and line evokes a visceral experience of water — dark indigo washes into lighter shades, moving us from cold deep to shallow tropics, and grassy greens recall lush summer forests overlooking swift-flowing rivers — but the art here is also about the pressing concerns of global climate change and diminishing natural resources. We associate water with power and movement, with constancy. Yet its throb is finite: To witness a gushing waterfall now generates not just appreciation for something majestic but also a nagging anxiety about conservation and the negative effects of human influence.

Kansas City’s waterways are hardly glamorous, but a local audience can still relate to the flat, wide channels for commercial trade depicted in several of Benson’s drawings. Deltas, rivers, shores and islands are given loving attention as she constructs a tapestry of Earth’s delicate surfaces. Her decision to use transparent vellum as the canvas for these works mirrors the land’s easily taken-for-granted fragility. The dominant perspective in Waterworks, a view from above, distances us enough to invite a more scientific regard for the disappearing banks and the dried-up riverbeds. Even if one isn’t familiar with the world’s waterways, it’s easy to pick which veins are man-made and which are naturally occurring. The hard, symmetrical lines of industry stand out against time’s organic splatter.

At a distance, Benson’s images suggest a quilt composed by a cartographer. On closer inspection, each channel of water reveals its own depth, as darker shades of color indicate changes in geography, and smooth lines turn jagged as they press against the banks of civilization. The longer you look, the more you make out other forms within Benson’s compositions: vegetation, human cells, blood drops drying at the edges. The water working through the land is vascular, microcosmic, humming with life and history.

The task of mapping the world’s waters can never be completed as long as human influence continues to alter land and sea. Rivers may eventually vanish from the tapestry entirely as droughts become more severe and man-made structures proliferate. Benson’s depictions of 100-plus places of water may someday pass from documentary into mythology. She has recorded the water while we still have it — and so produced a moving exhibition.