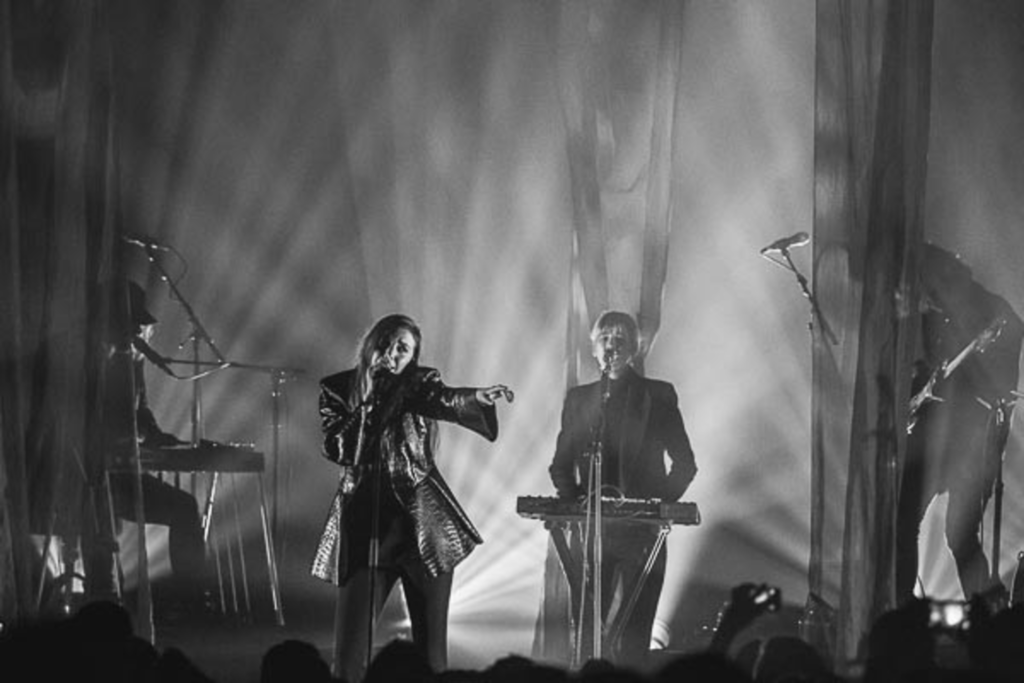 “This song is from my first album, it’s a long time ago,” Lykke Li announced last night at the Uptown before launching into “Dance, Dance, Dance,” the hit single off her 2008 full-length debut,Youth Novels. “The problem is that I forgot how to dance. I don’t know how to do it anymore. Can you show me how you get down, Kansas City?”

It was a buoyant moment for this year’s queen of sad, whose latest album, May’s I Never Learn, basically guides the listener through the ravaged, frosty winters of the Swedish singer-songwriter’s lovelorn heart. Li wrote much of Learn following a wrenching break-up – the impetus for her relocation to L.A. from her home in Sweden in 2012 – and the album’s bleak tracks stood out in Li’s 15-song setlist last night. 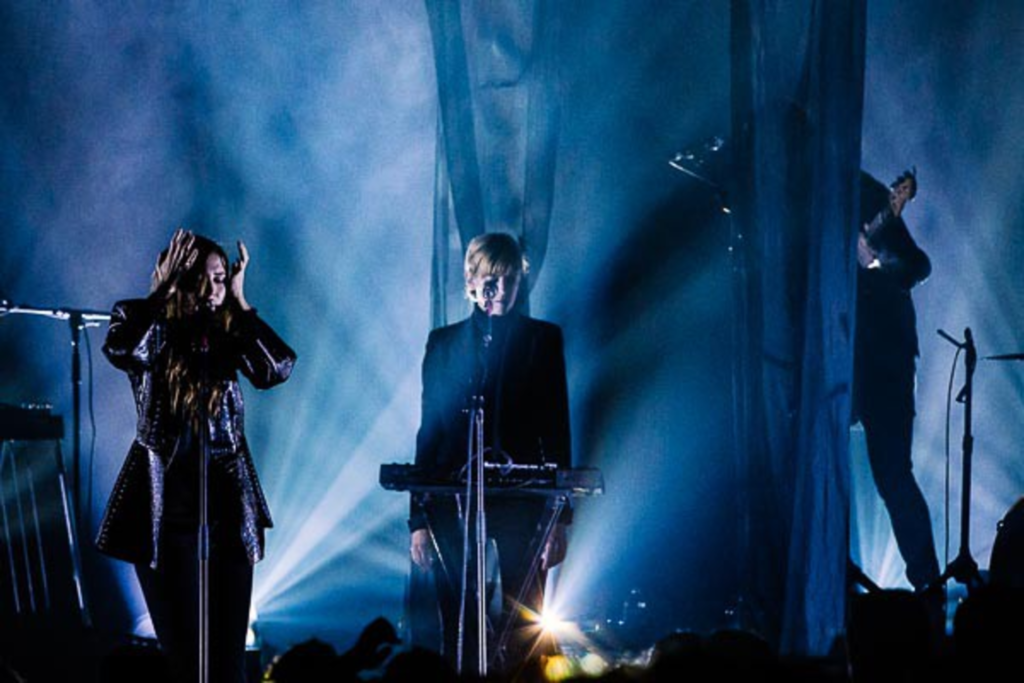 But onstage, for the most part, Li seemed kind of… happy. On the surface, anyway. When audience members danced joyfully at her request, she waved her limbs with them, a smile on her face. She hadn’t forgotten how to dance; she moved frequently last night. But it was not with the cheerful sort of freedom her fans experienced.

Dressed all in black, like the members of her five-piece band, Li moved through her set with a certain dramatic flair. She grasped her microphone stand like it was the only thing keeping her from falling over. She swung her body around with the beats slowly, like she was a dumbbell being dragged underwater. She frequently stretched out a hand to the crowd, not really for them, but rather as though she was trying to reach some object just beyond the stage. Everything in Li’s movements seemed sorrowful, so whenever she told the audience about how pleased she was to be in Kansas City, or how good it was to see all of them there, it was as though there was also something else she was not saying. 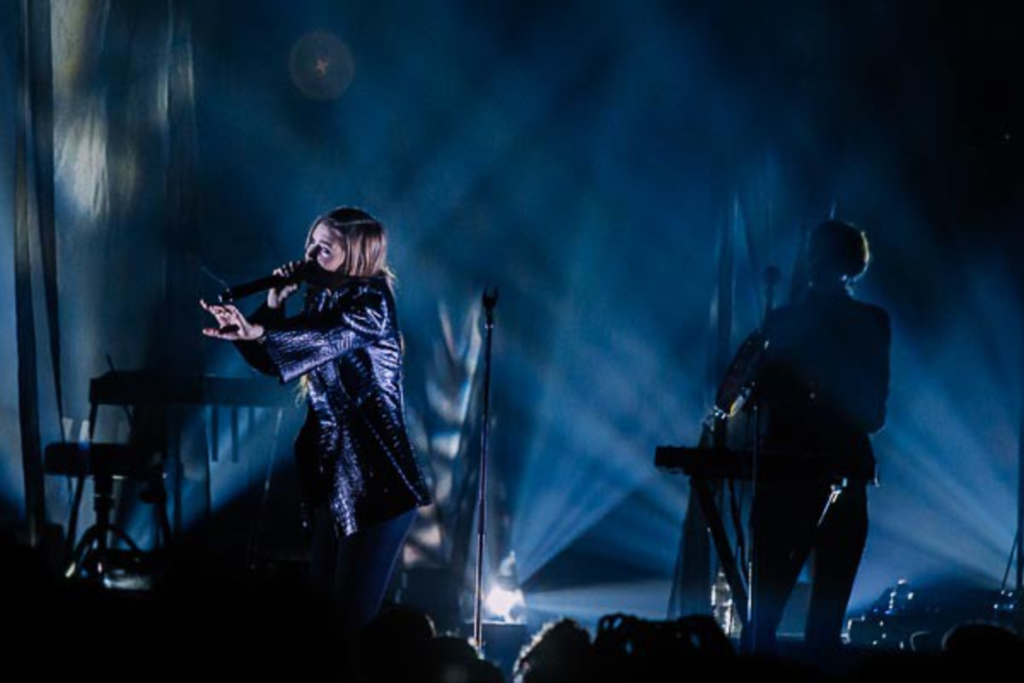 To that end, Li’s songs communicated best. She sprinted through them – her set was almost exactly 75 minutes – but that was probably calculated (there’s only so much grief you can take in one sitting, after all). Opening track “I Never Learn” was followed by the elemental “Sadness is a Blessing” and “Just Like a Dream.” At Learn’s lead single, “No Rest for the Wicked,” strobe lights flashed, and the fog machine that opened the show was turned up.

“How many people feel lonely, raise your hand!” Li said before diving into that song’s mournful chorus (Lonely I, I’m so alone now). She sounded positively giddy when she gave the command, and hands flew to the air, but there was something hollow about the commiseration that the ironic twist of unified loneliness couldn’t quite cover.

It was the same sort of subtle disconnect when Li introduced “Never Gonna Love Again”: “This next song I wrote in a bit of a – I don’t know what you’d call it, a bad time in my life,” she said. “I never thought I’d love again, and I bet a lot of you feel like that, too, so this song is for you.”

Li’s phrasing suggests that she’s well into recovery from the events that delivered Learn. Still, one of the most beautiful moments of the evening came with “Sleeping Alone,” a sparse, disquieting track that has Li wondering if she’ll ever get used to – yes – sleeping alone. It was heartbreaking, and she floated from one end of the stage to the other, weaving her limbs through the air like an amorphous Rorschach inkblot. That’s where you want Lykke Li, right there, at her saddest. It’s selfish, to want to see her reinterpreting her pain so thoroughly, but she seems game for it, anyway. 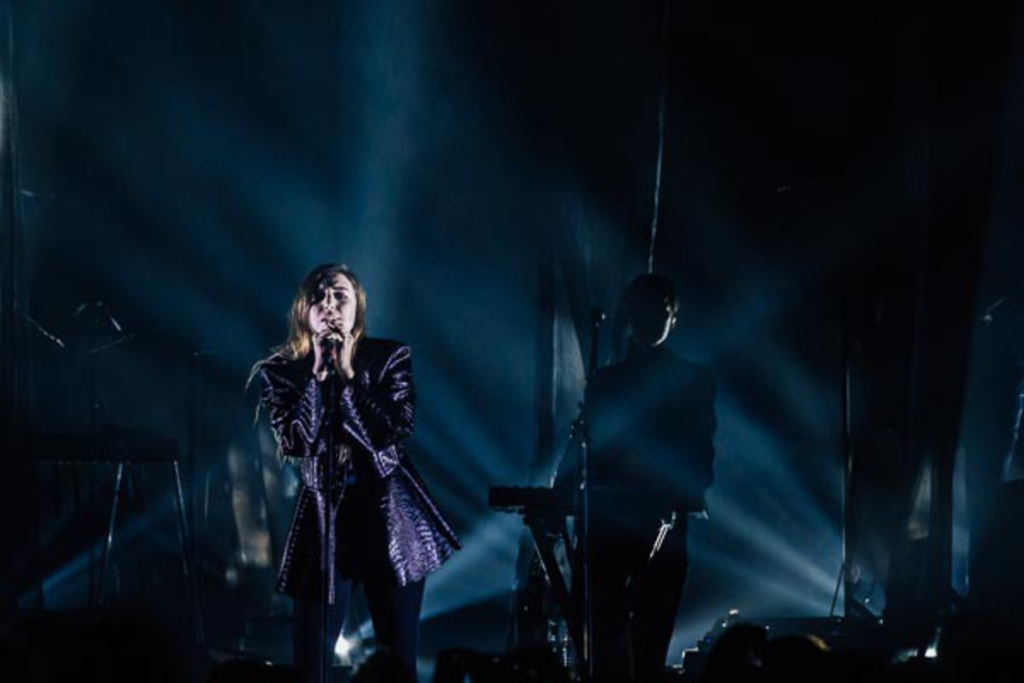 It was interesting segue from that to a cover of Bruce Springsteen’s “I’m On Fire,” apparently Li’s “favorite American song ever.” Under Li’s guidance, the classic was hardly recognizable, Springsteen’s own sexually frustrated lyrics given a different meaning in the context of the evening.

Li ended her set with the exuberant “Get Some,” and a few moments later, she reappeared for a one-song encore. She had taken us through so many highs and lows, and it was fitting that she ended the night with the booming, cinematic “Heart of Steel.”

Oh heart of steel, I can’t let you win, Li sang in front of a lush arrangement, Don’t fight when I finally find a hand to hold, a song that clings with mine.

If the audience last night was to glean anything from the order of Li’s setlist, the greatest takeaway was likely this final sentiment of hope. As pleased as she seems by her misery, as delighted as she is to share it with so many, she ended the evening with a small triumph. Her heart will likely be broken again, she acknowledged, but she’s realized, perhaps, that the fight is worth it, and she’ll be OK. And then she walked off to the Beatles’ “Don’t Let Me Down.” Of course. 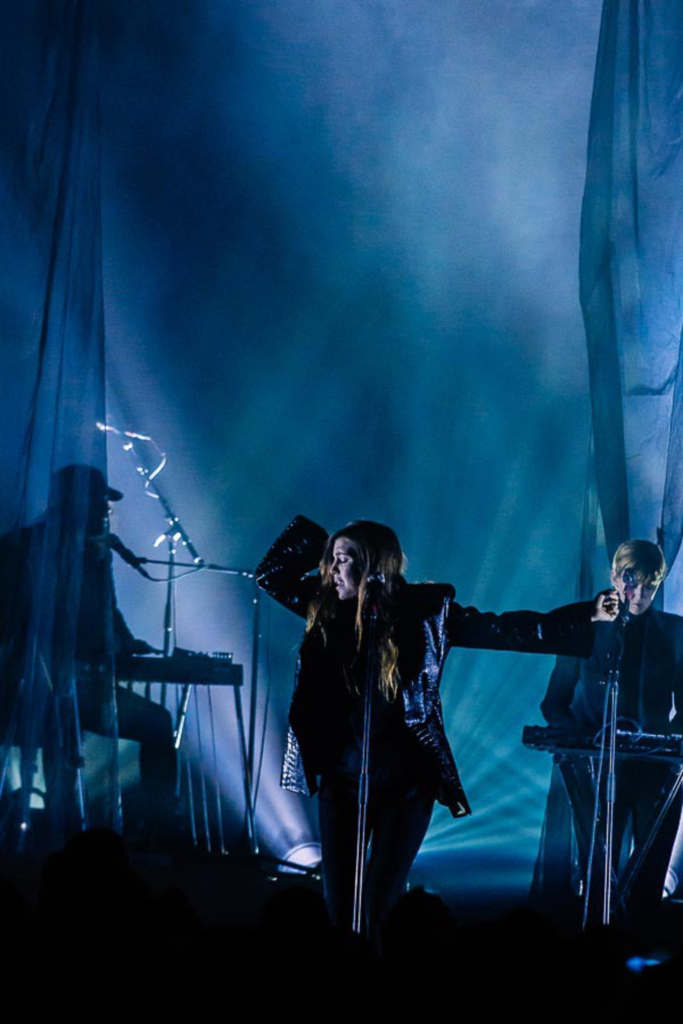