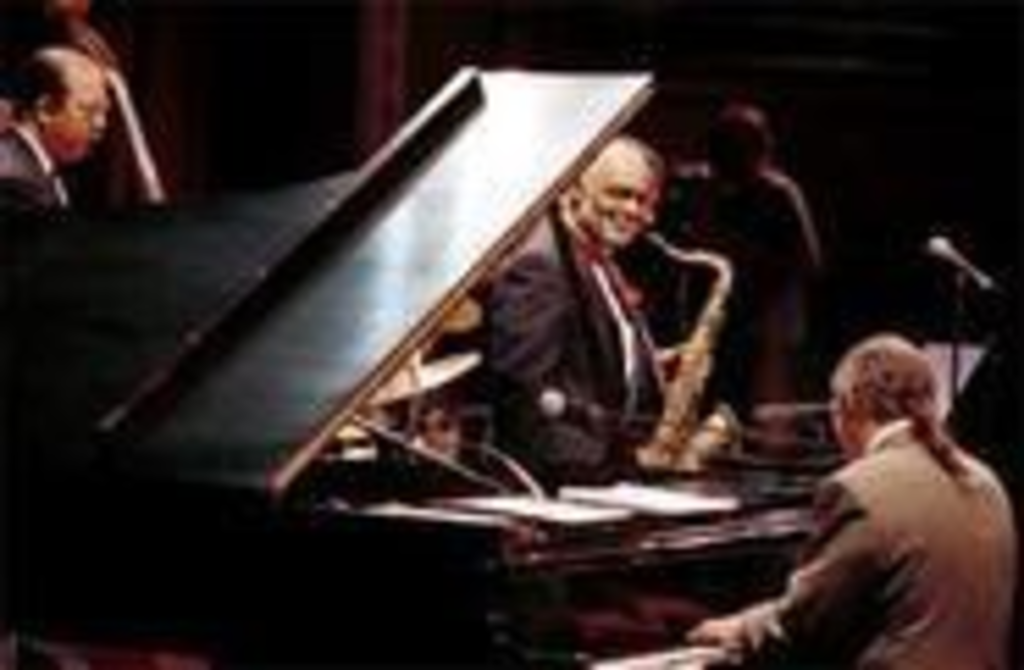 The CD release party for Luqman Hamza’s new recording was hardly what you would call a gala affair. In fact, the only attendee in evening wear was Hamza himself, who seemed truly delighted by the enthusiastic response he garnered from an ardent, if small, crowd.

Hamza was not the only artist on the evening’s bill, even though was the undisputed guest of honor. Saint Louis saxophonist Willie Akins started the evening with two expansive numbers, featuring his eponymous quartet. A playful, up-tempo number called “I Don’t Want to be Kissed” was the better of their performances, featuring a wonderful solo in which drummer Montez Coleman successfully mimicked the main tune. Akins is a superb, relaxed sax-man, and his tenor is one of the highlights of Hamza’s new album. It was great to see him leading an ensemble in his own right, and his smoothly evocative solos during these two pieces were a model of restrained fire.

As soon as Hamza took the stage, however, the night belonged to him. Wrapping his lusciously warm tenor around delightful melodies, he held the audience in the palm of his hand. The languorous “Estate in Summer” provided an early highlight. Akins utilized his tenor sax to provide harmonic accompaniment for Hamza’s vocals, creating a delicate balance between sentimental expression and outright beauty.

Hamza possesses a songwriting gift that is a perfect match for his expressive voice, and the evening featured several of his compositions. “Expressing What She Means to Me,” with its heartfelt proclamation of boundless love, is a standard in the making. “When a Smile Becomes a Frown,” the title track of Hamza’s new collection of tunes, is an upbeat number with a loose, bluesy feel.

On the other end of the emotional spectrum, guitarist Will Matthews’ moody parts provided the perfect complement on Hamza’s more somber selections. The poignantly heartbreaking “Summer of ’42,” performed as a duet between Matthews and the vocalist, was the undisputed emotional highlight of the evening. Matthews, who spent some time with the Count Basie Band, emitted a startlingly bleak spray of notes from his guitar while Hamza rhapsodized his way through yet another heartfelt ballad.

The second set was not as enjoyable as the first, with two overly extended numbers by the Akins Quartet breaking the melancholy spell of Hamza’s moody vocals. When the singer returned, he seemed to lack some of the fire he had displayed earlier in the evening. He spent more time showcasing his piano-playing abilities on tracks such as “When You Surrender” and “Awkward Age.”

A genuine sense of appreciation was evident when Hamza thanked the somewhat sparse crowd for its love and support. He tripped over his words, but it was apparent that Hamza knows what the support of die-hard fans means to a local jazz musician. As an even greater way of saying ‘thanks,’ Hamza then performed a stirring, up-tempo rendition of “I Just Can’t See for Looking.” Any jazz musician who sings with a tenor can draw comparisons to Nat ‘King’ Cole, but with his tender and emotional performance Hamza proved that he deserves such accolades.