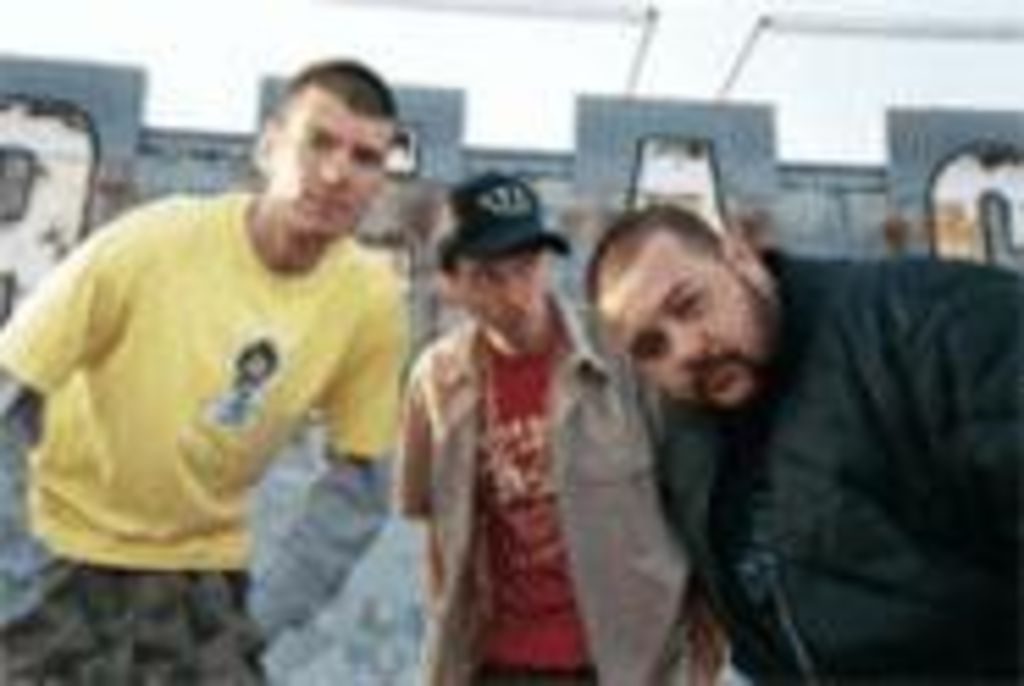 Lucky Brewgrille isn’t the first name that comes to mind when hip-hop is mentioned, but then again, neither is Ugly Duckling.

At first glance, Ugly Duckling looks like a PG version of the Beastie Boys. MCs Andy Cooper and Dizzy Dustin pass the mike as though engaged in a game of hot potato while DJ Young Einstein, who sports a ridiculously large gold chain, provides a horn-heavy assortment of funky breaks and cartoonlike beats.

Coming out of Long Beach, California, at a time when Snoop and Dre ruled the airwaves, UD set itself apart with “good, clean fun” lyrics and the occasional ode to Meat Shake, an actual restaurant where the trio used to work. (Disappointingly, the restaurant’s signature item is more like soup than the beef-enhanced milkshake implied.)

But behind this comedic approach is an intelligent statement about the industry. Ugly Duckling’s 2003 concept album, Taste the Secret, addressed hip-hop’s tendencies toward excessive violence and profanity on songs such as “Mr. Toughguy” and “Potty Mouth,” which spouts, Save the four letter words, keep the gunshot/It’s all talk, you’re as fruity as a kumquat/And I’m supposed to be shocked?/Stop, zip your lip/Quit, all you wanted was a pop hit, hypocrite. The group’s third full-length, Bang for the Buck, is slated for a January release, so Ugly Duckling is hitting the road to give a sneak peek.

Opening up the evening with a preview of its own, Lawrence-based Archetype will perform cuts from Bleed for Them before its November 5 release party at the Bottleneck.

Debuting in 2002 with Freehand Formula, DJ and producer Jeremy “Nezbeat” Nesbitt and lyricist Isaac “ID” Diehl have since become an integral part of Lawrence’s flourishing hip-hop scene. Aside from providing guest production and vocals on a number of local releases, the duo’s steady flow of solo and side projects has given the two men a chance to experiment with new styles. The result is an incredibly confident sophomore release from Archetype.

“We were coming up with new songs before every show, and it [Freehand Formula] was pretty much a collection of the best stuff we had at the time,” Diehl tells the Pitch. “Bleed for Them is a little more conceptualized of an album.”