Lucinda Williams’s songs are often litanies of the things she needs—and doesn’t need—from the people who love her. On Sunday, she needed a few extra songs to get things squared away, and an adoring audience gladly spared her those moments. They were rewarded with a spontaneous and comforting two-hour show.

Williams opened with “Blessed,” a list of blessings counted, but she called the song to a halt after a few verses with a small problem — her lyric book was catching the lights with a glare making it impossible to see. (Williams’ songs are nothing if not word-intensive, so the book was a reasonable aid.)  The delay of getting the angle right flummoxed her, at least a little bit, and she apologized profusely, implying that if she were in James Brown’s band, she’d have several $50 fines on her hands. 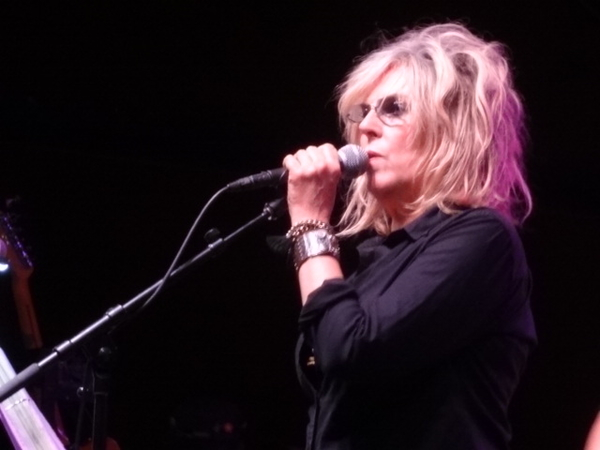 “I have the best fans in world,” she sighed, sensing forgiveness. “I’m sorry about that.”  With that false start out of the way, Williams’ slow-burning and genuine show just kept getting better.

Williams found her stride with two songs bearing the weight of short stories — perhaps even novels. “Pineola,” the bottomlessly sad story of coping with a loved one’s suicide, made it clear that she had her legs back under her, and “West Memphis,” the tale of the murders the West Memphis 3 were accused of committing (told from the point of view of the falsely accused), temporarily turned the beautiful night into a vault of sorrow. (The next song, “Drunken Angel,” a tribute to songwriter Blaze Foley, was almost jangly in comparison.) Receiving a round of knowing nods and shout-outs while introducing the song, she said, “It’s nice to be in a part of the country where people know the towns I sing about in my songs.” 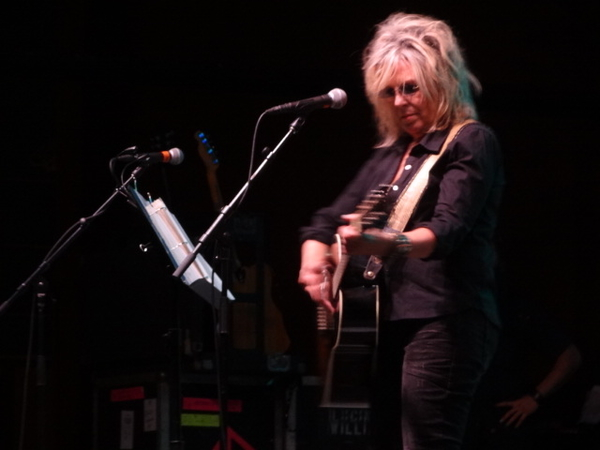 From there, Williams’ fans were with her every step of the way. Before she sang her own version of “Bitter Memory,” which is definitely a country song, she mused about the irony that the version used in TV’s Nashville wound up so different. “They didn’t really want country music on the show,” she said with a laugh. By the time Williams had built to “Ghosts of Highway 20,” a tale of driving the road that serves as a timeline for her life, she was rolling.

The versatile Buick 6 set up broad and desert-spare landscapes for Williams’ songs, a change from the “wall of sound” of some of her previous touring bands. Guitarist Stuart Mathis was comfortable ripping through country licks, blues explorations or even a few chunky “slank-a-lanks” on a song like “Foolishness.” His dark, fuzzed-up solo on “Dust,” written by Williams’ father, poet Miller Williams, matched the lyrics’ portrait of depression note for note. Drummer Butch Norton added a Tom Waitsian junk drawer of percussion — shakers, hand cymbals, and even a truck spring — giving small but important accents to Williams’ moods. 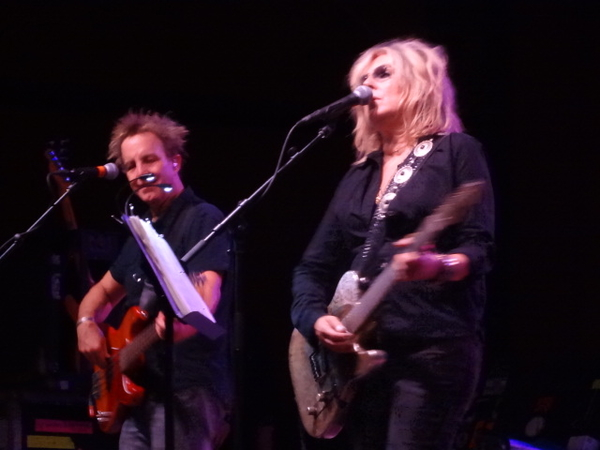 The evening kept building to the demands of “Unsuffer Me” and “Essence,” two songs that announce exactly what Williams is looking for from the person she’s with; neither set is easy to provide. Williams threw everything into the lines “Unsuffer me/Take away the pain/Unbruise, unbloody/Wash away the stain,” and it was apparent that her audience not only had been to that place, but they were willing to help, if they could.

“Foolishness” was the rousing climax of the show, a list of all those things that Williams doesn’t need (fear, hate, war, poverty, greed, ageism, walls, Donald Trump) and the few things she really does have to have (love, peace, brotherhood, sisterhood). It was one of the few fist-pumping moments in the show, and afterward, Williams grinned and admitted, “I gotta testify a little bit.”

The evening closed with Neil Young’s George W. Bush-era “Rockin’ in the Free World,” and it was the perfect place for the show to land. Williams’ songs are vulnerable and yearning,  and sometimes even desperate, but it was clear she wanted to – needed to – close with a message of hope. 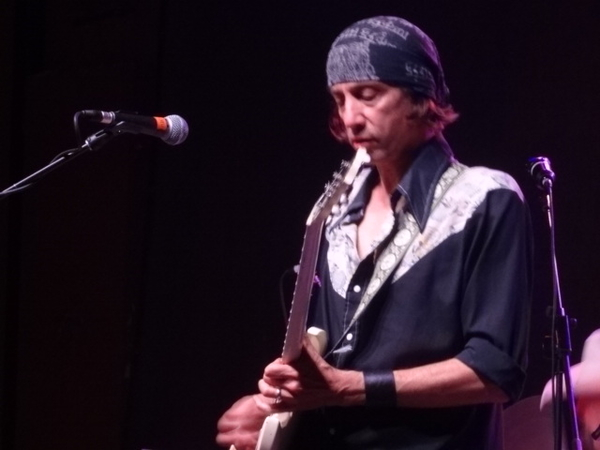 Leftovers: Buick 6 not only backed Williams beautifully but also displayed an impressive range with short instrumental set to open the show. Its molasses-slow version of Mississippi Fred McDowell’s “You Gotta Move,” with bassist David Sutton’s funereal bowed bass, gave the title sentiment the feel of  gently shaking the shoulder of someone passed out in the street. The highlight of Buick 6’s set was an instrumental version of Prince’s “Sexy MF,” and Sutton’s bass version of the title line was every bit as sultry as the original.

Side of the Road

Can’t Close The Door On Love