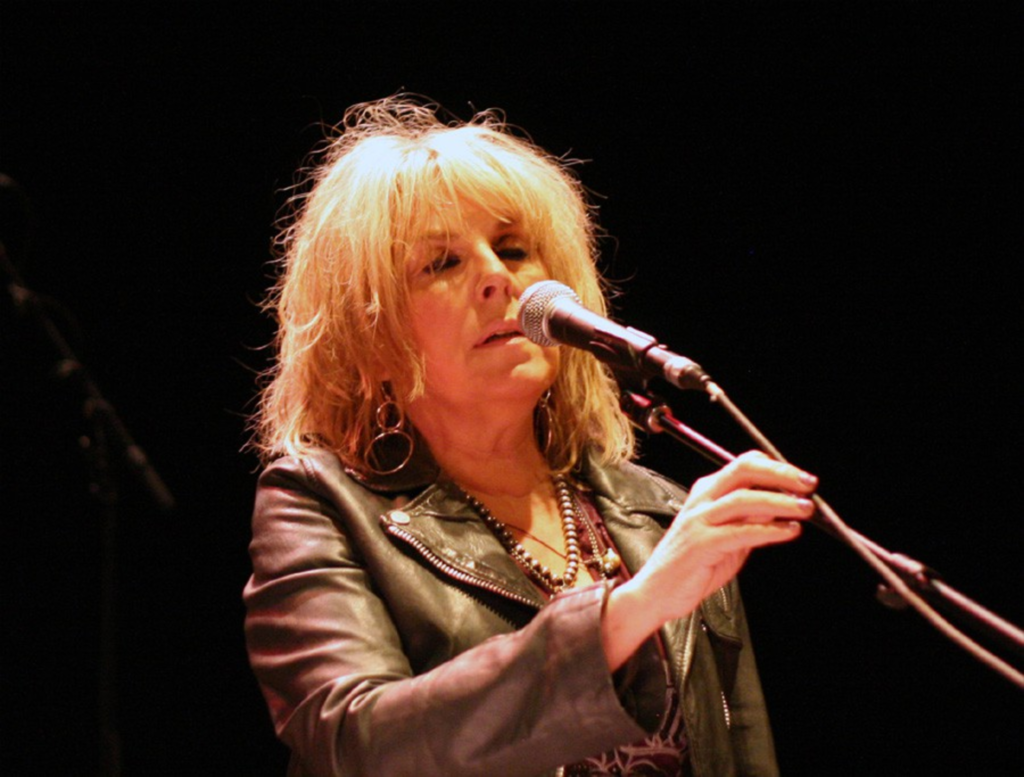 There are concerts you walk into, predisposed to think they’ll go a certain way. Lucinda Williams certainly was one of those. She was the raspy-voiced woman my mom liked, and damned if the crowd didn’t look a lot like my parents.

As the show started, there was something that had me worried this was going to be a rote, by-the-numbers kind of performance. See, Williams had a lyric book propped on a music stand. It was kind of understandable because Williams has a new double LP out, Down Where the Spirit Meets the Bone, and it’s totally logical that with a back catalog as large as hers, learning all of those new songs is going to take a bit of time.

But having to have a cheat sheet for “Car Wheels on a Gravel Road,” a 16-year-old song? That’s something that makes an artist seem distant from their own material, to say nothing of the crowd for which she’s performing. For those first couple of songs, Williams could be seen looking down fairly regularly for the words. 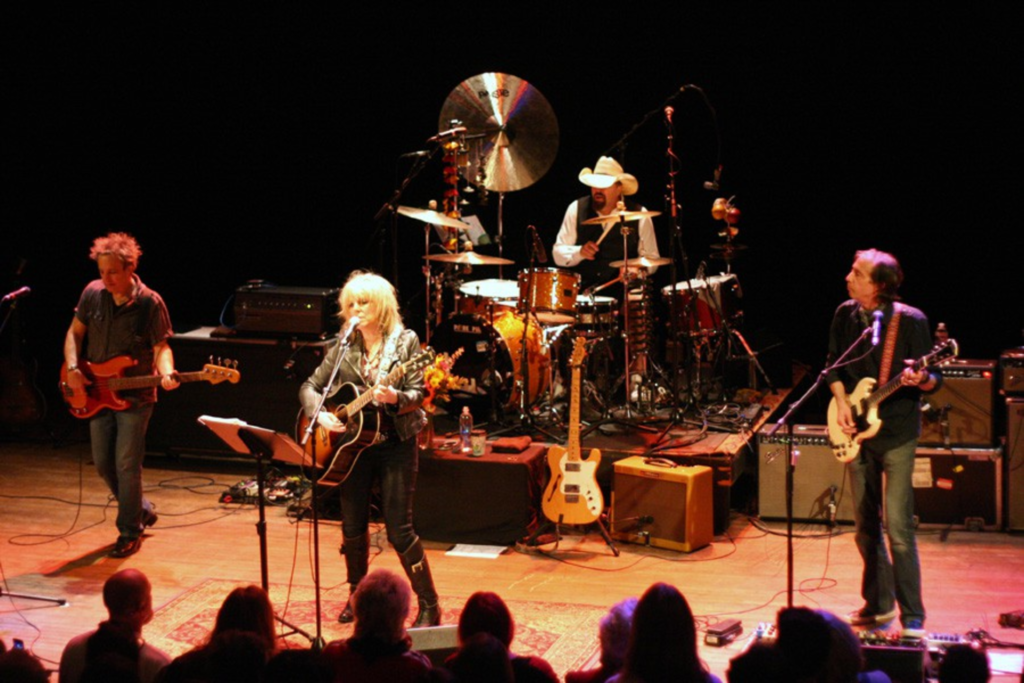 It was completely temporary, however, and completely unwarranted to get all worked into a tizzy about it. By the time Williams and her band had made it to “Drunken Angel,” you’d barely see her eyes flick to the pages of the lyric book. Williams — initially pretty stiff when the band took the stage — loosened up and began dancing and clapping as the band would go into instrumental workouts.

The band jammed out on this free form thing during “Are You Down” which reminded me of that freakout bit in Santana’s version of “Oye Como Va,” where the whole trio of musicians just grooved ultra hard. Williams stood to the side, clapping and swaying as enthusiastically as those in the audience, appreciating the impressive sight and sounds onstage as much as if she were a part of the audience herself.

Regarding the audience: A Lucinda Williams show in Lawrence is, of course, as perfect a pairing as can be hoped for. The crowd was a mixture of old hippies, folkers, and professorial types, obviously leaning a bit older but with a smattering of younger people mixed in.

Though the crowd leaned older, it didn’t mean it was restrained. The Hall was full to bursting with enthusiastic fans. The hoots, whistles and hollers for “Lucinda!” before Ms. Williams took the stage were vociferous. The fact that Liberty Hall’s lower level had several rows of seats just meant that people were dancing — yes, dancing — so much, they needed to sit and take a breather.

Williams’ distinctive rasp, live, is nowhere near the force it is on album, and I mean that in the best way. Freed from the repetitive abuse that take after take can inflict upon it, Williams’ voice still has that rasp, but also a beauty that is often obscured by the recording process. It can frequently sound almost brittle on an album, but live, on something like “Lost It,” her voice soars. It could also take something like “Everything Is Changed,” and be subtly, but absolutely, devastating. 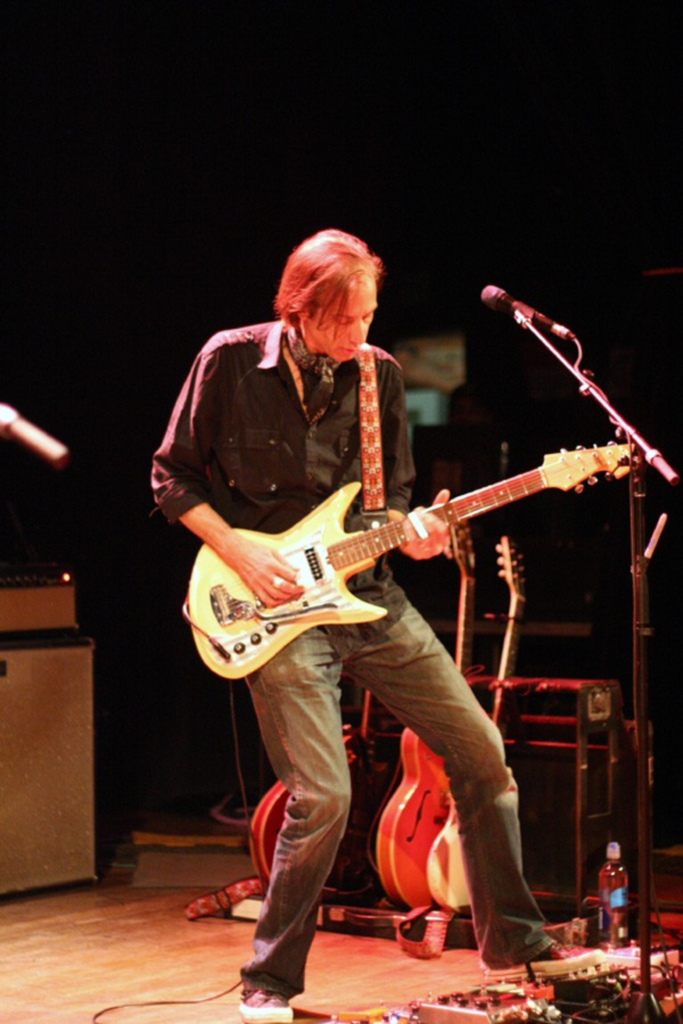 Williams’ guitarist — Stuart Mathis, of the Wallflowers — was what made the set really shine. He made every lick, riff and bit of slide work look absolutely effortless. His work on “West Memphis” was an especially subtle counterpoint to the loping blues of the rhythm section, augmenting and accenting but never overpowering.

While I may have at first been apprehensive about what I was going to get with Lucinda Williams, she and her band won me over, heart and mind. Hearing her explain that “Compassion” is taken from a poem by her father, Miller Williams, and the fact that it’s taken her years to be able to adapt his poem to music demonstrates this isn’t some perfunctory performer, but a musician who wants to communicate every lyric directly and correctly. These words mean so much to Williams, and — judging by the number of singing faces I saw in the crowd — they do to her fans as well. 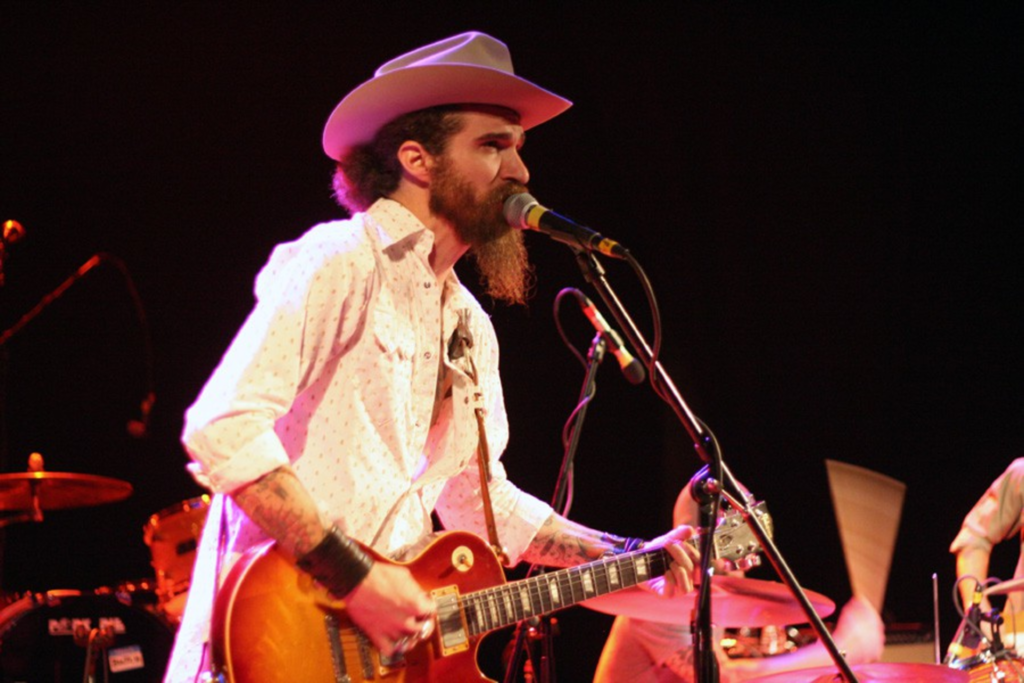 Openers the Kenneth Brian Band had my sympathies for their first few songs, struggling to be heard over the din of an indifferent crowd. However, as the crowd settled into its first beers and quieted a bit, the band started into some bluesy boogie rock, and it seemed they were content to mine the tracks of every Southern-rock compilation ever made. These guys listened to a lot of Skynyrd and AC/DC and were pleasant enough as background country rock, but as direct entertainment, they underwhelmed.