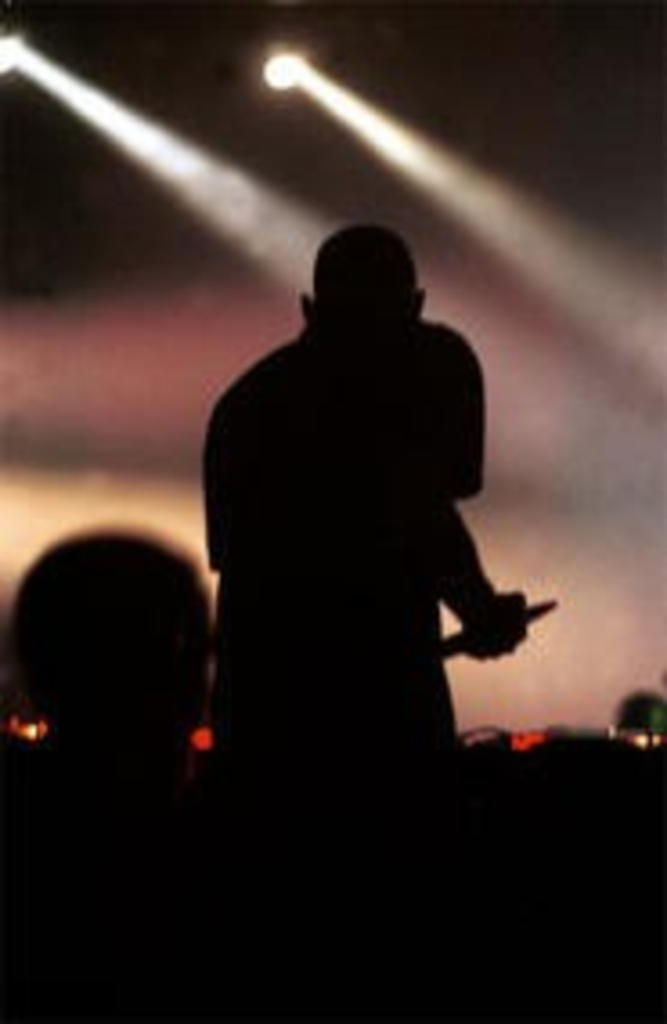 I might be giving away my age here, but after about 20 minutes in the smoky, pulsating Granada Monday night I felt as if my palm would start blinking at any minute, signaling that I’d be forced to join the other old folk and rise into the light à la Logan’s Run. LTJ Bukem and his Progression Sessions crew were in town, and the electronatti were all, for the most part, present.

I now have firsthand knowledge of what an opium den looks like. Hazy clouds of purple smoke were pierced by throbbing, wagging shafts of light. Deep shards were cut out of the ever-spinning disco ball overhead. It was epileptic ecstasy — a perfect place to plug in, tune out, and be drop-dead gorgeous. It was too bad I wasn’t ready to be more human than human, to transcend space and/or time, to boldly go into the universe unafraid. In short, it was too bad I remained sober.

Now don’t get me wrong here, kiddies, I’m all for imbibing on occasion. If the bottle says “Drink Me,” then, Alice, old girl, I’m apt to take a swig. However, I’ll come out and say it right here, your majesty — rave culture is built upon a rather shaky house of cards. The music presented (I won’t say played or performed because it truly wasn’t, save for a minimal amount of knob-tweaking and actual turntabilism) by Bukem and his cohorts was repetitive and uninspired; that is, unless your doors of perception were not open. And that, in easy-to-swallow tablet form, is the problem. If a rave can be enjoyed only while rolling on Ecstasy, is it really worth the effort? If the art form cannot stand alone sober, does it have merit? From the somewhat poor example given by Bukem, probably not. The fashionably bespectacled DJ stood over the crowd and spun some records. So did some of his friends. Basically, some English guys came to play us their drum ‘n’ bass record collection. Talk about a drama vacuum. Some people danced a spastic space-age chicken dance; the rest stood at sentry duty surrounding them, bobbing their heads rhythmically. Nothing much else happened. Yawn! In the immortal words of the MC5, a ROCK band, kick out the jams, motherfuckers!

It’s not that rave — or trance, or drum ‘n’ bass, or hard step, or whatever you want to call the mutant strains of electronica — are in themselves bad. In fact, much of the music is inspired. Bukem’s recorded contraptions are masterworks that are truly worthy of appreciation. The overall success of his Good Looking label is testimony to that. But for rave to replace rock and roll, it’ll have to get much more interesting, a lot more lively, and a lot less dependent on its audience’s being tweaked. As it is now, we have a bunch of bugged-out, drooling soma freaks dancing like crack-addicted versions of the cartoon characters from It’s A Charlie Brown Christmas to music that, at best, is barely built for anything but tripping your balls off to. I’ve seen the future, and it looks a lot like a cheesy sci-fi movie from the ’70s, complete with inadequate special effects and very little emotional payoff. Run, Logan, run!