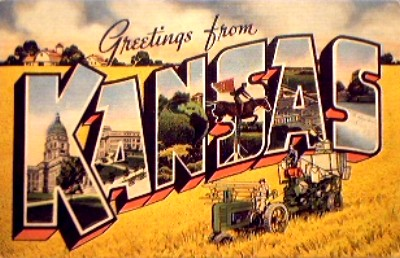 One of Kansas Gov. Sam Brownback’s talking points is to blame the state’s persistent budget problems on a “rural recession.”

But Tom Vilsack, the outgoing secretary of the U.S. Department of Agriculture, says rural America is in a pretty good place. In an exit memo, Vilsack notes that median household income in rural areas of the U.S. increased by 3.4 percent in 2015, while the unemployment rate has fallen below 6 percent for the first time since 2007.

Vilsack is the last original member of President Obama’s cabinet, so it’s to be expected that his farewell address hits the high notes. While the memo puts a polish on the administration’s efforts, it acknowledges challenges, as well. Vilsack writes that a strong U.S. dollar and low commodity prices have created “headwinds” for America’s farmers and ranchers.

Still, there’s not much talk of a “rural recession” outside of Brownback and his inner circle. In fact, participation in the labor force is actually growing slightly faster in rural areas.

Blaming low farm prices is the “easy thing,” according to Mike Lipsman, an economist and former manager with the Iowa Department of Revenue. Lipsman wrote a recent article for The Des Moines Register criticizing lawmakers there for “bad decisions over the past two decades that have undermined the integrity of Iowa’s tax structure.” Lipsam notes that in 2000, 43 percent of retail sales in Iowa was subject to sales tax. By 2014, the share had dropped to under 28 percent, resulting in a $335-million reduction in sales tax collections.

Lipsman suggests that instead of moaning about grain prices, lawmakers should address matters they control, such as a corporate income tax structure that hasn’t changed much since 1934.

So too goes the story in Kansas. Tax policy, rather than a mini Dust Bowl, is a better explanation for the state’s budget problems.

Brownback supported budget-depleting tax cuts that even some Republicans think went too far. A repeal of one of the governor’s signature policies, the tax exemption on business income, was offered on the first day of the 2017 session.

Brownback is urging Donald Trump to replicate the Kansas model at the national level. At the same time, the Sunflower State has become a cautionary tale. Before lawmakers in Missouri went to work, the leading Republican in the Senate said, “I don’t want to end up like Kansas.”