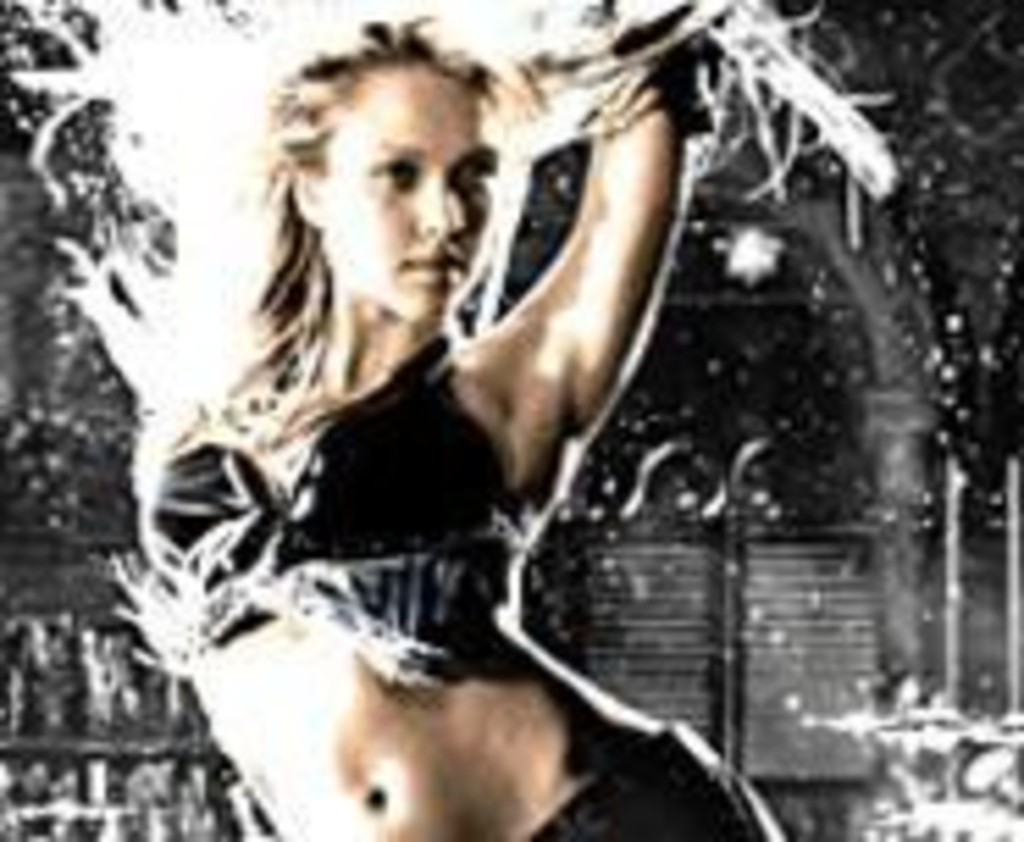 Robert Rodriguez and Frank Miller’s near frame-for-frame adaptation of Miller’s bone-crunching comics finally gets a rewarding DVD treatment, following a shamefully sparse edition earlier this year. The theatrical cut boasts two commentary tracks (with Quentin Tarantino and Bruce Willis, among others), but there are also featurettes on the props, costumes, cars and makeup, and an interactive map laying out the movie’s chronology . . . and that’s just disc one. Disc two features longer versions of each story: See Michael Clarke Duncan sliced in half, Carla Gugino getting Bruce Willis out of jail and Mickey Rourke visiting Mom’s house. Best extra: an all-green-screen version of the film before the digital scenery was dropped in. Worst extra: Bruce Willis singing with his band. There’s also a full-length mini-reprint of the original Sin City graphic novel. — Luke Y. Thompson

It seems like a swell idea at first, this version of Airplane! that includes a handful of deleted scenes and various asides from cast and crew. But be warned: While this bonus-filled feature does indeed deliver the entire film (still the gold standard for cinematic parodies), every few seconds it just stops and cuts away to something distracting and unnecessary — say, a deleted snippet involving passengers saying hi to their friend Jack (get it . . . hi, Jack?). The filmmakers’ commentary makes many of the same points, without the herky-jerky cutaways. As for the deleted scenes: “There is nothing that’s actually funny on the cutting-room floor,” says co-writer/co-director Jerry Zucker. “We were scraping to find 87 minutes of film to project.” Which explains a lot. — Robert Wilonsky

Peter Jackson registered a multibillion-dollar score with his Lord of the Rings trilogy. Now there’s no one left in Hollywood with the stones to rein in his vision of a three-hour monster movie. Here we are offered almost four hours of mini-documentaries on the eve of King Kong‘s release, packaged along with numbered production prints (although it’s hard to feel “exclusive” when your number is 100,562) and a gorgeous booklet. These 50-odd docs were put together during filming — so the digital Kong is absent, leaving the focus entirely on the little people. It’s like film school in a box: Watch the art department construct fake camel dung. See extras fidget. Observe a woman whose whole job is to sit on a hill looking for incoming planes. Anyone curious about what it takes to assemble a mega-budget film will find this fascinating. But if you’re hankering for Kong himself, you’re better off getting the wonderful new two-disc set of the 1933 version. — Jordan Harper

Judd Apatow, maker of TV shows (Freaks and Geeks and Undeclared) that were deeply loved by critics and deeply ignored by everyone else, finally scored big as producer of the Will Ferrell masterpiece Anchorman. Then he took his newfound clout — as well as Anchorman standout Steve Carell — and made the funniest comedy of 2005. The added footage on this unrated version doesn’t keep the film from dragging toward the end. But the special features — countless deleted scenes, expanded scenes, alternate takes, and commentaries — are collectively as funny, and almost as long, as the movie itself. The short doc on the infamous chest-waxing scene alone may bring tears. — Harper