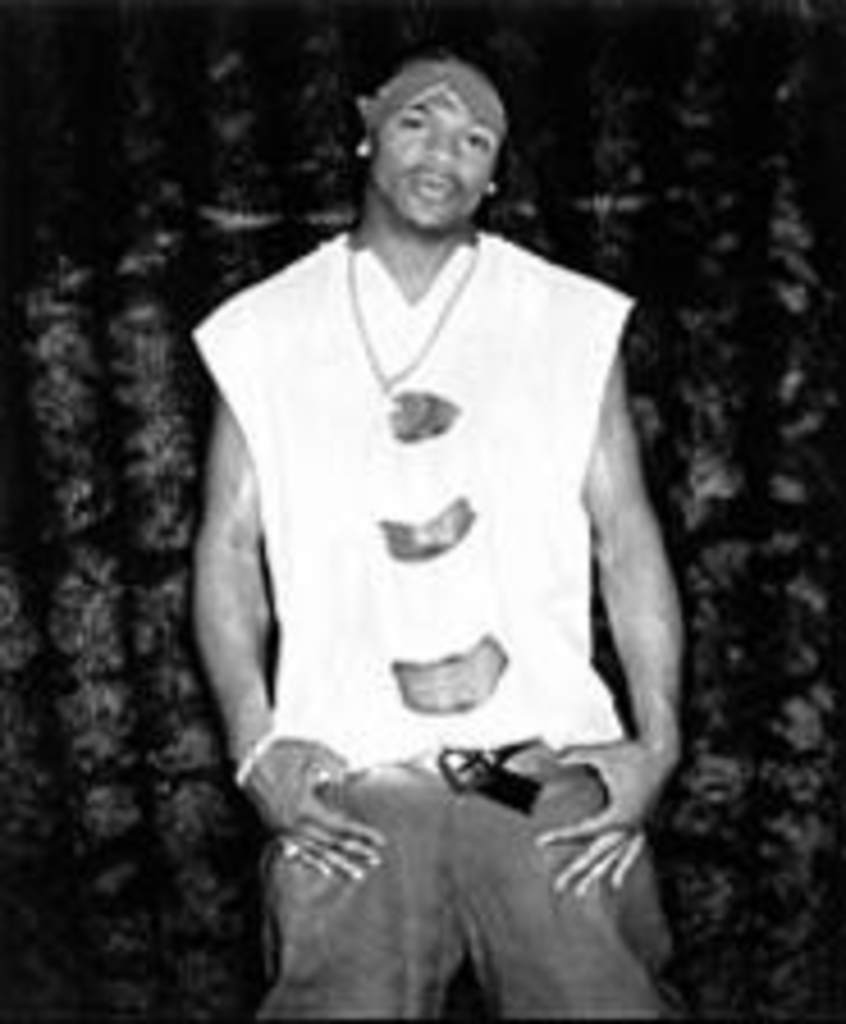 As Jaheim‘s hit single “Could It Be” blasts at 50/50, Kansas City’s newest hot spot where young urban professionals hang, a pair of twenty-something women discusses the singer’s sex appeal.

“I know,” replies her tablemate. “He’s comin’ straight with the real with his sexy ass.”

“I love real-lookin’ brothers who can sing,” the first responds.

Not only has the next generation of R&B vocalists flipped the script in the wardrobe department, but it also presents a different attitude. Yeah, they still sing songs about love and gettin’ busy, but their lyrics are sharpened with a streetwise edge. Ghetto Love, Ja’s debut disc, perfectly represents how these new cats get down. “The first half of the album is the ghetto side,” the 22-year-old explains in a thick Jersey accent. “The second half is where I seduce the ladies.”

The album does have a unique balance, but Jaheim recognizes his true strength. “Ballads are what I do best,” he admits. “I mean, I can do anything — R&B, hip-hop, whatever. There is no limit to what I can do. I’m just tryin’ to win.”

Jaheim has been winning since he was fifteen, when he won three consecutive times on amateur night at the Apollo Theatre. His voice has since deepened, and his distinctive husky growl makes his slow jams sizzle. Jaheim’s vocal approach often has been compared to Teddy Pendergrass’, but Ja grew up idolizing a different soul legend. “Luther [Vandross],” he says. “He’s the man — the most dominant figure in R&B. There is no one better than him.”

While he learned much from Vandross, Jaheim also took tips from Pendergrass, Sam Cooke, Stevie Wonder, Marvin Gaye and Donny Hathaway. “I study nothin’ but the best,” he explains. “I just did my homework. A lot of artists don’t do that. No dis to nobody, but that’s why everybody sounds like each other.”

Cockiness is a major part of Ja’s persona, but what else would you expect from a man who passionately sings Girl, I want to hit it in the worst way/After that you’ll be coming back, like, every day/Send you back to your girls with something else to say/How I hit it/Split it/Had you with it ’til the break of day. A part of that braggadocio comes from his rap background. Although Jaheim dug R&B as a kid, hip-hop seduced him as well, and that influence is evident in his sound.

“I made it a point to come different,” he says. “I always work hard for what I want, and when I want something I’m going to get it. That’s in my mind, and I’m not going to let no one take that from me. I gotta feel like ‘Ja, you can do this; you can do whatever you want to do as long as you put your mind and all into it.’ If you just doin’ it for somebody else, it ain’t goin’ to work.”

In addition to drawing inspiration from self-motivation, Ja thrives on competition. “I feed on it,” he says. “It makes me work harder. There are so many people out there that have messed it up. It’s easy to come out with one hit. They release albums and people go out and buy their albums, then they’re disappointed ’cause there is only one bangin’ song.”

By contrast, Ja says he went into the studio with the idea that every track he recorded was going to be a hit. He teamed up with Naughty by Nature’s Kay Gee, who helped him perfect his hybrid sound. Lyrically, the album’s focus is deeply personal, but Ja explains that it isn’t necessarily autobiographical. “Ghetto Love is a bunch of love stories,” he says. “Things about the hood, my life, things I’ve witnessed and experienced.”

Despite his hard-knock upbringing, Ja is a compassionate and caring person, says Gina Bowser, a good friend of the family who took care of Jaheim when his mother died from spinal meningitis in 1994. “You can’t be 100-percent thugged out and sing pretty ballads the way he does,” she says. “I was best friends with Jaheim’s mother, and I’ve known Jaheim since before his dad died when he was two or three. He’s been singing since then. That boy used to sing, sing, sing.”

Jaheim started taking his singing ability seriously after his mother’s death. “Everything changed,” he recalls. “Her death really woke me up. I used to love the streets, but I changed my ways and started being a better example for my little brother.”

Jaheim plans to continue setting a positive example with a lasting career, one patterned after the multidecade run enjoyed by his idol, Vandross. “My first album is just an introduction,” he says. “I’m just getting warmed up. The fight ain’t over.” Comfortable in his pugilistic metaphor, Jaheim continues, assuming the role of underdog. “I knew I would have to fight to prove to the world that I’m the undisputed heavyweight champion. Without struggle, there is no success.”

With that, Jaheim prepares to enter the ring for a performance in Miami. “I gotta go to work,” he says. “It’s almost time to hit the stage, and I gotta give the ladies what they want — a little hardcore and a lot of tenderness.”