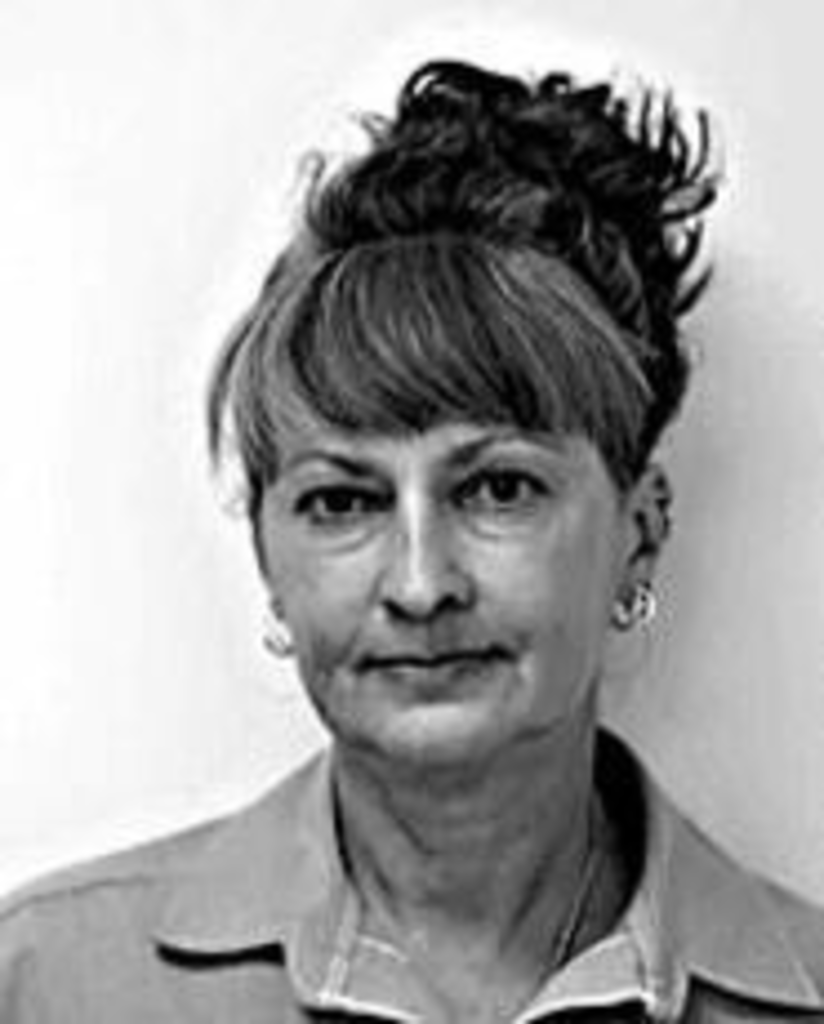 It was one of the most notorious murders in Kansas history. In the spring of 1980, a Johnson County housewife contracted a hit on her stepson. Offering a new car and free motorcycle repair, Sueanne Hobson persuaded her seventeen-year-old son, James Crumm, and Crumm’s sixteen-year-old buddy Paul Sorrentino to pick up thirteen-year-old Christen Hobson from the family’s Overland Park condo on April 17. Smoking dope and drinking, Crumm and Sorrentino drove the kid to a creek bank in rural Miami County. They forced him to dig a shallow grave and told him to sit in it. He was shot once in the arm, once in the face and once through the back of the head.

According to widely reported court testimony, Sueanne Hobson saw Christen — a special-education student who had adjustment problems at school and acted out at home — as a threat to her two-year-old marriage to Ed Hobson.

The trial was the best soap opera ever to hit Johnson County. Every day at 7 a.m., crowds lined up to get front-row seats at the courthouse. News reports in The Kansas City Star eventually began critiquing Sueanne’s attire and courtroom performance. Noting that she wore “a white dress with lace at the collar and on the sleeves” or “a cream-colored dress and a tan jacket,” reporters chronicled how she aimed “icy glares” at witnesses, “struggled to keep her voice under control, dabbed her eyes with tissues, and threw defiant answers at questions posed by the district attorney.”

Sueanne’s fifteen-year-old daughter said she’d overheard her mom plotting the murder. Crumm testified that he and Sorrentino had plotted the murder after Sueanne’s attempt to poison the boy’s ice cream had failed. He also said that Sueanne wanted her stepson gone by Christmas so she could save money on presents.

Sueanne Hobson has always maintained her innocence. Crumm had come to live with the couple in May 1979, after spending eight years with his father, Sueanne’s ex-husband. In her initial testimony, Sueanne said her son told her about the murder but said Sorrentino had pulled the trigger. Later, Sueanne fingered her son, who had been kicked out of the condo a month earlier for stealing credit cards, as a jealous sibling cum hatchet man. She alleged that Crumm had taken Christen’s wallet to the Metcalf South Shopping Center in Overland Park to make it look as if his stepbrother had run away. Later, she said she took the wallet there herself to protect her family by covering her son’s trail.

Despite his grief, Ed Hobson stood by his wife. By the end of the trial, though, he had a son in the ground and a wife in prison. Associate District Judge Robert Jones found Sueanne guilty of first-degree murder and conspiracy to commit murder. The sentences would run consecutively, but under archaic parole laws, Sueanne would be eligible to hit the street in seven and a half years. Now incarcerated at the Topeka Correctional Facility, Sueanne is up for parole a sixth time later this month.

With Sueanne’s parole hearing approaching, the media have begun retelling her cold-blooded story. But Ed Hobson has dropped out of sight, attempting to cover his own tracks.

The plot twist: For years, he has been active in a group dedicated to keeping convicted murderers behind bars — a group whose members, the Pitch has learned, are angered by Hobson’s efforts to get Sueanne out of prison.

In the ’90s, Hobson joined the Kansas City chapter of the support group Parents of Murdered Children.

“As an organization, what we are doing is trying to keep prisoners in jail,” says local chapter leader Marge Wolfer. “If someone murders another person … they deserve to die in prison.”

At the group’s monthly meetings, Hobson shared information about his grieving process and learned about the criminal justice system. By the late ’90s, he was promoted to co-leader and helped run local POMC meetings. He started speaking about his life as a crime survivor at area high schools and nearby prisons. He also became active in the Kansas Organization of Victim Advocates, a group that supports legislation requiring that victims be compensated for their losses and lobbies for stronger drunken-driving penalties and keg registration.

As a poster boy for victims’ rights, Hobson worked on the POMC’s national parole-blocking program — he remembers that the POMC filed two petitions against Crumm’s release and one against Sorrentino’s. By this October, the organization’s chapters nationwide had blocked the release of more than 882 prisoners, with 54 cases pending.

On a recent Friday night, Hobson was leading the November meeting of the POMC in the annex of Our Lady of Sorrows Church at 2552 Gillham Road. Beside him were three large picture frames, each filled with the photos of locally murdered children. More than twenty people sat quietly in a semicircle around him. He rose, faced the crowd and told the same story he’d been reciting for years.

“Anyway, so my name’s Edward Hobson. My thirteen-year-old son, Christen Hobson, was murdered on April 17, 1980,” Hobson said matter-of-factly. “My stepson and a friend of his, Paul Sorrentino, took Chris to a rural area in Miami County, forced him to dig his own grave and blew him away.”

On a typical night, Hobson would have stopped there. Over the past few years, he had stopped mentioning Sueanne’s name in association with the crime, Wolfer says.

This time, though, Hobson kept talking. “My ex-wife is still in prison,” he said. “She’s up for parole, and I’m trying my damnedest to get her out.”

Until that night, few POMC members knew of Hobson’s apparently conflicting interests. His efforts to get Sueanne released had been clandestine.

On Monday, October 27, three news crews gathered at City Hall in Kansas City, Kansas, for a public comment session before the Kansas Parole Board. Hobson was conspicuously absent. Ducking the media, he had made the 130-mile round-trip drive to Topeka on the previous Friday to attend a smaller hearing held there, where Hobson had the small, green-carpeted room mostly to himself.

“He spoke in favor of her release,” says Marylin Scafe, chairwoman of the Kansas Parole Board.

Word of Hobson’s efforts hit the nightly news — but on camera, he was playing the part of the ever-loving husband, not the aggrieved father of a murdered child.

Wolfer says she started getting calls from concerned POMC members. “I can personally tell you, as far as Parents of Murdered Children goes, we never support someone trying to get out of prison,” Wolfer tells the Pitch. “I know people are just devastated … I will never understand why Ed wants her out of prison.”

“I don’t think anyone was aware that he wanted his wife out of prison, except two or three board members, until it came out on the news,” board member Mary Gulledge says. “I can’t understand it. I think she’s duped him. In his mind, I think he thinks she’s innocent.”

Hobson has a tortured past. By the mid-’90s, he’d had as much death in his life as divorce. He lost his first wife to cancer in March 1976. He married Sueanne in December 1978 but divorced her four months after his son was killed. In December 1980, the couple reconciled. Sueanne demanded that Hobson stop drinking and find grief counseling. He agreed, and the couple remarried.

To cover court costs after his wife’s murder conviction, Hobson deeded the family’s condo to her attorneys. He eventually lost his home and moved into a blue-collar neighborhood in Wyandotte County.

When Sueanne became eligible in 1989, Hobson went to the parole board to lobby for her release. Citing the heinous nature of Sueanne’s crime, the board denied parole. Hobson failed again in 1992.

In August 1993, from inside prison, Sueanne divorced Hobson on the grounds of incompatibility.

“It’s because she wanted me to have a life,” Hobson says now. Then 51, he still had the potential to find another wife.

Sueanne came up for parole again in 1995 and 1998. During that time, newspapers reported that Hobson’s opinion on her release oscillated from opposition to indifference. But Hobson tells the Pitch that he never stopped trying to win his wife’s freedom.

At the Kansas City parole hearing, Johnson County District Attorney Paul Morrison called Hobson “a sap of galactic proportions.” Morrison said that under current parole laws, a felon like Sueanne would be ineligible for nearly fifty years. The idea that she had never publicly admitted wrongdoing troubled him. “I view Ed Hobson, frankly, as sort of one of her victims in that she is extremely manipulative,” he tells the Pitch. “If she continues to song and dance and hem and haw and ‘Oh I didn’t do it,’ then I think she should die in prison.”

“The members are not happy with this,” Wolfer says of Hobson’s efforts to get Sueanne paroled. She says she plans to discuss the issue with board members — including Hobson — at a POMC leadership meeting on Saturday, November 22, when they’ll decide whether to contact the group’s national office.

POMC was founded to be a supportive, nonjudgmental organization, says Nancy Ruhe, the group’s national president. “Once you take a position, you start to exclude members because of your own personal beliefs,” she says. “Ed’s been around a long time, and we’ve received no complaints and had no problems with the board. I don’t mandate how people grieve.”

After the November POMC, Hobson stood outside Our Lady of Sorrows, leaning against a brick wall, smoking a cigarette. He offered advice to a new couple attending the meeting. He told the Pitch that he has loved and supported Sueanne throughout the two decades they’ve been apart. His personal verdict remains the same: She’s not guilty. If Sueanne is released, Hobson wants to marry her again.

“Everybody’s got the idea here that they can go and interfere with my life and make me believe what they want me to believe,” he says. “Well, I don’t care. I got my rights. If they don’t like it, they don’t have to ask me [about it]. It doesn’t change anything about how I look at things or deal with issues.”