Louise Erdrich on storytelling, family lore, and why bookstores will inherit the earth 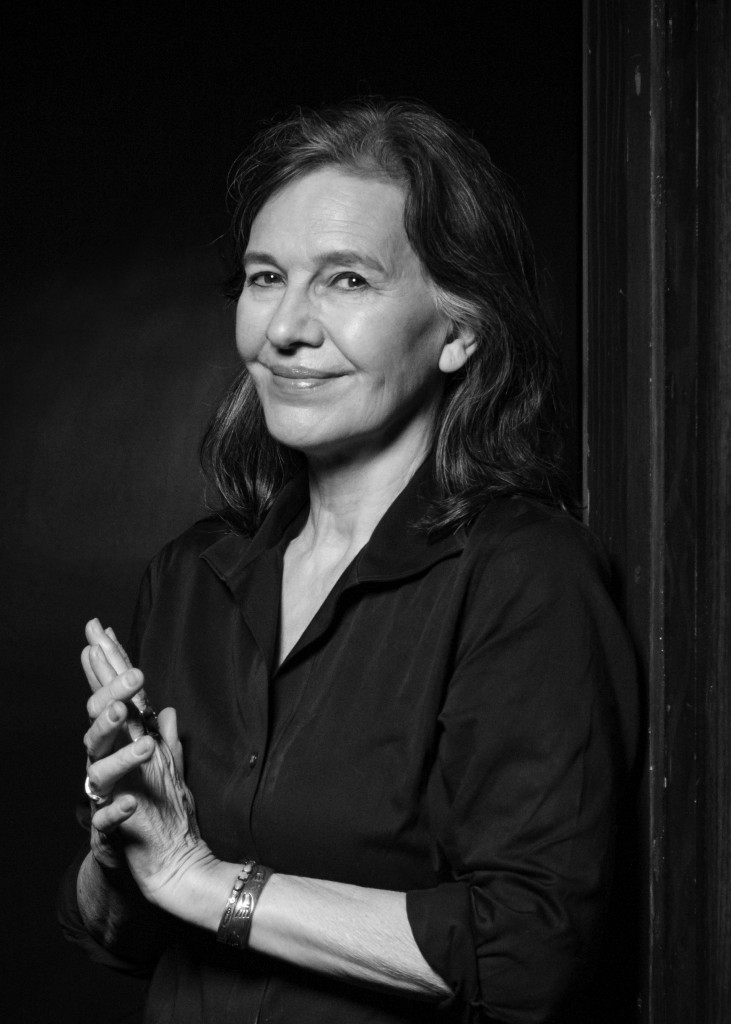 On March 11, the Lawrence Public Library, the Raven Book store and Haskell Indian Nations University will welcome a titan of American literature to Haskell Auditorium. Louise Erdrich is the author of 15 novels, as well as volumes of poetry, short stories, children’s books and a memoir on early motherhood.

The number of awards Erdrich has received for her writing could fill your garden shed. She’s won the National Book Award for Fiction, the Ainsfield-Wolf Book Award, the National Book Critics Circle Award, the Library of Congress Prize in American Fiction, the Dayton Literary Peace Prize, and the PEN/Saul Bellow Award for Achievement in American Fiction. Her 2008 novel The Plague of Doves was a finalist for the Pulitzer Prize.

Erdrich is also a member of the Turtle Mountain Chippewa Band of Indians, and much of her work addresses tribal and regional histories, as well as social justice issues. Her latest novel, The Night Watchman, is based on the experiences of her grandfather, who worked as a night watchman and fought against Native dispossession. I spoke with Erdrich ahead of her appearance to discuss the book, her writing, and how owning and supporting an independent bookstore (Minneapolis’ Birchbark Books) has enriched her career.

The Night Watchman, your latest novel, is based on the life of your grandfather. How did you decide it was time to tell his story?

I don’t have entire control over the books I write, but I have been gathering bits and pieces here and there about my grandfather for many years. I found his boarding school files at the Plains Archives. There I learned that his sister, Sarah Gourneau, persuaded him to come to Haskell because she loved it there. He came to Haskell, but missed home. So he hitchhiked all the way back to the Turtle Mountains, near the Canadian border. He defended his people against Termination with an eighth-grade education from a government boarding school. That, and his tremendous intelligence and curiosity. My mother says that every book that his children brought home from school he also read. He wrote such extraordinary letters – full of stories and news and funny turns of phrase.

Was this a book you’d wanted to write for a while, or did the need to tell this story develop more recently?

I happened to be reading (my grandfather’s letters) at a particular time when I had also been reading about Termination, and the time table clicked. I had no idea the scope of his accomplishment, so I wanted to investigate. Also, it was a very American story. I value the fact that in spite of the great injustice that Termination posed, he was able to rise up, form a coalition, gather evidence, and oppose the policy. We still have a country in which, when the government makes a mistake, we can fight it. We have the freedom to do that. That’s our flawed Democracy. Let’s make sure we value what we have and work to strengthen it.

You’ve said that storytelling is like an addiction, which I think is a fascinating way of describing that impulse. Can you speak more on how that impulse lives in you?

There is a moment when you get something right – a sentence falls together, a character surprises you, or you surprise yourself by writing better than you thought possible. That moment is addictive. A writer is always chasing satisfaction, and to get there you have to put in thousands of hours of failure. 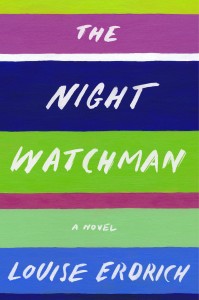 You said in an interview about Last Report on the Miracle at Little No Horse (2001) that most of your books are about revenge, and that “forgiveness is a lot tougher than I’ve had the grace to understand.” In the years since you wrote that novel, how has the theme of forgiveness, and the challenge of writing about it, colored your writing?

I still don’t understand exactly what forgiveness means, but at least I’ve got revenge out of my system. Reading Colum McCann’s latest book, Apeirogon, which is about the lived experiences of Combatants for Peace (an organization of former Israeli and Palestinian combatants working for nonviolence), in particular people who have lost their children to the war and are looking for a better way to live than in a fog of revenge, is informing my thinking on this question right now. What impresses me is the idea that in order to go forward you do your best to understand your enemy. As a writer, I do not judge. I just attempt to understand.

In addition to your great writing, you’re also one of several authors who owns an independent bookstore. I feel like there have been several author-owned bookstores that have opened or gained significant traction in the last 10-20 years–Emma Straub has Books are Magic in Brooklyn, Ann Patchett has Parnassus Books in Nashville. In Lawrence, Danny Caine, who owns The Raven, is also a published poet. What’s the value of having a bookstore in addition to your literary career?

We need many sources of information and many bookstores devoted to the life of readers, the intimate interior life that we have when in full communion with literature. This reality, in which books are there to touch and feel and page through and appreciate, isn’t replicable online. People like to come to bookstores so that they can rummage around. Writers are always rummaging around gathering facts here, stories there. I feel like we are bound together.

To branch off on that, what do independent bookstores offer their communities that chain stores or online retail giants like Amazon just don’t?

We give to our communities by hosting writers, putting on literary events, always sponsoring literacy efforts, reading days at local schools, visits from local classes, and we also give books to our Native community and make sure that we are there for people who just need a place to sit and cogitate. We are part of the commons, a place where people can find a haven whether they purchase a book or not.

As someone who lives simultaneously in different cultural spaces–the world of white America and the world of Native America, what insights would you want to give to other writers or creatives who might be navigating similar journeys in their work?

At every point in my life, the worlds intermesh in different ways, so there is no one answer to this question. Any advice I might give would be questionable. But I can say that it is vital to treasure the person you are. You don’t have to have some sort of fascinating ethnicity to treasure yourself. You have what you have. I happened to be part of a very strong family with storytellers all around me, the most important being my parents and grandparents. But from there I stepped into history – reading all that I could about my tribe, my region, our geology, our rivers, our waters, our plant life, and our politics. I am interested in just about anything. That’s where I start out, a general fascination with the abundance and bounty of words and ideas.

Louise Erdrich will speak about her latest book, The Night Watchman, at Haskell Indian Nations University on Wed., March 11. The Raven Book Store will have copies of Erdrich’s work for sale, and a signing will follow her talk. Doors open at 6 p.m. More event details are available here.

Coronavirus reveals the best and the worst in human connections