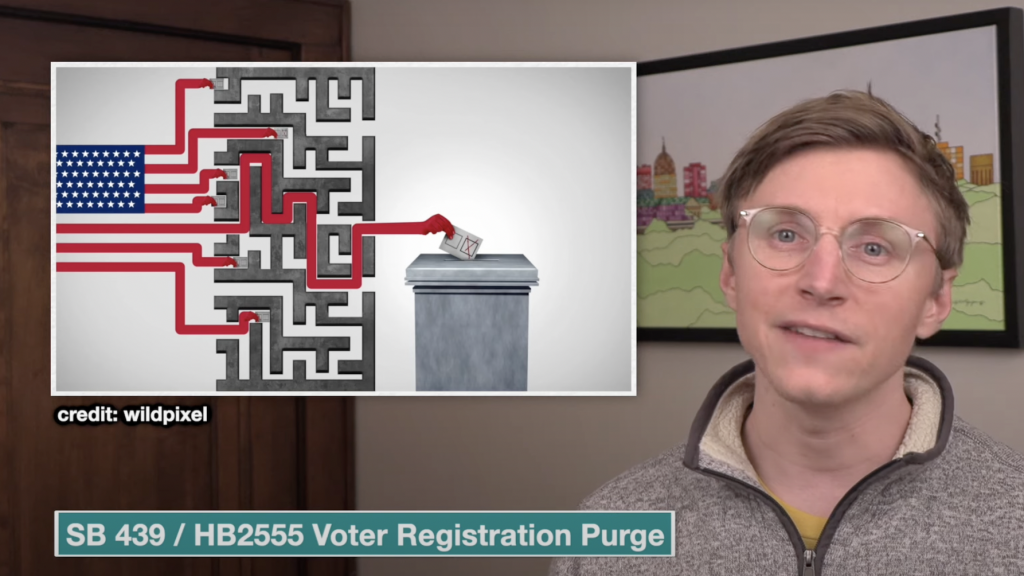 Here is this week’s video transcription:

Hey, I’m Davis Hammet with Loud Light. Here’s what happened in the 6th week of the 2022 Kansas legislative session:

Education
K-12 Education Budget Chair Rep. Kristey Williams (R) began working on a proposal dubbed “Parents’ Bill of Rights and Academic Transparency Act.” The bill would require school districts to divert millions of dollars to develop & upkeep a “transparency portal” that would contain every document a student may encounter from books to posters, allowing any parent to object to a library book resulting in the book either having a parental warning or being banned altogether, and allows anyone to sue school districts for alleged violations. The bill goes further, preventing schools from punishing teachers who refuse to teach topics if the teacher claims the subject violates their beliefs and contains a vague clause that may end immunization requirements in schools.

Redistricting Map Lawsuits
On Monday, two lawsuits were filed in Wyandotte County challenging the new congressional map. Full disclosure Loud Light is involved in one of the lawsuits. The Kansas Constitution declares that “all political power is inherent in the people, and all free governments are founded on their authority, and are instituted for their equal protection and benefit.” The lawsuits challenge that the new districts unconstitutionally deny Kansans of their right to elect the representative of their choice by drawing district lines that dilute certain communities voting power in order to predetermine the outcome of elections. Attorney General Derek Schmidt countered on Friday by filing a request asking the Kansas Supreme Court to immediately intervene and dismiss the lawsuits.

Election Bills
On Thursday, the House Elections Committee killed a proposal to abolish the 3-day grace period for mail ballots that are postmarked on or before election day; however, an identical bill is still alive in the Senate. The House Committee passed a voter purge bill to the floor that would remove thousands of Kansans from the voter rolls if they don’t vote for 8 years. The bill would disenfranchise impacted Kansans as it contains no fail safe measures for Kansas citizens who are wrongfully removed.

Rules & Regs Amendment
Republican legislators are pushing to amend the Kansas Constitution to give the legislature the power to veto any rule or regulation they don’t like with a simple majority resolution as opposed to the current process which is to pass a bill. In the 1980s both the U.S. Supreme Court and the Kansas Supreme Court found the “legislative veto” was an unconstitutional attack on the separation of powers which is why the state constitution would need to be amended to allow it. On Thursday, the House failed to pass the amendment, but they will try again to usurp executive power on Monday which is ironically Presidents Day.

Coming Up
This coming Thursday is a turnaround where most bills are supposed to pass either the House or Senate to stay alive. Thanks for commenting, sharing, and donating to make these videos possible. Stay tuned, stay engaged, & until next time, thank you so much Kansas!