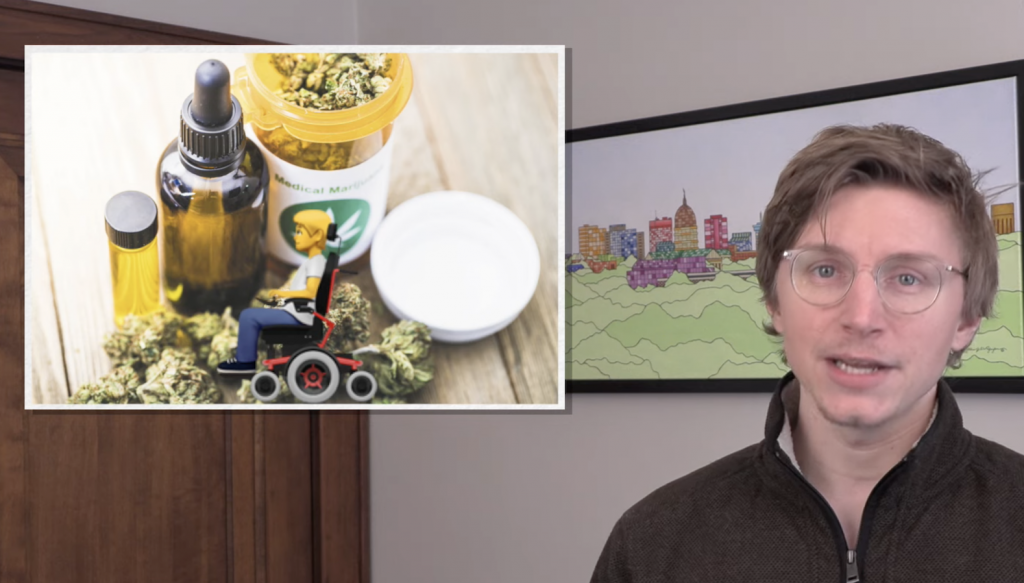 Here is this week’s video transcription:

Hey I’m Davis Hammet with Loud Light. Here’s what happened in the 1st week of the 2022 Kansas legislative session.

Governor’s Budget Proposal
Gov. Laura Kelly (D) presented her budget proposal which abolishes the food tax on groceries, increases higher ed funding to prevent college tuition from going up, expands access to mental health services, invests in affordable housing, and fully funds the state water plan for the first time in 15 years, but a major part of her proposal is a series of one-time payments to improve the states long-term finances.

One-Time Payments
5 years ago Kansas was running a billion-dollar deficit, but now the state has a near $3 billion surplus. Gov. Kelly (D) wants to use that surplus to immediately pay off $586 million in debt from the Brownback years, fix a $200 million accounting trick, avoid $224 million in new debt, use $460 million to provide every Kansas taxpayer a $250 rebate, and stow $600 million into a rainy day reserve fund.

Banning Journalist
In almost every state the press has access to legislative floors, but in an unprecedented move Sen. Pres. Ty Masterson (R) has banned journalists from the floor of the Kansas Senate. This appears to be part of a growing effort to undermine government transparency with the Republican Senate President in Iowa instituting the exact same restriction on the press within days of Kansas.

Medical Marijuana
A medical marijuana bill passed by the House last year was supposed to have a Senate committee hearing this coming Tuesday, but Sen. Pres. Masterson (R) pulled the bill out of committee at the last minute, blindsiding his own party leaders. The status of the bill is now unclear.

Redistricting
Redistricting has begun and the Kansas legislature must redraw the congressional and state legislative district lines to accommodate population change. Former Sen. Pres. Susan Wagle (R) was caught on camera discussing plans to draw the districts so that Kansas’s only Democratic U.S. Representative Sharice Davids is removed. This effort will likely involve an attempt to split apart Wyandotte and Johnson counties. The House Redistricting Committee may try to pass a new congressional map as early as this coming week.

COVID-19 School Closures
Over a dozen Kansas school districts closed down this week due to COVID-19 outbreaks. Schools are shutting down because too many students and teachers are sick, there are not enough substitutes, and last year the legislature passed a variety of restrictions on remote learning and pandemic precautions.

Outro
Visit loudlight.org to sign up for email updates and become a monthly sustaining donor which makes these videos possible. Stay tuned, stay engaged, and until next time, thank you so much Kansas!