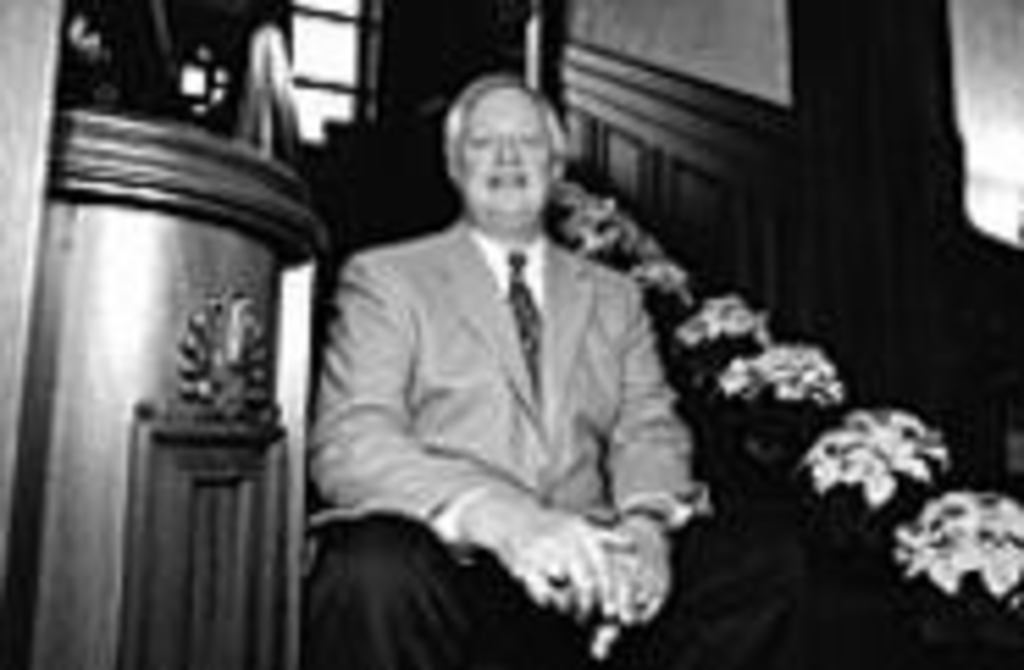 When Overland Park businessman Ken Saathoff bought the crumbling Loose Mansion on Armour Road last year and spent $1 million renovating it, the project brought gushing from the media. The Kansas City Star featured the mansion on the front page of its business section, and local television stations clamored to broadcast live from the historic residence.

Saathoff’s business venture — renting out the mansion for weddings and corporate functions — would, he thought, be good for his wallet as well as for Kansas City.

But the former computer consultant had never worked on a real estate project, and it showed. For example, he didn’t think to go to the city to request tax breaks, as any savvy developer would. He also didn’t realize that some of his neighbors might not want his business in the Old Hyde Park neighborhood.

Saathoff’s trouble began this past July, not long after the Star story mentioned that the organizers of the annual Hyde Park Homes Tour had included the Loose Mansion as a featured home. Kansas City residents would be able to stop by and ogle the 40-room brick house — with its original Tiffany chandelier, hand-carved mahogany woodwork and Italian tile floors — built in 1909 by Sunshine Biscuit Company founder Jacob Loose and his socialite wife, Ella.

In August, a Hyde Park Homes Tour organizer called Saathoff and told him the Loose Mansion could not be a part of the tour. Saathoff learned that former City Councilwoman Aggie Stackhaus, who lives just around the corner from the mansion on Walnut Street, had asked that the mansion be excluded from the event. “I have no idea why,” Saathoff says, “but they said they didn’t want to make anyone unhappy.”

Since then, Stackhaus has led a small but vocal group of neighbors who oppose Saathoff’s use of the house for weddings and parties. The group has fought Saathoff’s business with complaints to the city. According to a lawsuit recently filed by Saathoff, it was Stackhaus, posing as an anonymous “concerned neighbor,” who called the city in early August to complain about the mansion’s use.

Stackhaus’ call, Saathoff alleges, kicked off a city effort to shut him down just as his business was starting up. “I think Aggie’s had an enormous influence,” he says.

In early September, not long after the mansion opened, Heather Dodge, an investigator with Kansas City’s Department of Codes Administration, notified Saathoff that, by operating an entertainment business, he was violating the city’s zoning ordinance. Saathoff hired a lawyer and filed an appeal.

The mansion is zoned C-1, a category that allows commercial uses such as restaurants and hotels. But the codes department had determined that Saathoff’s use of the mansion for events required a heavier-use C-2 zoning, which permits skating rinks, movie theaters, batting cages and other crowd-drawing businesses.

On October 26, the city’s Board of Zoning Adjustment held a three-hour hearing on Saathoff’s appeal. Saathoff’s attorney, Sherwin Epstein, argued that although banquets and wedding receptions are not specifically addressed in the zoning ordinance, those uses are more in line with C-1-zoned hotels and restaurants than with C-2-zoned pool halls and dance clubs. Saathoff said his business benefits Kansas City and that parking is not an issue because he has two small parking lots and a lease agreement on a larger one south of the mansion, providing him with spaces for 250 cars.

Developer Raymond Braswell spoke in favor of Saathoff’s project during the hearing’s public-comments period. “I’m on the board of MainCor [the Main Street Corridor Development Corporation] and will probably resign over this very issue,” he said. “Something’s not right here. Main Street between Armour and Westport is a disaster, and this is one of the highest-quality developments I’ve seen in years…. This is sending a message to any developer in this city — don’t go to Main Street, because it’s a tough part of town and it’s highly risky and you’ve got Aggie Stackhaus, who will play politics against you for self-serving purposes.”

Lawyer Lydia Carson, representing Stackhaus and the neighbors opposed to the mansion, argued that Saathoff’s mansion is a highly intensive entertainment business that is out of place in the neighborhood. Stackhaus herself suggested that the mansion be turned into condominiums. “This is a residential neighborhood,” she told the board.

Stackhaus explained that she had “tried to be nice” to Saathoff at first, approaching him the previous spring and telling him, “If you want to talk about urban-core heroes, there are a number of us who have been slinging it out here for over 20 years.” Saathoff invited Stackhaus to a celebration of the mansion’s reopening, she told the board. “That’s when I got my inkling that this ain’t no office building anymore, Aggie,” Stackhaus said at the hearing.

Not long after that, Stackhaus said, she spotted wedding guests from a Loose Mansion event “running back and forth across Walnut” to retrieve cars that had been parked in the parking lot of the adjacent Interstate Bakeries through an agreement with the owner. Stackhaus said that was when she decided the mansion’s reception business would not be good for the neighborhood.

“I do Victorian high tea benefits. I am an expert in Victorian entertaining. My husband didn’t want me to bring in the trash I’ve picked up off the street. I can guarantee you the Looses weren’t entertaining people having them stand around drinking beer out of plastic cups and sucking down weenies,” Stackhaus said. (She declined to comment on the matter for this story.)

In a letter filed with the board, Loose Mansion neighbor Karta Purkh Khalsa, who operates the Sikh Dharma Center on Walnut Street, urged the board to uphold the codes administrator’s decision. “The residents of Walnut Street have had their driveways blocked by vehicles, have been disturbed by noise during nighttime hours and have had to pick up trash dropped by guests,” Khalsa wrote.

The board voted 3 to 2 to uphold the codes administrator’s decision that Saathoff was in violation of the city zoning ordinance. Through his attorney, Saathoff appealed the decision by filing a lawsuit in Jackson County Court in November against the Board of Zoning Adjustment and the city.

While the appeal makes its way through the court, Saathoff can hold off the decision of the codes department — but he can’t stop Stackhaus. According to Saathoff and his wife, Barb Saathoff, Stackhaus lurks outside the mansion during parties and receptions, taking photos. Saathoff says Stackhaus has called neighboring Interstate Bakeries to try to convince them not to let mansion guests park in Interstate’s lots after hours.

The night of December 9, Saathoff says he was hosting a corporate Christmas party at the mansion when he walked outside and saw Aggie Stackhaus’ husband, Jim Stackhaus, arguing belligerently with Ryan Alden, the off-duty police officer Saathoff had hired for security. (Saathoff says he hires security for all events at the mansion.) “He was drunk,” Saathoff says of Jim Stackhaus. “The officer told him to settle down, and he wouldn’t do it. So he had to call his sergeant and finally wrote out a ticket.” Alden confirms for the Pitch that he ticketed Jim Stackhaus for drinking in public.

After that, Saathoff walked back inside and into the catering kitchen at about 10 p.m. and saw Heather Dodge, the city codes inspector, standing there. Wilson Winn, a codes department division manager, tells the Pitch that Dodge had been sent because the department didn’t realize that Saathoff had appealed the board’s ruling.

“Somebody had sent us a copy of the invitation that they had sent out for a party they were having that night, so we sent an investigator out,” Winn says. “They’re still in violation, but while they are in appeal it is our policy not to pursue prosecution.”

Epstein says he believes Saathoff has a good chance of winning his appeal, which will be decided by a Jackson County judge who will look at the history of the case and the written evidence but will not hear testimony.

“I think we will prevail,” Epstein told the Pitch. “This business is hardly akin to a trampoline center or a pony track.”