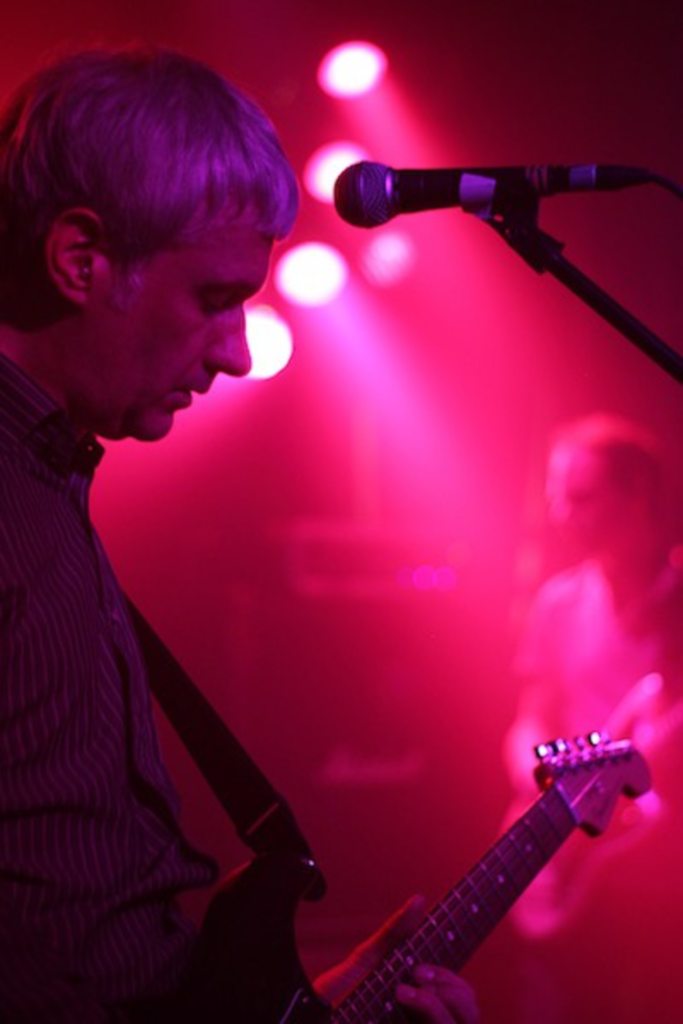 It has been more than two decades since the U.K. post-punk underground psych members of Loop performed as a single unit. Published interviews and articles would suggest that a reunion was out of the question just a couple of years ago. It’s even more surprising that the group elected to come to the States and stop in the heart of the Midwest on its way to headline the Austin Psych Fest. But last night, a ripened Loop treated a small crowd to something of a catalog-revival show at RecordBar. 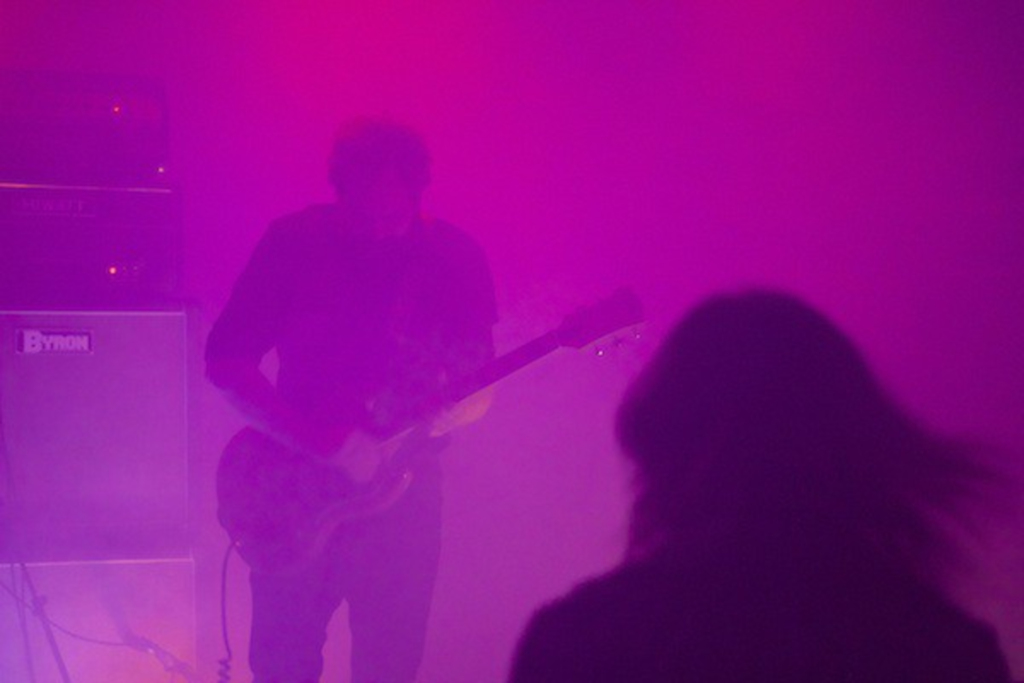 Local drone master Justin Wright of Expo 70 started things off with a solo set, taking the stage promptly at 10 p.m. He spent a good five minutes meticulously setting up every detail of his set, from fog machine to effects. As the room slowly filled up with fog smoke and blinking red lights, it was as if the audience was transported to a spacecraft landing pad. Celestial lazer sounds and repetitive organ tempos, paired with a constant and ominous guitar reverb, resonated around the room.

There was a point during the set when the smoke machine fogged up the stage so much that Wright became invisible, except for a subtle hazy outline of a man and his guitar. This is a pretty seducing strategy when you’ve been doing the one-man-band show for as long as he has, locally and internationally. Wright singlehandedly hot-boxed RecordBar with his smoggy instrumental light show and really set the tone for the rest of the evening. 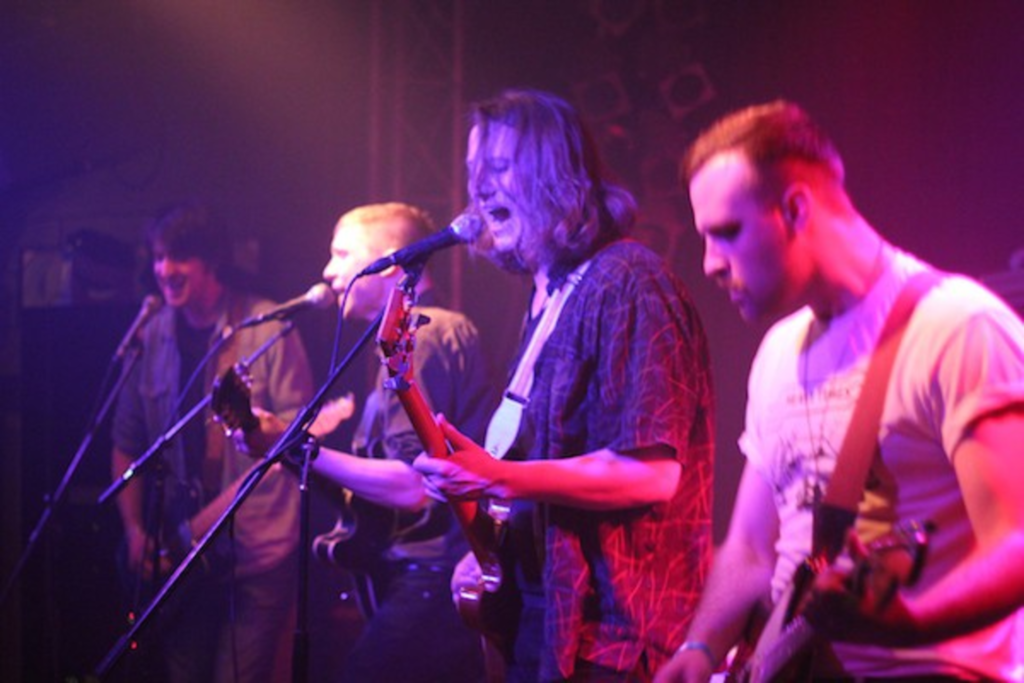 After Expo 70’s residual fog cleared out, the People’s Temple from Michigan took the stage. Three young guitarists and a bass player crammed single file next to one another. They opened up with lots of energy, and the audience quickly adapted, shuffling their feet and moving closer toward the stage. Their set included crowd favorites like “The River” and “Nevermore,” a song about a lady stringing a lover along for the ride.

During a quick break, they asked the crowd if anyone could put them up for the night: “Let us come drink whiskey with you,” they suggested.

The group sampled tracks from its three most recent albums, some punk-structured tracks, some rockin’ bangers. They didn’t necessarily have a cohesive theme to their set list, but the band’s overall enthusiasm and humor kind of made it all worth it. 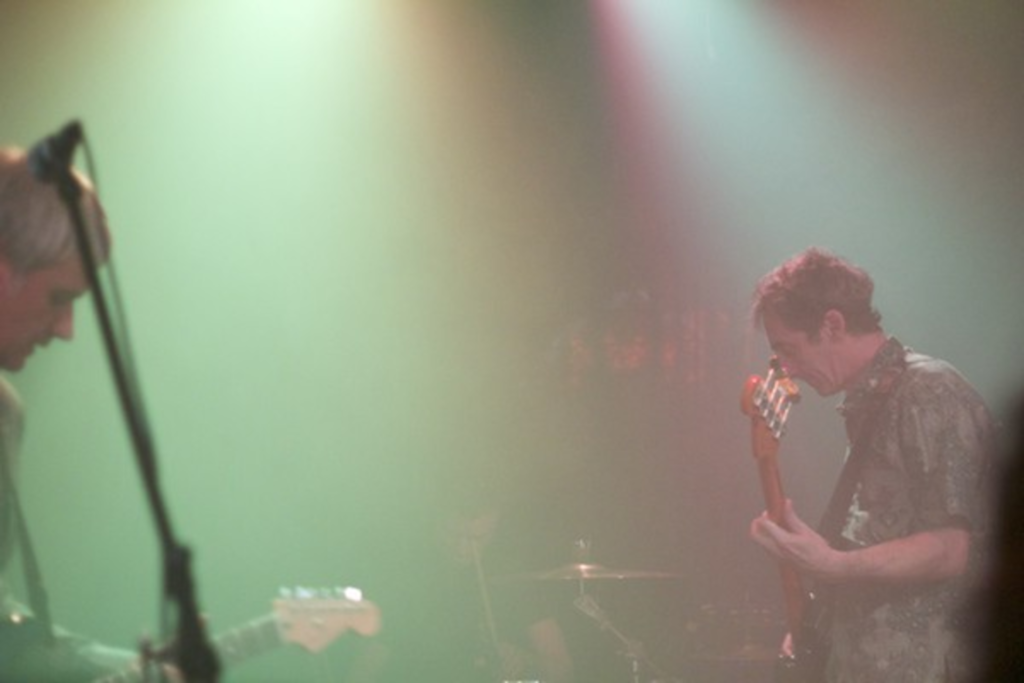 After a brief intermission, the crowd seemed to double in size as soon as Loop started plugging in. The energy from the fans filled the room with excitement and anticipation. The band calmly spread out using most of the stage, and the drummer set up as far back on the wall as he could, leaving no trace or even shadow of his person.

The band experienced some slight technical issues after nailing their first track “Soundhead” from album Heaven’s End, and the crowd immediately grew silent as lead singer Robert Hampson directed the sound engineer with a fluid English accent. Later on, Hampson dedicated a song to the light man, thanking him for “not just blasting a white light on us.”

Each song from Loop’s ambitious set list elicited instant recognition and cheering from the crowd and everyone in the room, including the members of Loop. They knew – along with the enthusiastic crowd – that this show was a rarity, not to be taken for granted.