Looking for meat at the Great American Barbecue Festival 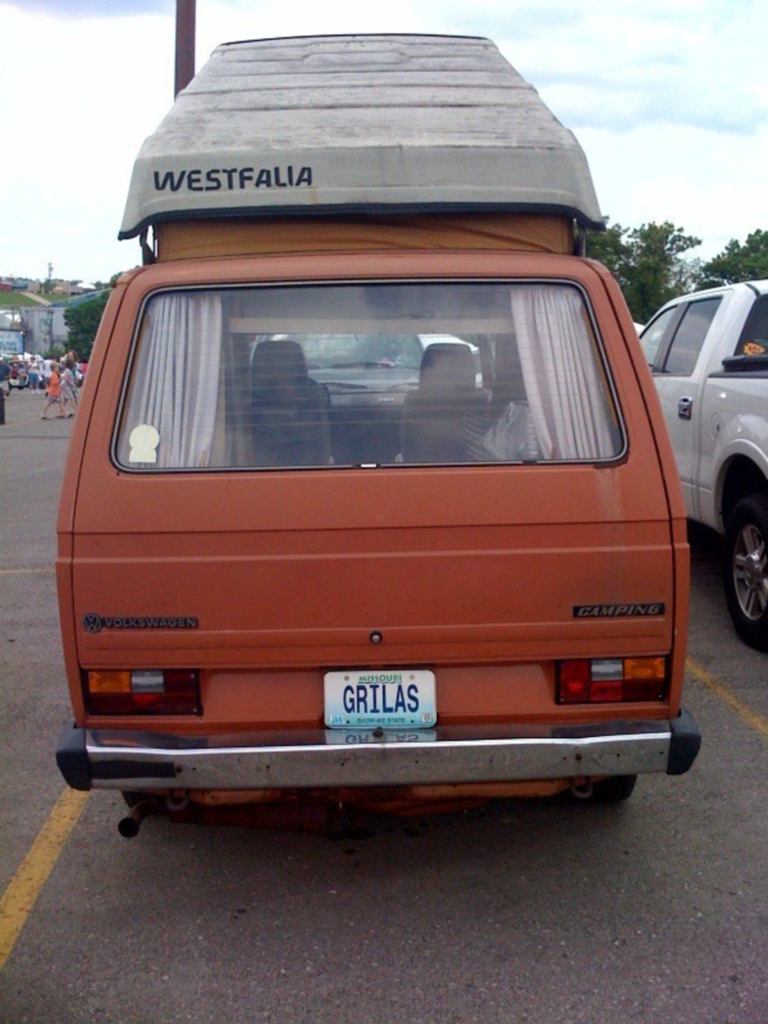 Ah, the scent of smoked flesh slathered in barbecue sauce! That aroma wafted throughout the Capitol Federal Park at Sandstone last weekend during the Great American BBQ Festival. The clubs editor and I dropped in on the meat party late in the festival, midday on Sunday. By then, some of the vendors were already running out of supplies.

We stopped in at the Fox 4 tent, where $5 was supposed to get you a pulled meat sandwich, baked beans and a beverage. A woman at the front of the tent downplayed the low stock and eagerly snapped up our money “for charity!” And then we got served this awesome value: 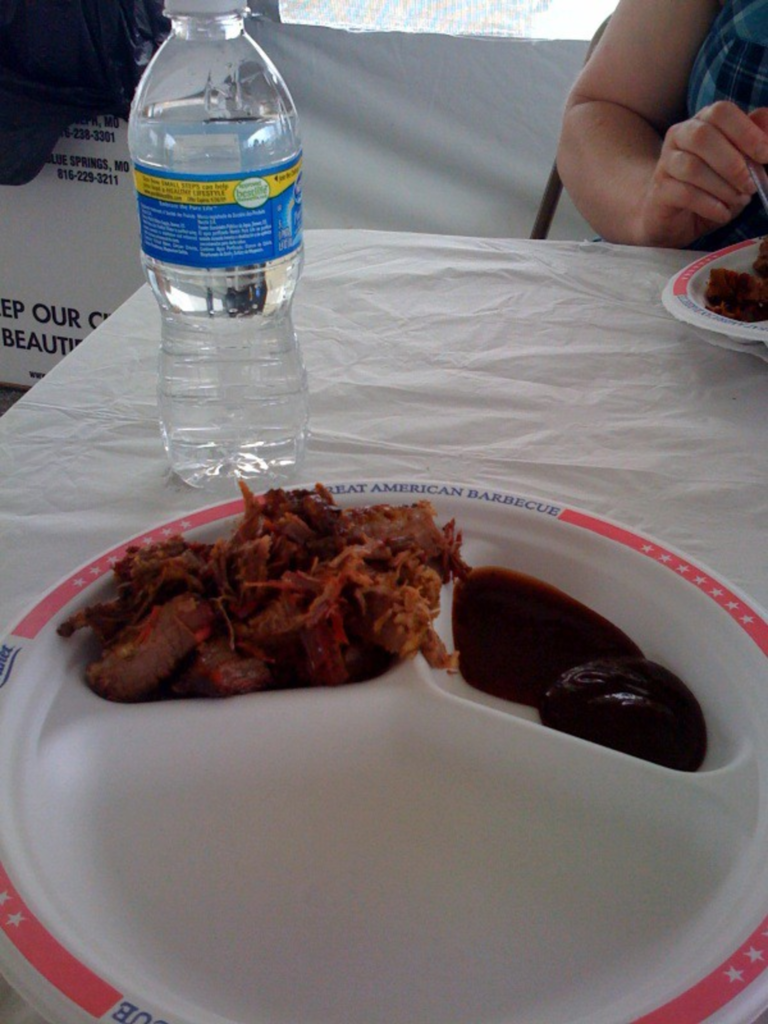 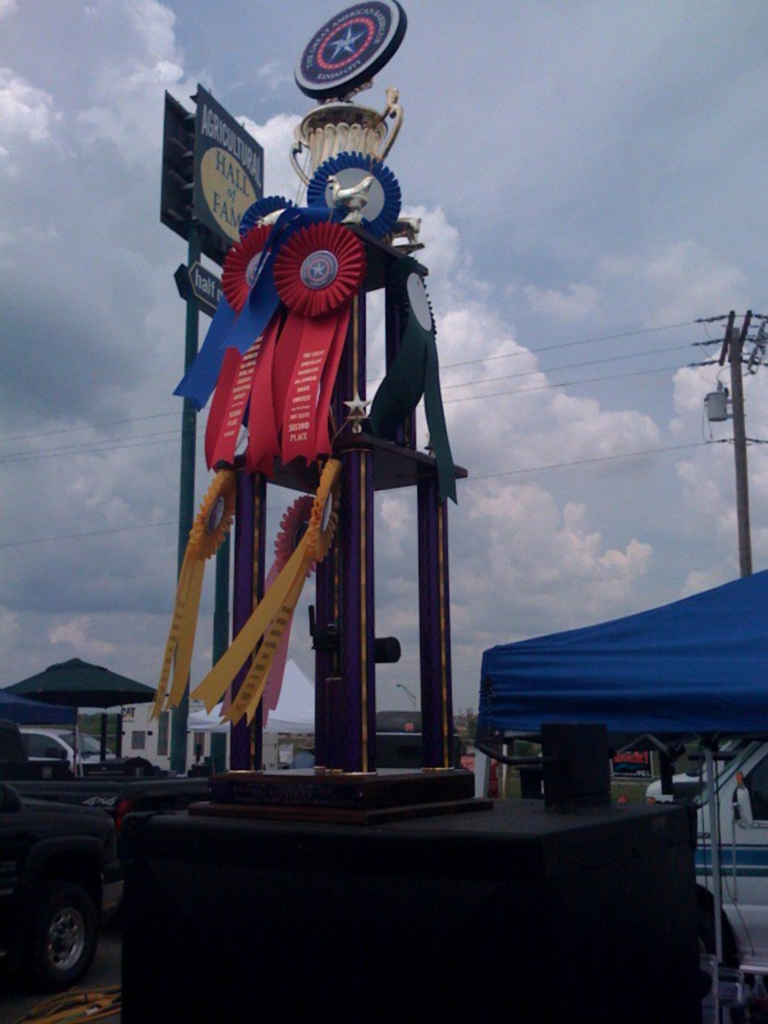 That’s the thing about barbecue festivals. If you’re not competing or friends with a competitor who’s smokin’ meats and marinating them for a great big trophy (like the one at right, won by the Blues Hog Cafe), I think it must be hard to actually fill up on meaty treats without spending a ton of money. As far as we could tell, most of the places peddling plates were professional vendors, like the kind you’d see at carnival midways (and there was a carnival at the event, too). The corn and coleslaw I bought from one of those trucks was not good at all.

Maybe our experience would have been different if we’d arrived earlier in the day. But then, we would have missed the rib-eating contest, in which people tried to eat more than four pounds of ribs in six minutes. I wonder if they had to pay for that privilege.