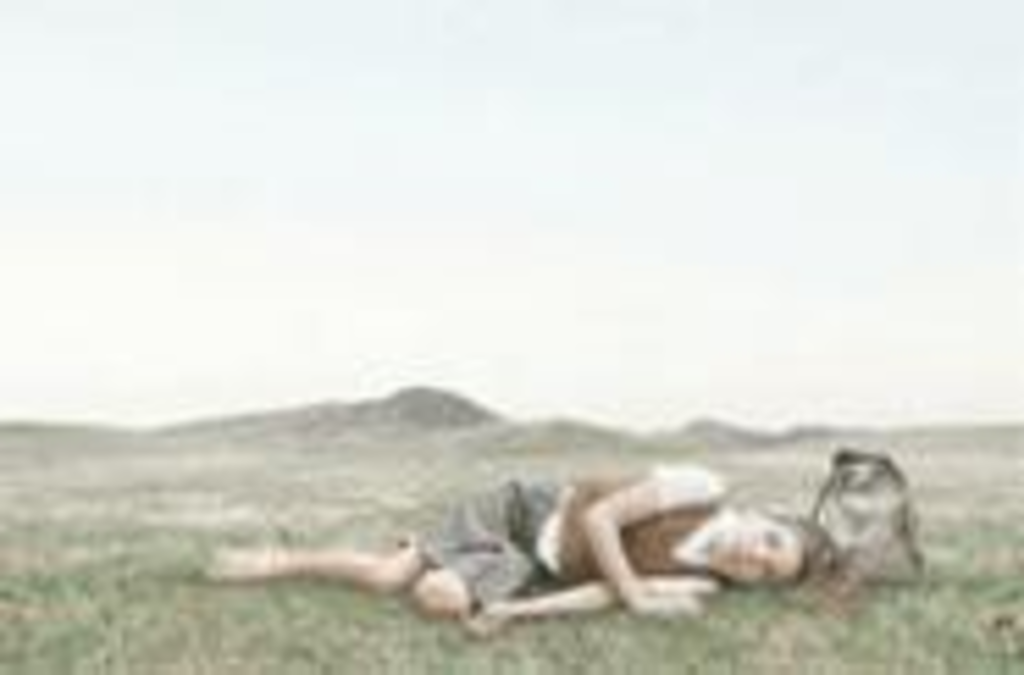 It’s hard to resist a show that exhibits only human faces and bodies (through nontraditional means). Seeing the Society for Contemporary Photography’s Simulacrum: Portraiture in the New Millennium is like peering into a warped mirror; it distorts our perceptions of ourselves and others, altering even the process of how we see.

The unique construction of Loretta Lux‘s photographs renders them dreamlike. Lux takes images of young women, then enhances them digitally and places them in different backgrounds that she has painted, resulting in a disjointed reality. The photographs form a series of scenes from any given child’s daily or weekly routine. These children are undeniably alone, and it’s striking to see childhood depicted this way, in all of its isolation, alienation and sadness.

In “The Drummer,” innocence pervades the frame, but there’s a harsher subtext in the cutting lines of the wallpaper’s design and the sharp triangle points painted onto the sides of a girl’s drum. Similarly, “The Wanderer” evokes the romantic dream life of its subject: A girl lies prone, her packed handbag within reach. Perhaps she’s tired from having run away from home. Or maybe the scene is just her fertile imagination. Either way, there’s a sense of escape.

John Gerrard‘s “Caroline” is a bewildering mix of the personal and the technically precise. Gerrard calls the piece a “watchful portrait” in which he projects an image of the titular Caroline onto the gallery wall as she follows the sun from dawn to dusk. It seems as if she may speak at any time. She doesn’t, but her occasional blinks are off-putting.

Tula Bayar‘s multimedia installation Admissions is equally compelling. Its title is derived from the audio aspect of this work, wherein women “admit” often personal and awkward experiences to an interviewer. Small light bulbs hang from the ceiling, and skeleton keys dangle from wire attached to plastic globes, all of it oddly recalling Christmas. Stooping down to peek into the spheres, we see the young women in slightly vulnerable poses; as portions of the monologues repeat, it’s as if we’re trapped in the speakers’ minds. Peering through the proverbial keyhole like this feels invasive — and like we’ve been afforded a special perspective. The entire piece is surrounded by a linen curtain that embraces the observer. After a time, an overpowering (if temporary) sense of intimacy develops between the viewer and the viewed.