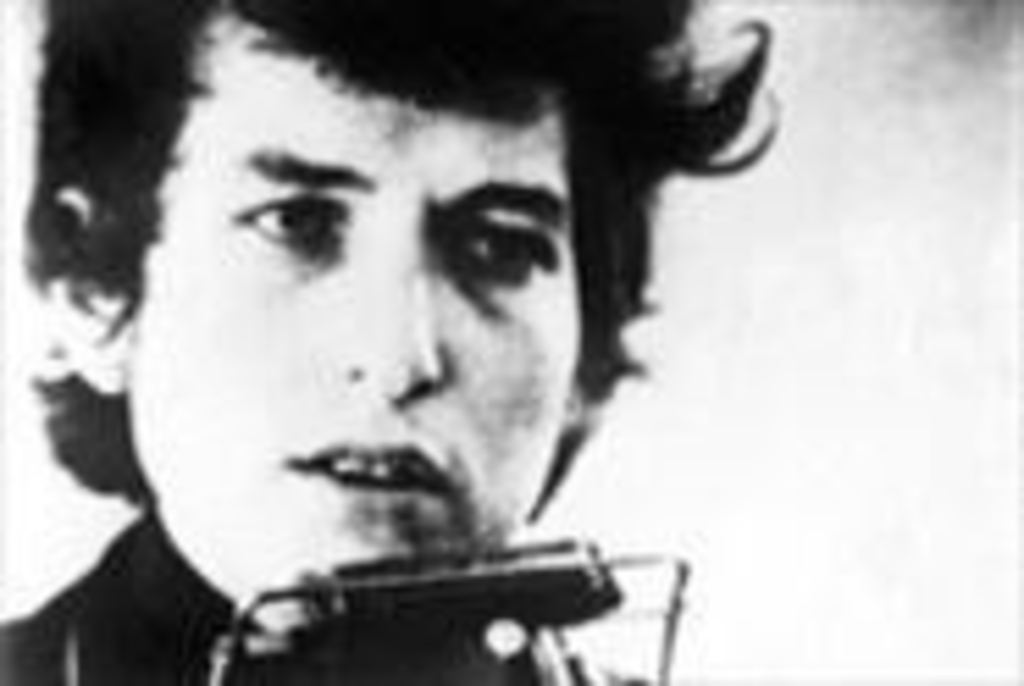 The publicist asks if I’d like to speak to D.A. Pennebaker to commemorate the 60th birthday of Bob Dylan, which falls on May 24. She asks this because, during the spring of 1965, Pennebaker made a documentary about Dylan’s tour of England, Dont Look Back, which captured a drained, cagey Dylan as he transitioned, uncomfortably, from fame to legend. She asks this because last year, a New York-based home-video company called Docurama re-released Dont Look Back—which is, easily, the most influential rock-and-roll movie, save for This is Spinal Tap—on DVD, complete with a handful of excised musical performances, an alternate take of the infamous cue-card sequence for “Subterranean Homesick Blues” and a director’s commentary. She asks this because Docurama wants to push the DVD yet again, and any excuse will do; what better reason to do a story on Pennebaker’s masterpiece (fine, one of many) than to tie it to the master’s turning six-oh? Lord, how tired Pennebaker must be after all these years of being asked, “What was Bob really like?” Don’t look back. Maybe it’s good advice.

Besides, Pennebaker, in certain circles of squares, is every bit as influential and legendary as Dylan. The man who refers to documentary filmmaking as “the obsessive sport” is the fly, and the rest of the world is the wall upon which he perches, camera and microphone in tow but always out of sight. The films he makes alone and with wife Chris Hegedus don’t even feel like documentaries. Drop the unsuspecting viewer into a theater screening The War Room (the Oscar-nominated 1993 film that turned the Clinton campaign inside out), Dont Look Back or—the couple’s latest, about the torturous birth and quick demise of—and they might even think they’re watching the stuff of make-believe—brilliant fiction instead of the cold, hard facts.

There is never a narrator to get in the way; there is no comforting voice of a disembodied celebrity to hold your hand through the narrative. For two hours, more or less, you are allowed into the secret lives and unknown worlds of the famous and the anonymous: the backstage of the rock star, the conference tables of political operatives, the offices of venture capitalists tossing good money after bad in the direction of a startup Web site.

“We want to deliver the impression of dropping in on someone else’s world,” says Hegedus. “That’s the basic primal instinct of voyeurism. It’s the thing that makes you love to witness what other people go through and kind of empathize with them if possible—or sympathize with them, for that matter. Whichever way you’re feeling.”

Had Pennebaker made only Dont Look Back or the 1967 Monterey Pop concert film (which contains the famed footage of Jimi Hendrix setting his guitar aflame, quite literally) or The War Room (a home movie in which James Carville and George Stephanopoulos plot the Clinton ascendancy), his legacy would be cemented. He’s the Truffaut of the documentary, the Godard of cinema verité; if he didn’t invent the form, at the very least he reshaped it in his own image. But the list of films Pennebaker has made over the years, with Hegedus and other collaborators, is a staggering litany of profound, intimate works, be they shorts about a day with his daughter in Central Park (1954’s Baby) or the Christmas Day Robert Kennedy and Sammy Davis Jr. spent with New York school children (1964’s Jingle Bells) or his long-form chronicles of the backstage goings-on at Broadway shows (1970’s Company: Original Cast Album and, with Hegedus, 1998’s Moon Over Broadway, about Carol Burnett’s return to the stage).

His filmography (much of which is available for purchase from www.pennebakerhegedusfilms.com) reads like a who’s-who of the past four decades. Pennebaker has hung out with the mighty and the fallen; he’s the ever-present shadow making public the private moments of people who should have known better. In 1964, he filmed Timothy Leary’s wedding to Nena Von Schlebrugge, which became the 12-minute You’re Nobody Till Somebody Loves You. In 1971, Pennebaker documented the outrageous women’s-lib debate between, among others, Norman Mailer and Germaine Greer at Town Hall in New York City; the film, Town Bloody Hall, sat unreleased for years, until Hegedus came in one day and edited the thing together in, more or less, an hour (it was the fledgling couple’s first film together). From 1979 to ’81, Pennebaker and Hegedus documented John DeLorean’s quest to design the perfect car, which became nothing less than a stainless-steel Edsel. And in 1990, the two released their film about Jerry Lee Lewis, which charted the oft-seedy life of one of rock’s pioneers.

But music has long been the filmmakers’ fetish; they’ve spent more time backstage than a thousand groupies, having documented the on- and offstage lives of David Bowie (during his Ziggy Stardust and the Spiders from Mars period), Branford Marsalis, Otis Redding, Victoria Williams, Alice Cooper, Suzanne Vega and jazz singer Dave Lambert (of Lambert, Hendricks and Ross) shortly before his unexpected death in 1964. The duo even made what’s essentially a companion film to Joel and Ethan Coen’s O Brother, Where Art Thou?; titled Down on the Mountain, it captures a bluegrass concert at the Ryman Auditorium in Nashville and features renditions of songs that appear in O Brother. But despite the soundtrack’s surprising success on country radio, Pennebaker can’t find a distributor interested in releasing the film. Like most of his films, Down on the Mountain will likely end up on home video, meaning it will never reach even a small percentage of the audience that would like to see it.

“It’s crazy,” says a clearly frustrated Pennebaker. One would think he would be beyond such exasperation: It took him two years to find a distributor for Dont Look Back, and though it broke box-office records for a documentary, most of Pennebaker and Hegedus’ subsequent works have been confined to limited art-house runs or tiny sections on new-release shelves in video stores.

“Well, it’s not my business,” he says. “That’s the problem. It’s in the hands of fate. And it’s really Joel and Ethan’s film anyway, so we’re just trying to get it out if we can, just because it’s a shame to do all the work and not have it pay off somehow. Unlike filmmaking, where you have a lot of aberrant souls all obsessed by making a film no matter what it costs them in their lives, in distribution, it’s basically a money business, and the people involved in it look to make money and sell popcorn. That’s the bottom line for them, so it’s sometimes a very tough gate to get through.”

The 75-year-old Pennebaker, speaking in the soft, studied voice of a professor (he and Hegedus teach classes on documentary filmmaking at Yale), talks often of how there are few directors left who treat film as “literature.” His voice contains barely audible hints of bitterness and disgust when referring to a system that treats documentary filmmakers as “the underclass,” as a group to be ghettoized and dismissed. Why else, he asks, does the Academy of Motion Picture Arts and Sciences routinely hand out Oscars to documentaries rarely deserving of such a prestigious prize while ignoring other, far better offerings?

“You know they’re not going to give it to something like Hoop Dreams,” he says. “It’s too good a film. They must give it to a film nobody will ever take seriously as a film. Then, nobody at the studios is going to be upset.”

Pennebaker and Hegedus often talk of moving into the world of the fictional feature. They dream, every so often, of working with actors instead of subjects. But they dismiss such dreams and desires quickly.

Yet Pennebaker, as a young man, never pursued a career as a filmmaker; he was as likely to pick up a camera as a man with no arms. He was an M.I.T. graduate with a degree in mechanical engineering; he served in the Navy during World War II, then came back to work on power stations around Texas. He started his own company, Electronics Engineering, that was responsible for developing American Airlines’ computerized reservations system. When he began making shorts in the early 1950s, it was because he fell in with a group of experimental filmmakers—a group that would come to include the likes of Robert Leacock and Albert Maysles—and he suddenly found himself holding the necessary equipment. He thought to himself, Well, why not make movies?

“Back then, we were making one a week. I don’t know why,” he says. “There was nothing beckoning us toward the golden retreat. We did it because we had the equipment, it was cheap to buy the film, and that’s what we were supposed to do. We saw ourselves as filmmakers. That we weren’t able to sell any of them—not one of them—didn’t seem to dawn on us that we were fighting a losing battle. It just seemed like what we had to do.”

Pennebaker and Hegedus dispute the notion that they are historians; they insist they’re merely students of history, observers capturing events as they hurtle down the timeline. They are the guardians of yesterday. Without them, we might never have seen the sad and sarcastic Dylan who, while reading newspaper articles about himself, said, “I’m glad I’m not me.” We might never have seen James Carville breaking down in front of the faithful on election night. And we might never have seen Hendrix licking the sky while his instrument melted beneath his bended knee.