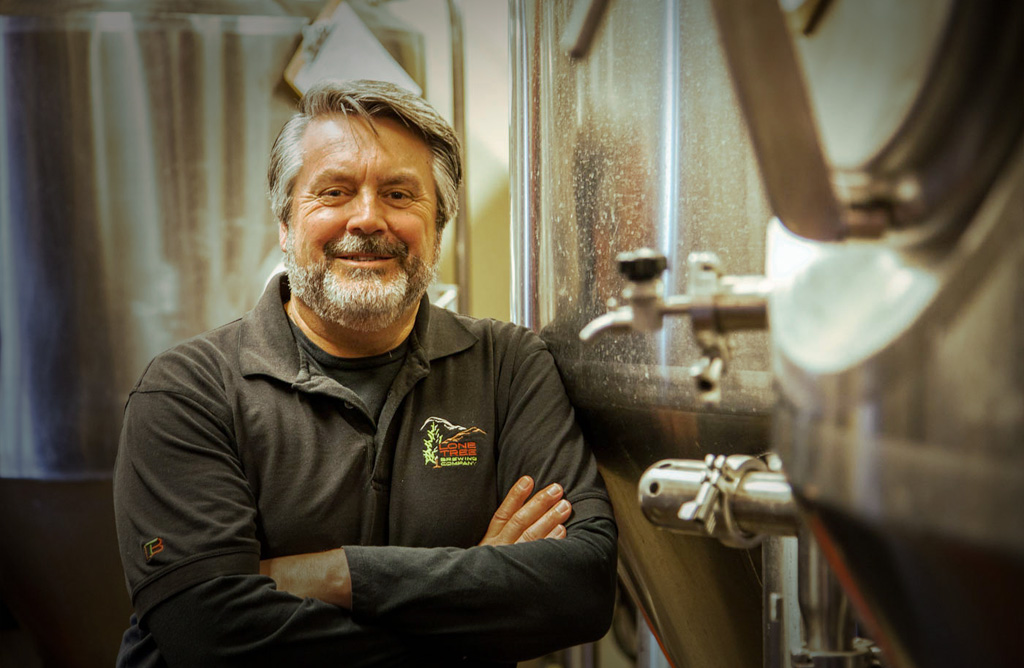 It’s soon to be spring in the Midwest. The weather is warming up, meaning it’s soon to be time to sit outside with the beverage of your choice, hanging out and enjoying the fact that you’re not chilled to the bone.

While some may opt for cocktails and others for wine, there’s really nothing that says “porch drinking” quite like a beer. To that end, we reached out to John Winter, owner of Colorado brewery Lone Tree Brewing Company, to talk about the company’s ten years in business and plans for the coming year.

Fun fact: the only place you can get Lone Tree outside of Colorado is in the state of Kansas.

The Pitch: You just celebrated your 10th anniversary. Given that you have grown considerably in the past decade, how was that feeling of reaching a decade in business?

John Winter: Sometimes, as often is the case, we don’t always smell the roses on the journey. You’re so busy day-to-day, trying to increase sales, making better beers, thinking about the future, and handling employees that you don’t get to sit and stop and reflect upon what has happened in the last 10 years.

When we began, we were the 115th brewery operating at that time back in 2011 and we were the very first brewery in the south suburbs of Denver. We’re not downtown, so it was more of an urban or country sprawl, so to speak. We didn’t have a great many residential neighborhoods around us, so I think we’ve grown probably a little slower than had we been in downtown Denver, but it’s been okay.

We’ve grown from within ourselves organically. We haven’t had to go out and try to really push it. We’ve just grown as customer demand has increased and, today we’re probably about the 35th largest brewery in Colorado–and that’s with probably 420 breweries in the state now. We’re so very, very thankful for that. 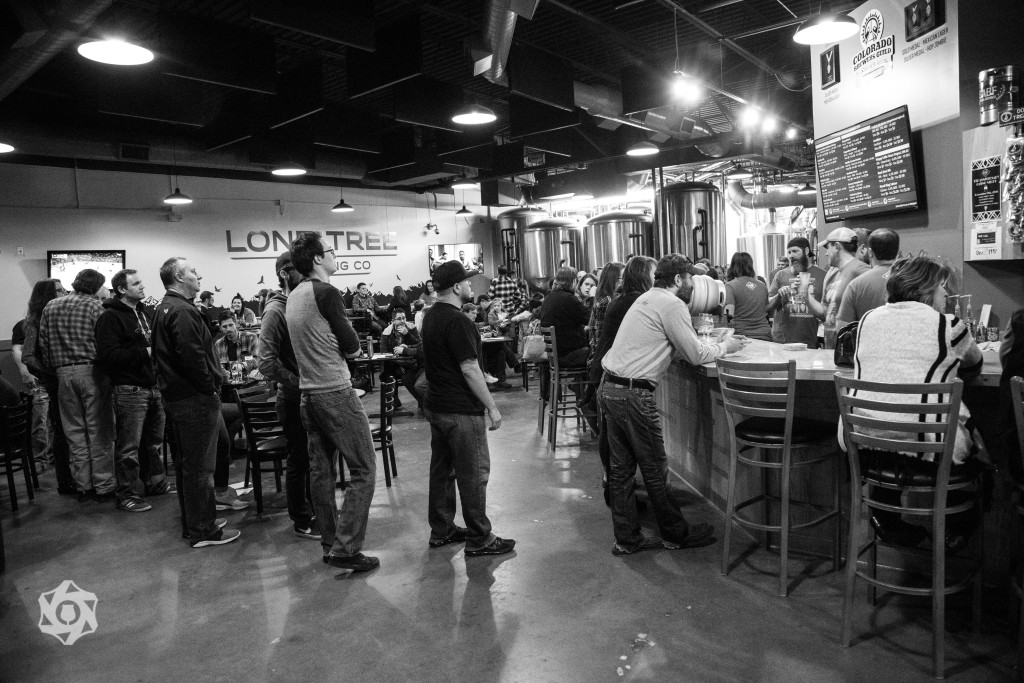 There are a lot of breweries in Colorado and in the Denver area, especially. It seems that Lone Tree really keeps itself unique by keep its portfolio really tightly limited. You’re definitely focusing on wanting everything you put out to be the best that it can be, rather than having a scattershot approach to cover all of the styles and all of the trends.

Yes, we intentionally have done this. We want to make the best beers and styles that we can possibly make and we want you to feel comfortable that when you walk into a grocery store, liquor store, whatever it may be, and you are thinking about picking up a couple of six-packs to go to a party. You know, without question, that when you pick up our beer it’s not going to be remaining in the tub of ice at the end of the party. People are going to be able to pick it up, drink it, enjoy it, consume it, and remember it. That was by definition. We wanted to do that.

We do do some weird one-off beers in our tasting room, but our thing has always been focusing on quality and to that extent, we’ve won two gold medal or two, and a silver and a gold for our Mexican lager. We were the very first craft brewery ever beat the big guys at GABF [Great American Beer Festival] to get a gold in ’17, which was monumental for the industry. You see almost every single craft brewery now producing lagers.

I would like to think we might’ve shown some people at the awards that you can do this–you can make something very good. Our other medal that we just got last year was for our peach pale ale. I think it’s unusual for a brewery, especially our size, who has won three or four GABF medals for four production beers that we make every day. I really am proud of that. Usually it’s a one-off–an extra hoppy whatever that you’d never put it out into the market–but we’ve won with our production beers. To me, that’s something that I’m really, really proud of. Our brewers and my partner in this, Jerry Siote–they really focus on making the best quality beer that we can possibly can. 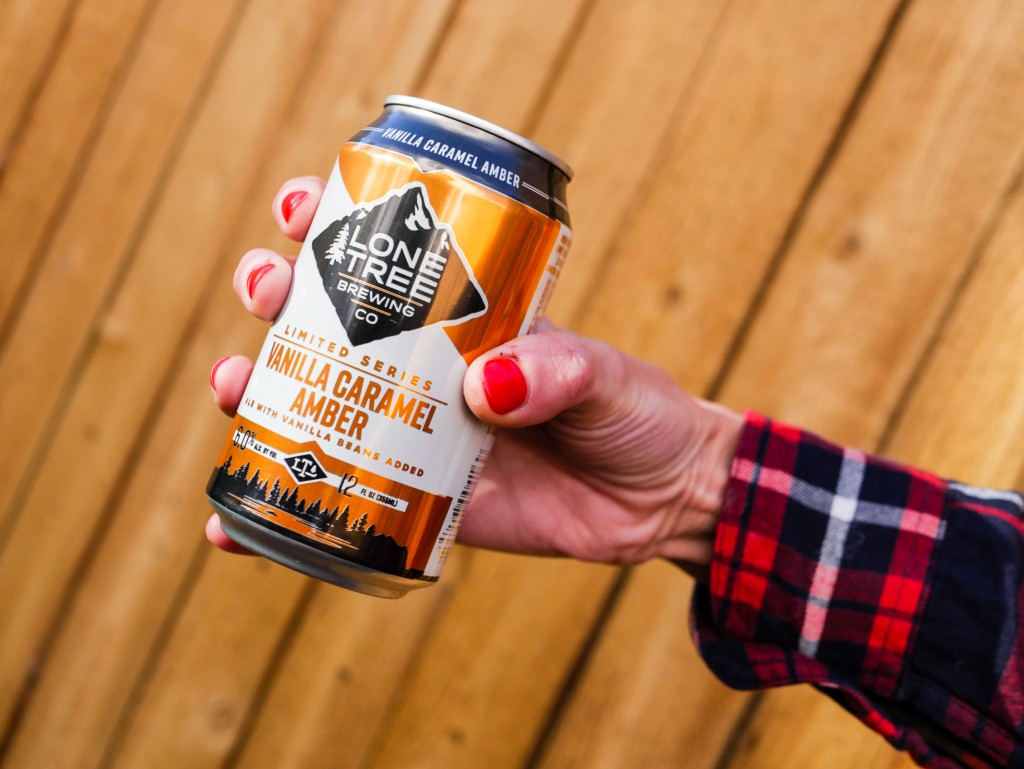 To that end, you’re adding two new beers to your seasonal rotation this year. You’ve got a hefeweizen coming in spring and then towards the end of summer, a pilsner. Those are both German-style beers, which is something new from Lone Tree, right? Has there been a good amount of development and making sure that you can do these properly, given that people have definite expectations regarding their hefeweizens and their pilsners?

Oh, yes, and just so that we’re clear, we’ve always done a lot of lagers and a lot of German-style beers. We actually opened back in 2011 with a hefeweizen, but I’m not so sure the audience that we had in the south metro area of Denver was quite ready for a hefeweizen. They certainly are now.

We made it last year and our head brewer that’s been with us now two and a half years has actually won medals with this recipe. He looked at the recipe that we had when we first opened and then subsequently has changed it, modified it and brought it into taking the best of both recipes and combined it and made it something different. I have to be honest–when we made it last year in a trial batch to see how it would do it, it was like, “Do we need to bring this on full-time again?” We’re always evaluating what our core lineup is and can we find something that we think might outsell one of our products and our core lineup.

As to the pils, we didn’t start with pilsner, but we did start the day we opened with a helles, which is obviously a German lager, but the pilsner–once again, Dennis O’Hara, our head brewer has won awards for his pils recipe and, in fact, this past year the pilsner advanced to the final medal round for the GABF, so we’re very confident in the recipe and what he has produced with it. And we think it’s going to be extremely good.

Going back to something you said a little bit earlier regarding how you want your beers to be the ones that aren’t left at the bottom of the cooler at the end of the party–what always seemed unique about Lone Tree’s offerings is that there are so many breweries out there right now where even their regular offerings are in the 6-7% ABV whereas a lot of your beer, for the most part, is right in the 5-6% range. Obviously, the double IPA or the Hop Zombie bump up a little bit more, but it seems like you’re aiming for beers that people can trust. Someone can go through your Brewer’s Bundle mixed 12-pack and try a couple without tying one on.

We’ve always believed that craft brewery consumers are more about quality over quantity. They’re not there to get drunk. I think that now, within the Denver community, there’s a growing trend to produce lower alcohol beers with the same amount of flavor, if that makes sense. We’ve always focused on that. 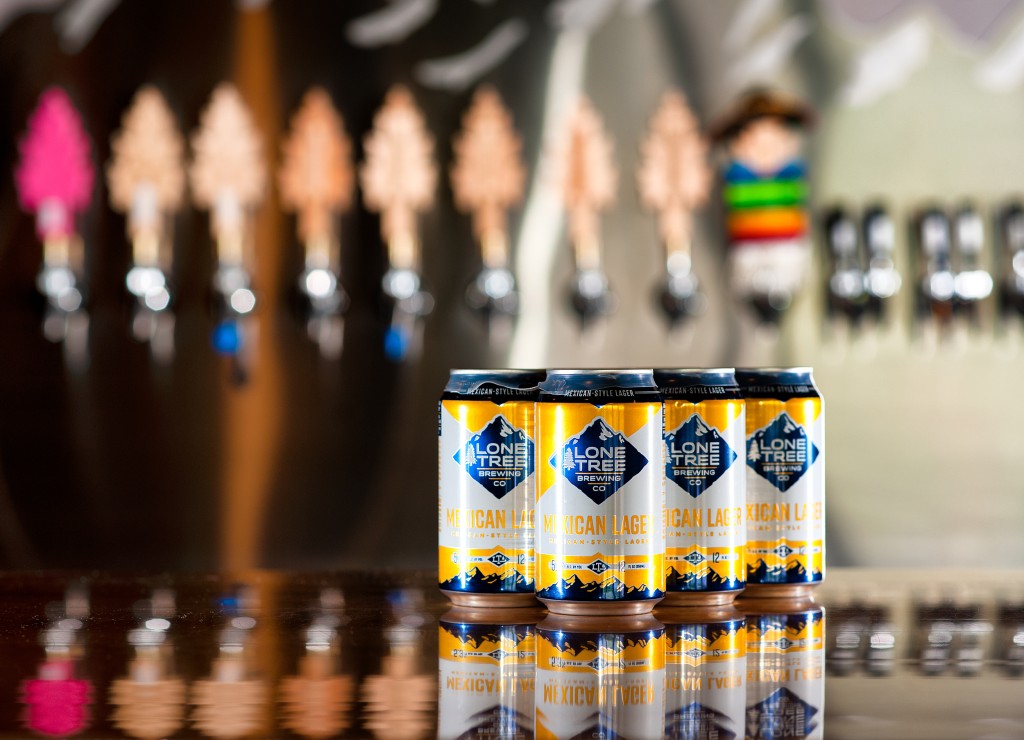 The only place that you distribute outside of Colorado is Kansas. How did that decision come about?

In 2014, a gentlemen [Trey Rolofson] used to come into our brewery all the time and raved about our beers. One day, we got into a conversation and he goes, “I don’t know if you know it, but my family has a distributorship in Kansas, and I just opened a distributorship here in state of Colorado. I love what you guys are doing. I love your beers, but I’m doing wine and spirits right now. I’d love to have beer, but it would be a disservice to take you on, but I really would like to introduce you to my brother and Worldwide Beverage, in the state of Kansas.”

So, Bridget Geiger–who was our head of sales [at the time]–she and I drove out to Kansas and we sat down and talked to Chad [Rolofson]. We said, “We’ve never been involved in something like this before, but Trey has said that–here, we brought you samples. Would you like to carry our brand?” [laughs]

It’s been a really good relationship with them. For our size brewery, they do very well. The last two years have been a struggle because I haven’t been out there [to Kansas] because of COVID. I am going to be out there, probably in the beginning of March, and make a road trip and do some events and sales and stuff like that.

COVID has messed everybody up, but at the same time, without anybody being out there trying to push our beers, we’ve actually done very well in their portfolio. We hope to change that and begin to see some additional growth here in this upcoming year. 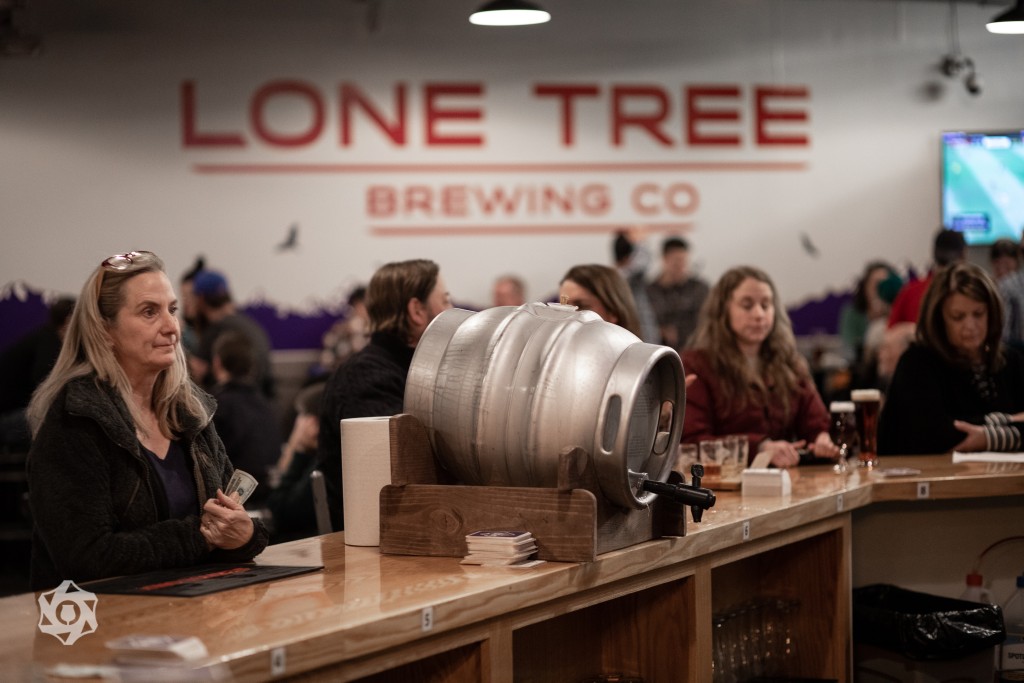 We’ve begun 2022. You have these new beers being added to the seasonal rotation, sales are doing well–what are some of the other plans you have? The Hop Zombie release party has started to take on elements of 3 Floyds’ Dark Lord party, though not quite to that level.

Yeah, we’ve had people actually camp out overnight. We typically give people a t-shirt and a mug or a glass that are always unique and different every year for the Hop Zombie event and yeah–it’s gone nuts. It’s our biggest day of the year and it just continues to grow year after year after year. We continue to set records with the amount of beer that we produce for it and we’re virtually always sold out by the end of the day. It’s a one-day event and it’s pretty remarkable.

The yield is so bad. I hope you understand that, with the amount of hops that we put into that thing, the yield that we get is eight barrels and that’s it. This year we had one half-barrel left and we didn’t know what to do with it. What we’ve decided to do is hold that back and probably, in the next year or two, do a graduation where you can check the out the ’21 Hop Zombie, the ’22 Hop Zombie, and the ’23 Hop Zombie and buy a flight as we move forward. That may become a trend to see how the beer ages, it changes, and what happens to it because it certainly will hold up with the amount of hops that we put in there.

Lone Tree Brewing’s beers can be found in stores throughout Colorado and Kansas, and you can find a store near you at their website.