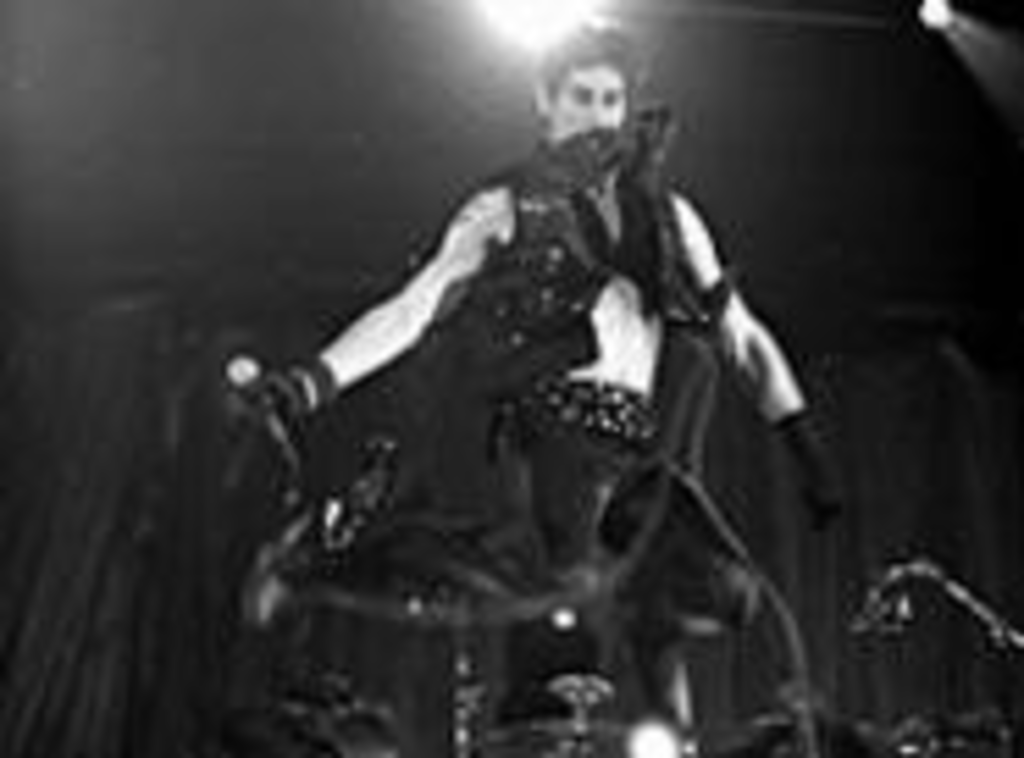 “I grossed my first million dollars on a kid who had six piercings and three tattoos,” Circus ringleader Jim Rose recently told Spin. “Today, I couldn’t give a ticket away for that.” As is so often the case, a freak-show mastermind puts everything in perspective. Twelve years ago, Lollapalooza was a seriously trippy proposition, a castaway from the island of misfit tours. Its groups didn’t get radio play or sell millions of records, nor did any of them sound much alike. But they did speak directly to a burgeoning alternative nation of rebellious teens and wide-eyed gawkers. And these bands, especially headliners/organizers Jane’s Addiction, made a lasting impression as fans learned that musicians could make intriguing artistic statements without abandoning flamboyance and decadence.

In 2003, Lollapalooza is a lot less freaky, and not only because Rose and his merry crew packed up their tents and left the tour years ago. Every group on this year’s main stage appears in regular rotation on KRBZ 96.5. There are no Sonic Youth-style underground legends; there’s no attempt to kick-start a “new alternative,” like 1997’s electronica-loaded bill. With Perry Farrell, Chris Cornell and (on some dates) Dave Grohl all in tow, it’s a glorified ten-year reunion for Generation X members, a chance for them to high-five each other about playing hooky from the corporate cubicle.

The youngsters in attendance at Verizon Amphitheater on July 8 demonstrated with their high-decibel squeals that they’d come to see Incubus. Sharing with Jane’s Addiction only a disdain for wearing shirts onstage, Incubus singer Brendan Boyd leads a competent, charismatic band that takes no real chances. Incubus might be the antithesis of what Lollapalooza was once about, but it’s also the main reason this installment manages to draw decent crowds.

During breaks on the big stage, Lollapaloozers could explore nearby tents, booths and displays, many of which contained sights so pathetic that they sent people back to their seats to watch the roadies’ handiwork. (At one turn, two guys in an otherwise empty tent sang “Red, Red Wine” from a karaoke screen. At another, a trio with wooden-spoon drums and tennis-racket guitars was recreating Manfred Mann’s “Blinded by the Light.”) Then there were second-stage headliners the Distillers, from whom spectators kept a safe distance because Brody Armstrong’s vocals sounded like a prelude to projectile vomiting.

Queens of the Stone Age regurgitated its acclaimed 2002 album Songs for the Deaf in order, boldly making hits “No One Knows” and “Go With the Flow” just part of a program that contained lengthy, abstract instrumental stretches. Guest singer Mark Lanegan ambled onstage when needed, then strolled off without fanfare. With Grohl sitting out this show (his replacement was quite capable), the former Screaming Trees singer was the acting grunge icon, but in a refreshing break from the rock-star norm, he didn’t pad his role.

After Incubus concluded its crowd-pleasing turn, Audioslave took the stage to a literal falling curtain, which caused some Spinal Tap-style panic when it refused to retract, despite a frantically tugging stagehand. Former Rage Against the Machine guitarist Tom Morello demonstrated every sort of solo imaginable: the intertwined two-hander, the one-hand-on-the-strings-while-the-other-gives-the-peace-sign, the-back-to-the-crowd feedback frenzy. And Cornell’s voice still combines bullhorn volume with bulldozer force. But the evening’s highlight was Audioslave’s cover of the White Stripes’ “Seven Nation Army.” Not because it rocked — it was atrocious — but because it nearly caused a purist Stripes fan to spontaneously combust.

“Get off the stage!” he bellowed, lofting his middle finger. Just as his subsequent stream of obscenities ended, an oblivious nearby listener asked, “Was that a new Audioslave song?” At this, the protector of all things Stripes almost choked on his own bile.

Bile drinking was one of the disgusting attractions at the old Jim Rose Lollapaloozas, but in 2003, fans get nothing more provocative than the Lolla girls, who basically reenact the Charlie’s Angels movies without the sporadic humor or amusing costumes. The Lolla girls writhed about before Jane’s Addiction took the stage and kept slithering through most of the band’s tunes, which needed the visual distraction. The older songs suffered from Farrell’s atrophied pipes and bassist Eric Avery’s absence; the new ones just weren’t groundbreaking. Twelve years ago, the mixture of jangle-glam riffing, power-funk bass lines and an androgynous, sex-charged singer turned the music world on its ear, which it then pierced multiple times. Now, nothing’s shocking.