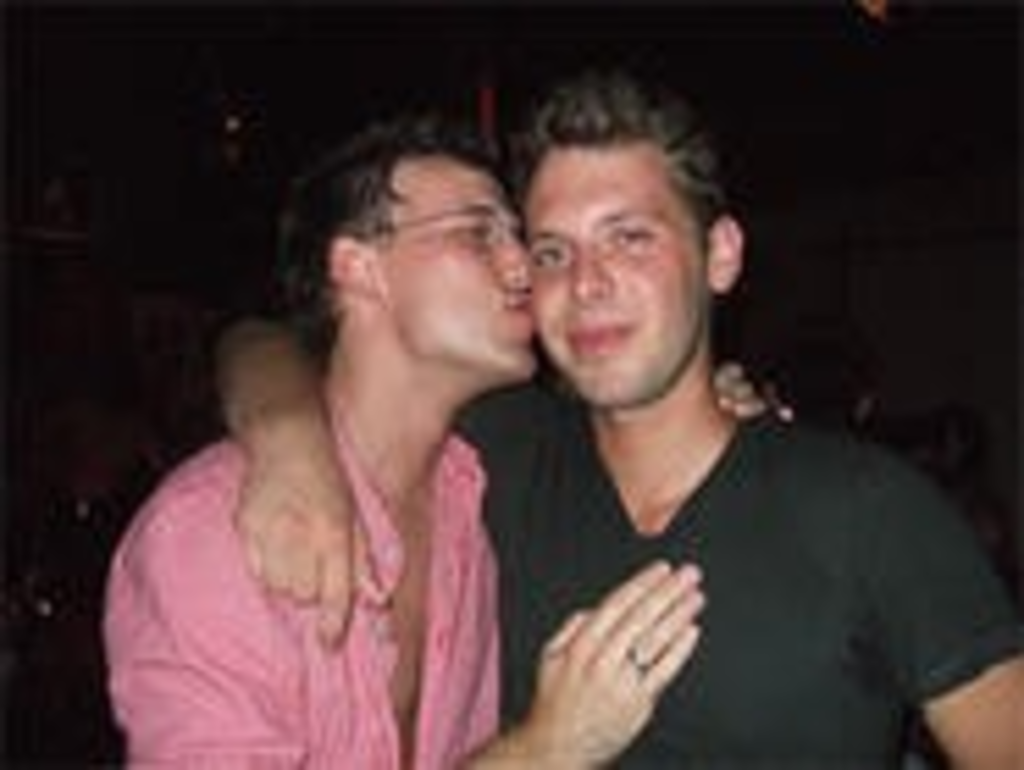 To celebrate his 35th birthday, my friend David Wayne Reed came up with a brilliant theme for his party: I-35, where interstate-themed costumes were highly encouraged. When I asked him what that meant, he replied, “You know, like a five-legged calf or a roadside attraction. Or a lot lizard.”

My history with David, a man-about-town and new KC Magazine columnist, goes back to that balmy summer of 2003 (cue Green Day’s “Time of Your Life”). We met through mutual friends, and he introduced me to the actors in the now-deceased Late Night Theatre. LNT’s Ron Megee hosted I-35 at his West Bottoms loft, which is also called the Student Union. Megee calls it his “secret speakeasy,” for the fantastic, whimsical parties that he and his partner throw for their friends.

Anyway, I promised David that I’d show up as the World’s Largest Ball of Twine. My initial idea was to wrap twine around two interlocked hula hoops. It sounded like an engineering nightmare. Instead, I unraveled a spool to make a ball o’ twine, which I wore around my neck. I know, that’s totally lame and doesn’t do justice to the famous Kansas landmark. However, I was pleased with the “merge right” signs that I made for Research Assistant Erik out of yellow poster board.

We got to the Student Union around 11:30 p.m. The first thing I saw, after saying hi to David, was a pair of boobs. I had accidentally wandered into the back room, hoping against hope to find another bathroom hidden back there. A woman was getting her chest painted, so I hastily backed out and went to the actual restroom. Along the way, I passed a wall adorned with kitschy Jesus paintings and a roaring fake fireplace with a snarling bearskin rug in front of it. The main feature of the spacious loft was the raised stage in the middle of the room. Green sateen curtains with gold fringe provided a backdrop for the floor show. Jutting from the stage was a narrow runway, which had been painted to resemble black asphalt with white highway divider lines. Best of all, Megee had hung a playground swing from the ceiling at the back of the stage area. “No one’s been injured on the swing yet,” he said.

Off to the side was a semicircular red booth, where David held court. Across the room from that was the circular concrete bar-kitchen area. That’s where we filled plastic cups from a keg of PBR. Onstage, a guy dressed in a blond wig and a red sequined dress imitated Dolly Parton with a slow ballad about Jesus and salvation. The mood of the room grew somber. Dolly was at the end of the runway, faux-wailing the song, when some comic relief emerged from behind the curtains. The boob woman from backstage started dancing with a guy on the runway. The chick pulled up her halter top and flashed the crowd. We could barely make out the “Happy Birthday” painted on her chest. The song ended, and they left the stage.

A new guy took their place and announced that it’s not a party until the woman, named Courtney, showed her tits. He then proceeded to roast David. My attention started to wander a bit to the costumed crowd. I spotted a woman sporting an orange construction worker vest and hat. A guy had dressed as a ’50s-style middle-aged tourist, with a vintage camera around his neck, a polo shirt tucked into shorts, a brown fedora, black knee-high socks and brown-leather lace-up shoes. There were also a good number of trucker outfits, which consisted of sleeveless plaid shirts, jeans, giant belt buckles and mesh baseball caps. I assumed these were in honor of Mother Trucker, the play that David wrote and directed for LNT. Not surprisingly, Mother Trucker was projected, on a huge scale, onto one of the walls.

After the final act, David was summoned to the stage, where we sang and clapped “Happy Birthday.” Then he blew out the candles on his luscious cake. A guy named Marlin made the lemon-flavored confection, which had berry purée between the layers and a red-and-blue I-35 sign on top. He had stuck sugar cookies shaped like cars to the sides. The cars had melted candy “glass” in the windows. As we sat on a sofa to devour our slices, Atticus — Megee’s wire terrier — came over and sat at our feet. We resisted his pleading eyes. “He’s such a good dog,” Megee said later. “Noise doesn’t bother him.”

That’s good, because the music got turned up and everyone started dancing. Appropriately enough, the Bee Gees’ “You Should Be Dancing” blared from the speakers. Megee got onto the swing while scantily clad svelte men and lithe women gyrated on and by the runway. A tall, thin shirtless guy in short shorts and plaid wedges put his hands on a pillar and stuck his butt out. A chick with short red hair in denim shorts, a sheer pink shirt and cowboy boots playfully spanked him. Later, she unbuttoned her shirt to reveal sparkly, purple star-shaped pasties on her breasts. Then she and a blond woman in a black embroidered bra, black hot pants and knee-high boots got on the runway and writhed with each other. I wanted to meet them, but the woman in the black bra seemed occupied later when a guy in jean shorts took off his shirt and gave her a lap dance.

Instead, I met 21-year-old Garrett, who was bare-chested and wore a cop hat. He was sharing a chaise longue with Cassie, his 19-year-old best friend. She had taken off her blue state-trooper hat, due to the steaminess inside the loft. I asked if they had any good road-trip stories. Garrett said he once rode on a bike from the Art Institute to Lee’s Summit while clutching the back door handle of a car going 65 mph. “It was kind of scary. It was a $5 bike,” he said.

The trippiest part of the night, though, was the amount of breastises that were bared. The redhead with the purple pasties had her shirt off for a while. Then I ran into my friend Rita, who bared her top half entirely. “There are so many topless guys. How can I resist? I didn’t have pasties,” she said.

Apparently, toplessness is the new roadside attraction along the stretch of I-35 known as David Wayne Reed’s epic birthday.