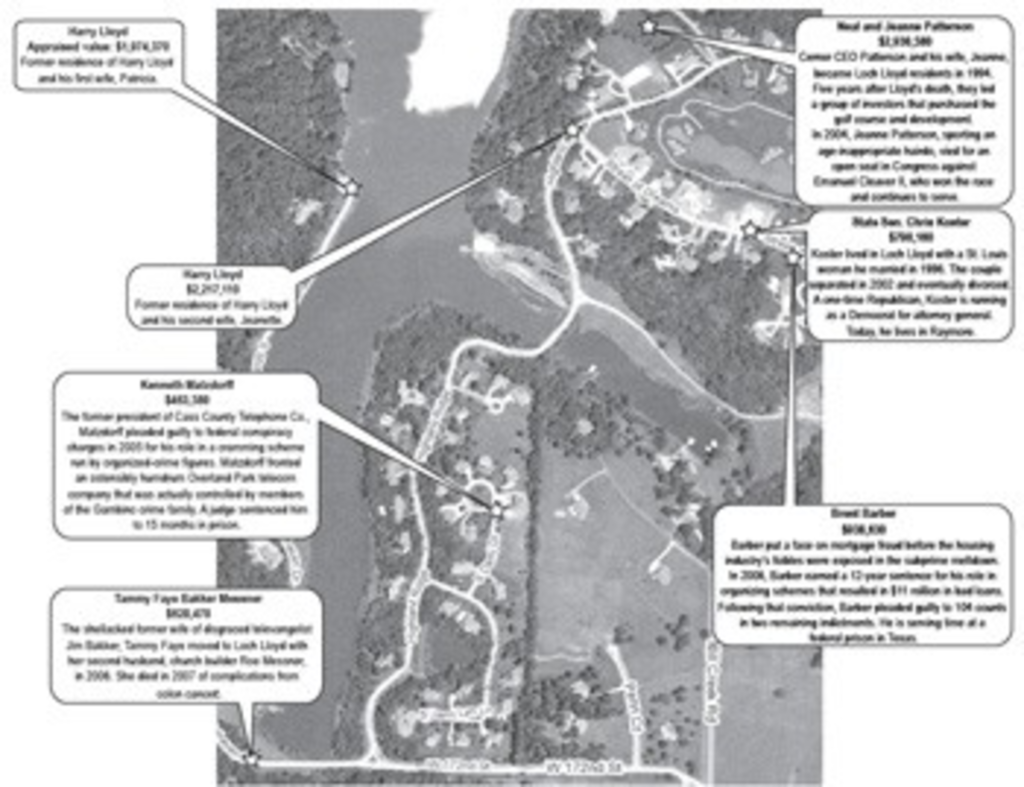 The Village of Loch Lloyd seems impervious to the pain others are suffering due to $4-a-gallon gas and falling home prices. Developers of the gated community in northern Cass County recently announced that Tom Watson will redesign the golf course and add new holes. More fairways mean more ostentatious houses; the developers say Watson’s work will open up 220 residential lots in a neighborhood where home prices reportedly range from $400,000 to $7 million.

The Department of Burnt Ends admits to being fascinated with Loch Lloyd and the inordinate number of interesting people who have pursued the good life behind its gates. At one time, Loch Lloyd was home to two people under federal indictment and a woman running for Congress.

Loch Lloyd was founded by an audacious man. Before his death in 1997, Harry Lloyd lorded over a Grandview-based multilevel marketing company that sold toys and gifts via a network of Tupperware-style home demonstrators. A giver to evangelistic causes, Lloyd once invited a Kansas City Star reporter to watch him pray to his statue of a tough-looking Jesus, noting, “He was a carpenter. He was a real man!”

Here’s the closest the Department of Burnt Ends might ever come to producing its own, Hollywood-like map of current and former celebrity homes.