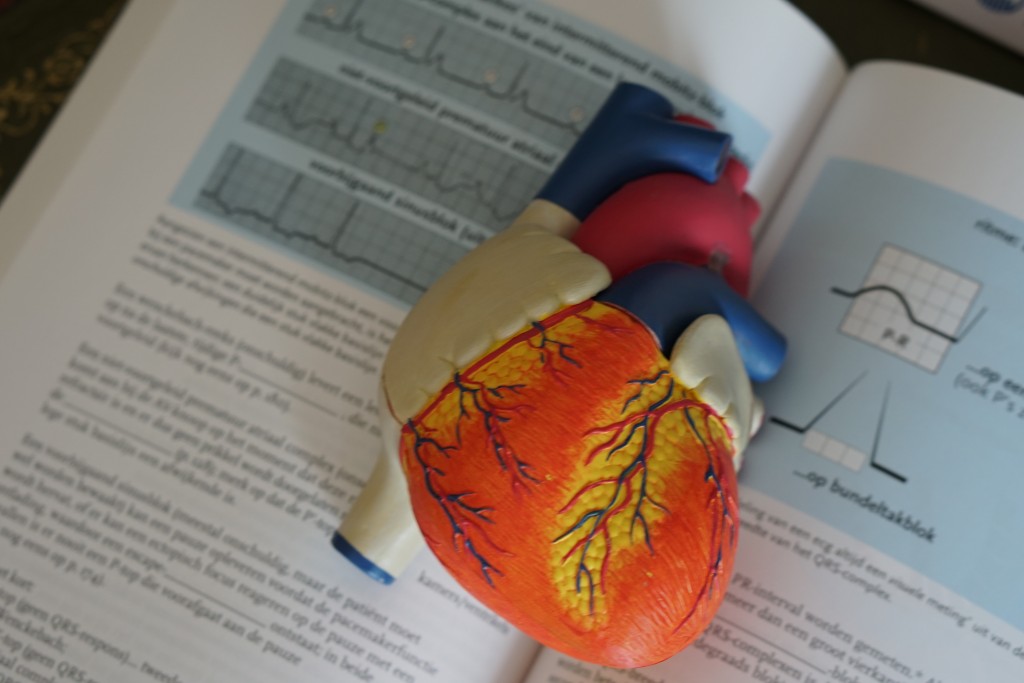 Maurice Riddle was once told by doctors he wouldn’t live past 17 years old.

Now 37, Riddle has found himself in a unique position to spread awareness around his disease.

Riddle’s family first discovered his condition at two years old, when he awoke clutching his chest and screaming. The first true memory he has of being cognizant of his ordeal was when he was in fourth grade.

“I was told I couldn’t do any contact sports, that if I went swimming I would have to take a shower afterwards,” Riddle says.

It was a huge adjustment, especially for a child of that age.

“I had to learn early on how to dress for certain weather, how to stay warm when I needed to stay warm. How long I could stay outside and when it was hot, because a lot of people don’t realize that dehydration is a major factor when it comes to sickle cell. So whether it’s hot or cold, we have to stay hydrated,” Riddle says.

The education process is forever ongoing.

“I would say any sickle cell patient that’s taking a hands-on approach to their own care, would always be learning something. Even though you feel like you have a really good grasp on it, there’s always something else to learn. I have the benefit of a care team that’s always willing to find out what information I know. And at every doctor’s appointment, my nurse practitioner or one of the nurses will come in with something new that I didn’t know, and try to teach me about it,” Riddle says.

In the first week of a recent treatment cycle, Riddle couldn’t run a half mile. Now, he’s able to do a mile and a half in 18 minutes, 47 seconds.

“It’s a slow run, but it was the first time we were all learning what my body can handle and what I can’t handle. I pushed myself right into a sickle cell crisis, recovered and then started all over again. It’s like, you know, okay, I can’t do that. So I’m gonna dial back a little bit, and this is what I’m going to do tomorrow,” Riddle says.

In time, he was able to complete the distance—an impressive feat for many, let alone a sickle cell disease survivor. While not everyone with the disease can accomplish running such a distance, Riddle says it’s important to gauge what one can and cannot handle.

“Even though you feel like you have a really good grasp on it, there’s always something else to learn. I have the benefit of a care team that’s always willing to find out what information I know. At every doctor’s appointment, my nurse practitioner or one of the nurses will come in with something new that I didn’t know, and try and teach me more about it,” Riddle says.

Access to healthcare is a widespread issue for anyone in America. This issue is even further complicated for those living with sickle cell disease.

“Everybody—even in a pain episode—everybody’s pain episode manifests differently. A pain episode for mental stress may manifest differently from one from physical stress,” Riddle says. “It’s important for the general population to know that we’re all different, but, at the same time, we’re all just like everyone else, we want to live our best lives to the best of our ability.”

Riddle’s worst pain episode lasted 33 days, while the more mild ones can linger for several hours.

Riddle encourages others suffering from the disease to try new avenues for healthcare, even if they’ve had bad experiences with certain medical professionals or clinics in the past.

“I have actually been in a hospital and heard the doctor say that he felt like I was playing up the issue of medication safety. And that hurts. Because we’re in real pain. We need treatment, we put off the appointment because someone somewhere developed a level of disbelief in your mind. You’ve associated that to all sickle cell patients,” Riddle says.

An important aspect of the ongoing and very public battle between pharmaceutical companies and the people they purport to serve is opioid addiction. This, too, is a daily consideration for sickle cell disease survivors.

“There are some patients out there that get the medicine and they become dependent on the meds. But there are also a lot of us out there that are only getting pain management when we absolutely need it. You’re reducing your use, you’re trying not to take it unless absolutely necessary,” Riddle says.

Riddle says he only goes to a clinic for pain management once or twice per year, and that is only in the rare event that he cannot fight the pain episode at home with the assistance of his wife and daughter. Part of this is because of the stigma many sickle cell patients can face in a clinical setting.

A few days prior to our interview, Riddle had encountered a man who was hesitant to reach out for the care he needed. This was not the first time such an interaction occurred, either.

“He refused to try and see a doctor because it costs too much. I said, ‘don’t let the fear of healthcare shy you away from healthcare’. Some offices will actually point you in the right direction to get most of, if not all of your treatment taken care of, okay, there’s some assistance for sickle cell patients, there’s really only one, you just have to have to be able to tap in for the right resources. Look past the barriers, there really are resources out there, we just have to tap into those resources and figure out where those resources are. And for that individual, I’ve directed him to the sickle cell clinic there in Kansas City,” Riddle says.

Daily pain management is one of Riddle’s primary concerns, and it ultimately comes down to the patient themselves—and their supporting group—to handle it. His wife, Janelle is his primary ally.

“Even after educating her [about sickle cell disease], she knows she can look at me and tell when I’m in pain. But she also knows that because I don’t like being on my pain meds—because I don’t like not having control—she will not try and encourage me to do anything different until she sees a certain level of pain,” Riddle says.

For a time, Riddle could see himself becoming dependent on those medications. In these cases, he would begin letting Janelle have strict control over where the medicines would be hidden in order to otherwise prevent a relapse—a constant concern for sickle cell patients.

Before they had their daughter, Janelle was tested to see if she was a carrier of the trait and was not. Still, Riddle’s daughter had to learn at a young age how to proceed if she was ever with her father during a pain episode.

“She’s really one of the people that keeps me active. Because you can’t have an 8 year old and not be able to run around. That’s kind of an additional supporting factor for me, I have a baby girl. I would love to live long enough to walk her down the aisle. I’m going to do everything I can to see her graduate, I want to see her start her new career, I want to see her get through college—whatever it is—every day I take one day at a time with that ultimate goal of her ‘first’ for everything,” Riddle says.

Riddle attributes his day-to-day strength to his family’s support, and an ongoing desire to know more about his disease and his limits—and encourages any fellow survivors to do the same.

“Knowing your limits, knowing what your individual triggers are. Knowing and having really your own at home pain management treatment plan is very important. You don’t want to wait until your pain is so bad that it’s unbearable. If you are a sickle cell disease survivor, please don’t be afraid to go and get care. If nothing else, go to the nearest clinic, and ask for information. Don’t let fear of payment deter you from treatment and care. You have the right to live. There are organizations out there,” Riddle says.