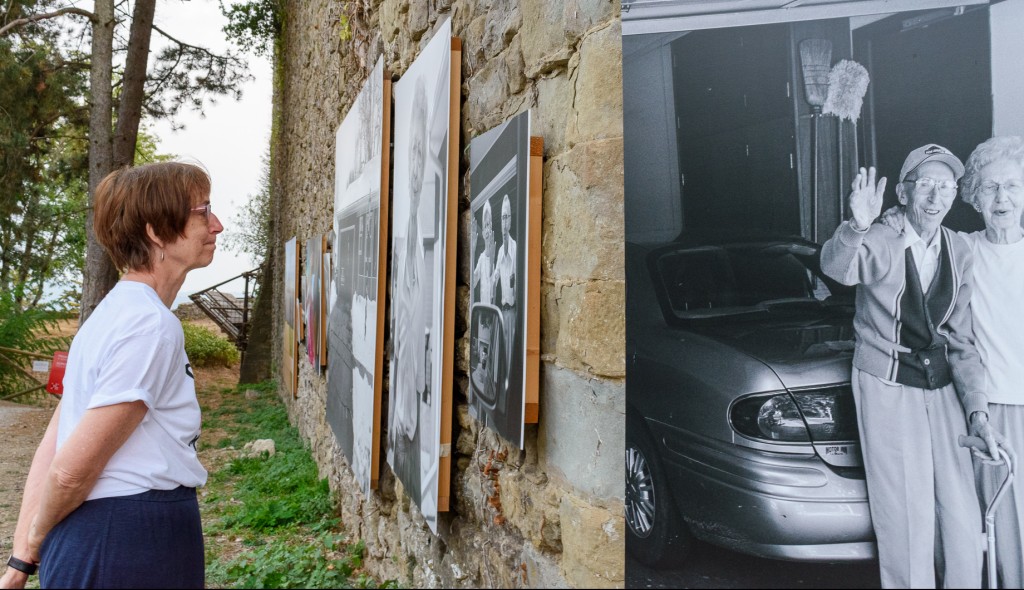 For 27 years, local photographer Deanna Dikeman would casually click a couple of shots of her folks waving goodbye as she pulled out their driveway in Sioux City, Iowa. In 2019, Dikeman unveiled the series, “Leaving and Waving,” which slowly, but surely found critical acclaim. A well-received piece in New Yorker propelled Dikeman—and the heartfelt photos of her late parents—into the spotlight.

More interviews, a book deal, and buzzworthy accolades soon followed. But to hear her tell the story, the series started as a happy accident of sorts. “I didn’t set out to make this project. I only found it when I sorted through my notebooks full of negatives,” she says.

As Dikeman poured over her images, she saw the leaving and waving series not only come to fruition but come to life. “I hadn’t realized how many I had taken,” she says. “I made a short, self-published book called ‘27 Goodbyes.’” Dikeman entered that book in a competition and scored an honorable mention. “Dad died shortly after that,” she adds. “By then, I understood that the goodbye pictures were telling a story, so I kept going—with just my mom waving. I knew that eventually, I would have an empty driveway—and one last photo to take.”

Momentum built during the 2020 pandemic and Dikeman’s book featuring her parents’ vignettes was published earlier this year.

“It sold out in two months,” she says.

Cortona, Italy was first and wanted to feature Dikeman’s pictures in their annual Cortona on the Move art installation. In June, when Dikeman started seeing snapshots of her work being installed on an ancient fortress stone wall, she was blown away. The pictures of her parents were not only larger than life, but they were also prominently front and center on posters and billboards leading into the tiny Tuscan city. “I felt the lure to go see it and I convinced my son to go along. It wasn’t a hard sell—after all, he was shown in the goodbye images too,” she says. 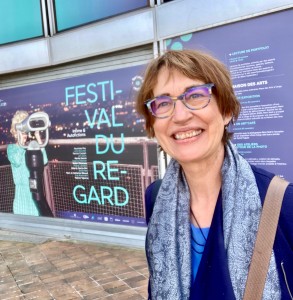 The trip, she says, felt like a pilgrimage. “Three flights and a car ride to get to Cortona. Then an uphill hike to the Fortezza del Girofalco, into the old fortress, back outside along a path, arriving at a red sign with my name and an arrow pointing to an opening in a stone wall,” she reveals. “When I looked up at the wall, I was speechless, amazed, and my eyes filled with tears. All I could say was, ‘I’m so glad we came.’ It was especially marvelous to be with my son, who had been in the car or in the photos for so many of those goodbyes.”

Tourists and locals jockeyed to meet her. Several even stopped Dikeman during her visit to tell her what seeing the pictures meant to them. Meanwhile, more newfound fans started flocking to Dikeman’s website and Instagram page to leave her powerful messages of how the exhibit had resonated with them. Seems parental love is a universal theme.

After Cortona, the duo flew to Paris, where “Leaving and Waving” was installed at Festival du Regard in Cergy, France. “This was a small intimate exhibition in a room in a former post office building,” mentions Dikeman. “Quite the opposite from Cortona’s outdoor fortress.” 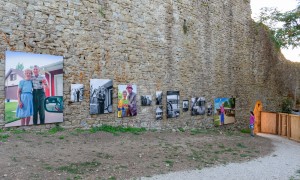 While in France, Dikeman even got a few sightseeing ventures in—you know, when she wasn’t busy being a celebrated American photographer.

“We got to see Christo’s Arc de Triomphe art project in Paris,” she says. “Even though it was raining the day we went, the cloudy sky gave the silvery fabric a beautiful glow. The fabric looked soft, flowing, and fragile, but up close you could see it was a stiff plastic. We saw official-looking people in rain ponchos handing out little silver squares, so we joined the line to receive a 7-centimeter square souvenir. I have a piece of the Christo fabric. How cool is that?”

Dikeman’s beloved parents will hopefully continue their international tour in 2022. “I’m now talking to another site in Europe, plus possibly another international exhibit,” says the Johnson County photographer. “But details are not ready to be announced yet.”

In the meantime, “Leaving and Waving” has a few local upcoming shows that don’t require a passport. Dikeman will debut her next show at the Volland Store, just outside of the town of Alma, in the Kansas Flint Hills, February 5 – March 27, 2022.

In addition, she just juried the Current Works 2021 show for the Kansas City Society for Contemporary Photography. “It opened December 3 at Leedy-Voulkos Art Center and will continue until January 31, 2022,” she says.

“I am excited about this showcase of all the photographic and artistic talent in our area.” 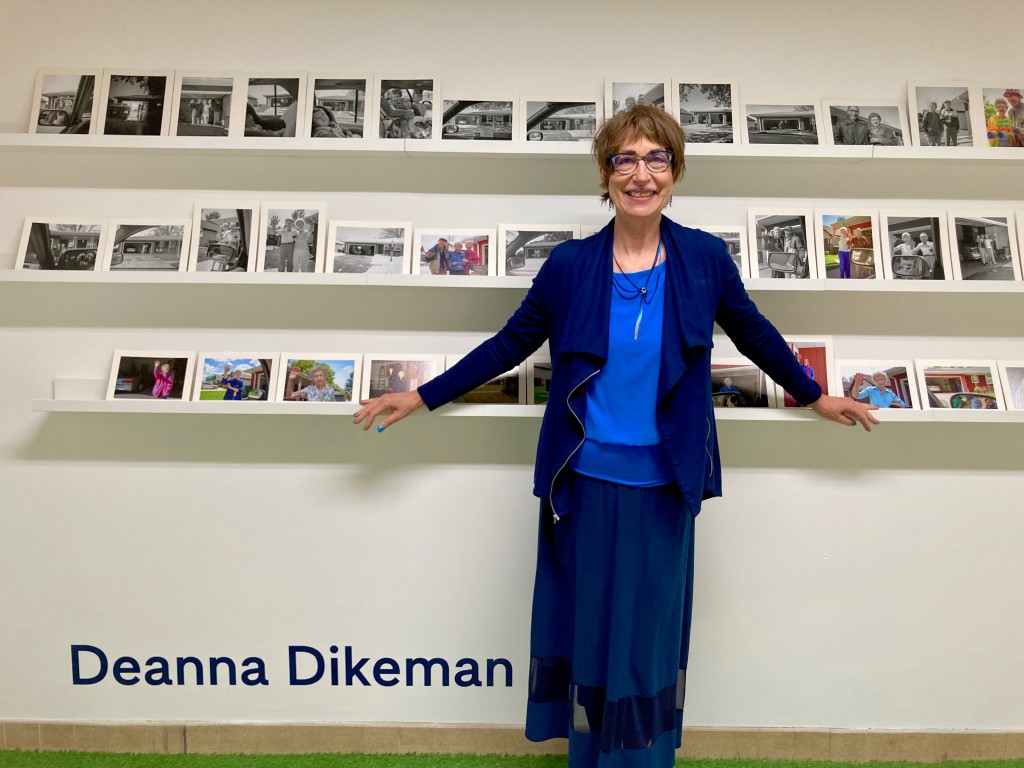