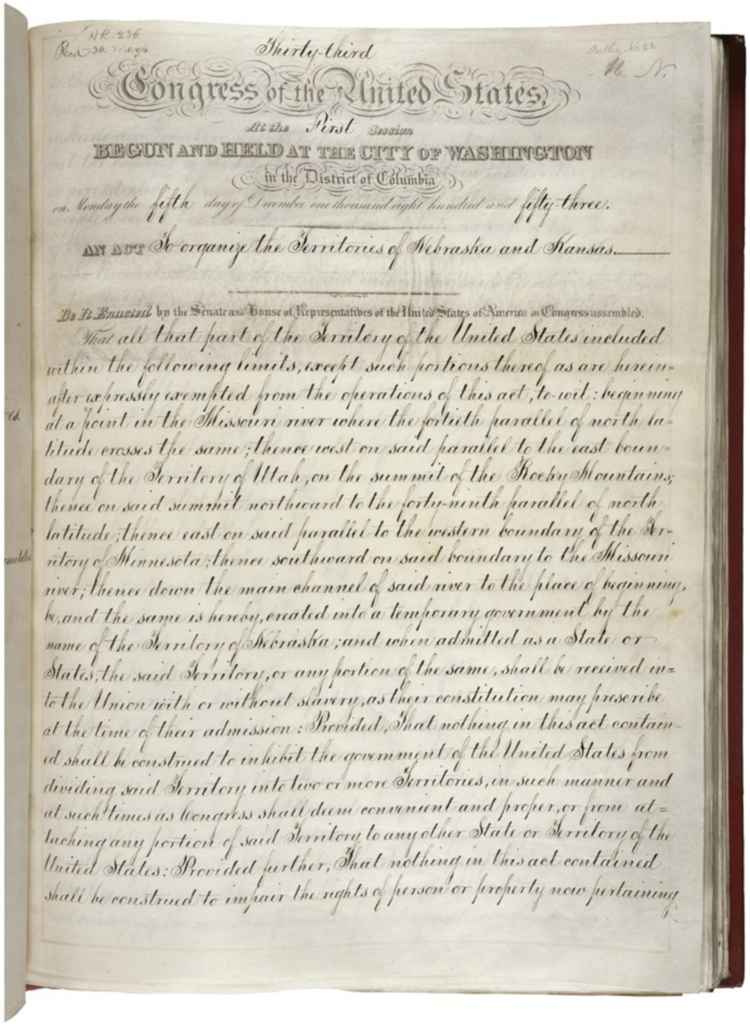 Most Kansas Citians know that there were violent confrontations between
pro-slavery and free-state settlers in Kansas before it became a state.
But what set off this volatile era? “Most people think they know
what the Kansas-Nebraska Act is,” says Kimberlee Ried of the National
Archives at Kansas City. “But seeing the real thing puts it all in
perspective. The act set the stage for battles, massacres and
fraudulent elections — even an assault in the Senate.” It is very
rare for the original 1854 document, titled “An Act to Organize the
Territories of Nebraska and Kansas,” to leave the National Archives
at Washington, D.C., but the local facility, at 400 West Pershing Road,
has the act and other related historical documents — handbills,
cartoons, photographs and clippings — on display through January
23, 2010. The exhibit hours at the National Archives at Kansas City are
9 a.m. to 5 p.m. Tuesday through Saturday. Call 816-268-8000 for more
information.